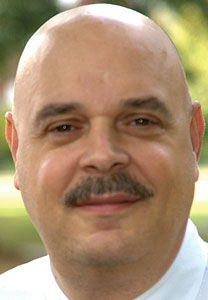 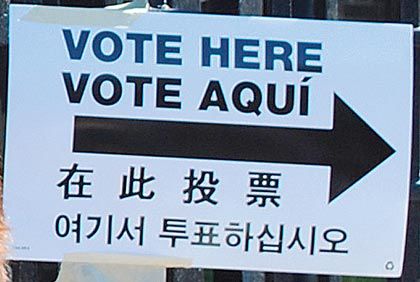 Election Day is Nov. 5, and early voting is underway through Nov. 3.

Election Day is Nov. 5, and early voting is underway through Nov. 3.

On Nov. 5, voters will be asked to make a fundamental change to the City Charter and the way we vote. Ranked-choice voting or RCV will be Question 1 on the ballot, and as with every issue, there are two sides to the coin.

According to its supporters, RCV creates a fair process to elect a candidate in a single election without the need for a costly, low voter turnout runoff election. It works by allowing voters to rank their favorite candidates in numerical order of preference. If there are five candidates, you rank all five, favorite to least favorite. In the first round of numerical counting, if a candidate gets a majority of first-choice votes, that candidate becomes the winner and the election is over. If there is no majority in the first tabulation, then the candidate with the fewest votes is eliminated. If the eliminated candidate was your first choice, then your second-choice candidate now becomes your first choice. This process of multiple rounds of counting and candidate eliminations repeats until the candidate with a majority of the remaining top preference votes that has not been previously eliminated emerges to become the winner. Many think this system is fair since every voter has been given an opportunity to rank the candidates in order of preference and a candidate wins only when he or she has risen to the top of the preference list.

But others, like former California Gov. Jerry Brown Jr., don’t see it that way. In 2016 he vetoed a California bill that would have expanded ranked choice voting, saying it was “overly complicated and confusing ...” Opponents of RCV say it creates a mind-numbing, skewed system of proportioning votes that often results in a candidate winning an election with only marginal voter support. The big problem with RCV arises when voters fail to rank all candidates, a phenomenon known as “ballot exhaustion.” On a ballot with many candidates, voters may not drill down the full list of candidates to select a complete order of favorites. These voters are likely to rank their first and second choice, and perhaps even their third choice, and go no further. This ballot exhaustion, opponents say, creates a fundamental flaw in RCV. Let me explain. In an election with five candidates in which you ranked only one or two and they were subsequently eliminated in the first two rounds of RCV vote tabulations, your vote is essentially cast aside and doesn’t figure in the final outcome. In effect, it is as if you never voted and sat out the election. Since there are multiple rounds of counting in RCV until a majority of voters that have not been previously eliminated are counted to establish the winner, the new winner is likely to have neither a majority of all those who actually voted, or all of those who had listed this candidate as their top choice. As a result, RCV can easily lead to candidates being elected without a majority of all votes cast and without a majority of all first- or second-choice votes.

Proponents of the time-tested traditional runoff election between two competing candidates who received the largest pluralities in the general election say voters are given an opportunity to re-examine the candidates and the issues in order to make an informed decision. This process guarantees that the winner will have a genuine mandate from a majority of all those who vote, crucial for the democratic process to work fairly.

Supporters of RCV say that runoff elections cost too much and low voter turnout doesn’t measure voter sentiment as accurately as RCV. Conversely, RCV opponents say a candidate can easily emerge as a winner who was a third- or fourth-choice candidate for many voters and would never have been elected in a traditional runoff election. They argue that this scenario is not farfetched and RCV’s convoluted and confusing multiple rounds of tabulations will make the election of marginal candidates more likely.

On Nov. 5 you will be asked to choose between RCV and traditional runoff elections. Now you have the tools to make an informed decision.