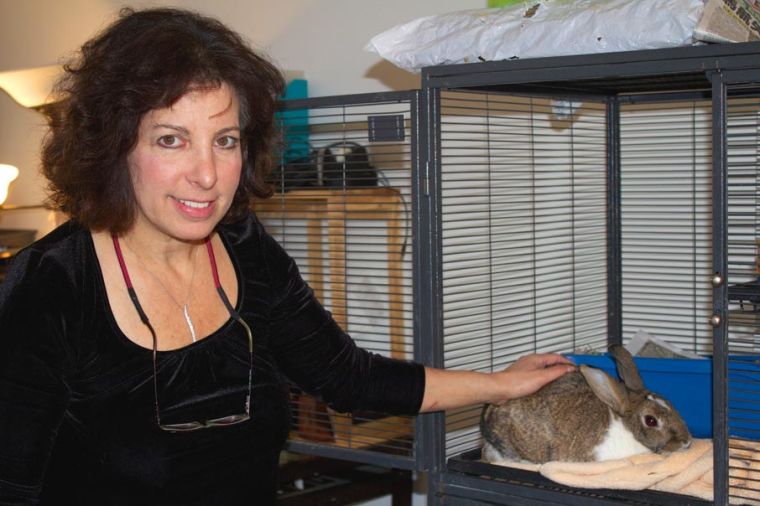 Vivian Barna of Forest Hills with Heather, one of the rabbits she has rescued. Very often people get rabbits for the wrong reason and then no longer want them. 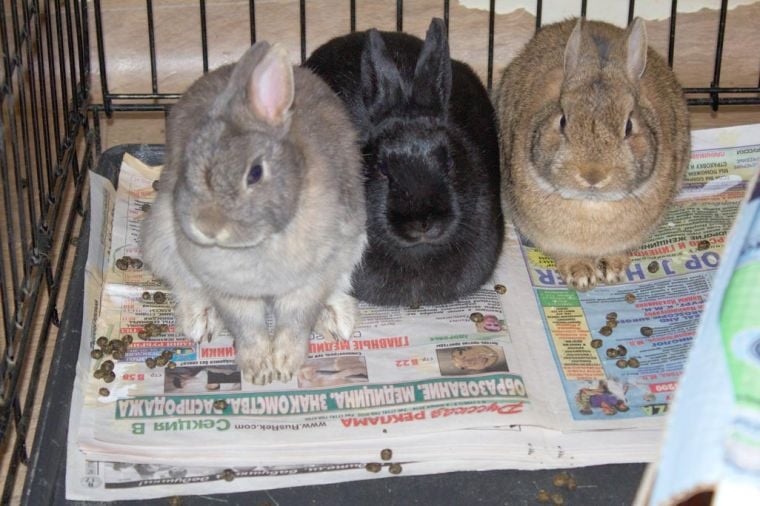 Vivian Barna of Forest Hills with Heather, one of the rabbits she has rescued. Very often people get rabbits for the wrong reason and then no longer want them.

Vivian Barna of Forest Hills could not be more passionate about saving rabbits discarded by owners who no longer wish to care for them. The full-time real estate broker founded All About Rabbits Rescue and dedicates her personal time to caring for rescued rabbits, setting up adoptions, rabbit education and volunteering at pet shop adoption locations.

Barna grew up with dogs and once worked to rescue them until the day she came across a stray rabbit with upper respiratory problems in Queens, who became her first pet rabbit. After that, she was all about rabbits.

Although rabbit purchases are known to spike around Easter, Barna says that thoughtless and impulsive bunny buys are problematic all year round.

Barna urges people to adopt rabbits through the NYC Animal Care and Control, Petfinder, or rescue adoption locations, such as the Petland Discounts on Austin Street in Forest Hills and 72nd Street in Manhattan and Petcos in Manhattan. Adoptions ensure the new owners are educated in proper rabbit care and the pets are already spayed or neutered, which eliminates behaviors that would lead people to abandon rabbits.

Pet stores sell rabbits, with practically no questions asked, according to Barna. “The consideration for adopting a rabbit should be no different than getting a dog or a cat,” she said, adding that “even more consideration is needed for a rabbit. It’s a high-maintenance special-care pet for a 10-year stretch that needs full understanding.”

AARR adopted out about 45 rabbits in the past year and half, she said. The rabbits came from pet shop purchases, some were strays and some were because the owners were moving.

Some surrenders were averted due to Barna’s suggestions. Often, people who purchase more than one rabbit don’t know the sex and become overwhelmed when the rabbits produce offspring. The owners then unload the babies at shelters or outdoors.

NYCACC took in 380 rabbits in 2013, 341 in 2012, and 283 in 2011. Many were surrendered by their owners, others were recorded as strays. The vast majority were adopted or placed with New Hope partners, an ACC initiative that finds homes for unwanted pets, and other rescue groups and shelters.

Barna says the New York City shelter is frequently overcapacity and fears that if the problem continues to grow, the shelter system will seriously consider euthanizing rabbits.

In the weeks after Easter, Barna’s rabbit rescue, the Queens Zoo and the Alley Pond Environmental Center all receive calls from people who want to get rid of their rabbits.

Scott Silver, the director of the Queens Zoo, said that each year, they get an average of two to six rabbits, with the most being around eight or 10.

“Everyone thinks they’re the only one who thinks of calling the zoo,” Silver said. The zoos typically refer callers to NYCACC and rabbit rescue places.

“When people want to spend time with rabbits, they should come to the zoo, unless they’re ready to accept the responsibility,” Silver said. The farm side of the Queens Zoo has three Flemish giants, the largest breed of rabbit. Each is about 20 pounds, but they can grow larger.

One year, someone dropped off 20 rabbits to APEC, which hopped all over until staff and members caught them, according to Aline Euler, the center’s curriculum and grant developer. Some were very ill and had to be put to sleep, while the rest were put up for immediate adoption. The center can only take rabbits if they have space.

Euler recommends that people try to find new homes for their unwanted rabbits by asking friends, neighbors, family members or going through schools, religious organizations and other networks to take them in before surrendering the rabbits to pet stores or shelters.

“There needs to be a realistic assessment of whether a person is able to take care of a rabbit,” Silver said. “The problem with respect to pet care is that people don’t know what they’re getting involved with, with rabbits.”

Euler said parents sometimes don’t think when making a decision about a pet. “Often the child says ‘Mommy, I want that” and then the parents realize it’s more work than they bargained for,” she said.

A lot of rescue groups are cautious when adopting to families with children, but AARR will do so as long as the entire family is interested and invested in petcare, not just the children. The parents must promise AARR that they will supervise the children to make sure they are quiet and gentle with the rabbit.

Euler pointed out that rabbits can live for more than 10 years and parents are often left with them when their children go away to college and summer camp. Nevertheless, she believes that children benefit from having pets because it gives them a sense of responsibility and fond memories.

Rabbits require a lot of hands-on care, such as being brushed weekly, having their nails clipped and their litter boxes cleaned. Their diet consists of a variety of greens, hay and pellets and they regularly need new chew toys. They need boxes to hide in, litter boxes and nonskid flooring.

Also important, bunnies need space. Their cages must be large and although rabbits don’t need to be walked, they need time to run around. However, their time out needs to be supervised — unless the house is fully rabbit-proofed — devoid of wires, household plants, baseboard molding. Leather items also need to be protected.

Vet care for rabbits can be very expensive, exceeding the cost of caring for dogs or cats. Rabbits need to be spayed, neutered and cared for. Adopted rabbits are already altered. Rabbits are also prone to gastrointestinal problems, which can lead to sudden death. Rabbits are only 10 percent bone marrow, so dropping them can cause fatal injuries.

AARR has rabbits housed in foster homes and various adoption locations and is seeking an official shelter location for adoptions and education programs.

Heather, a rescued rabbit, is overweight from improper nutrition. Barna said this is common because owners give their rabbits too many treats and high-calorie alfalfa pellets when they should feed them lower-calorie Timothy pellets, grass and hay. Rabbit obesity leads to other health problems.

Another rabbit, who Barna named Talia, was exhibiting signs of discomfort because her fur was so matted it formed a gigantic hairball mass on her back.

“Rabbits should be treated gently because they are cautious and a little scared because their natural disposition is to protect themselves,” Euler said.

Barna explained that rabbits are prey animals, so they do not behave like dogs or cats. Many people who buy a rabbit impulsively don’t know this and are often disappointed. “Rabbits are wonderful pets if you understand them and you appreciate them and form a relationship on their terms. They don’t always come to you, but they allow you to gently pet them and I just love them.”

Silver said he understands people’s connection to animals: “I see it everyday at the zoo, but people need to be aware that if they take that connection any further than visiting with the animals, they have to take responsibility.”

Euler said that while many people find legitimate places to surrender their rabbits, others release them into parks, where they usually don’t last too long.

In the wild, domestic rabbits succumb to dehydration, starvation, ticks, infections and attacks from predators, including humans. White rabbits are especially easy for birds of prey to spot.

“It’s not fair to the animal to do that,” Euler said. It is also illegal to abandon a domestic animal.

Silver said the zoos do not have wild rabbits. The Eastern cottontails that reside in Queens’ parks are actually invasive to the area, having replaced the New England cottontails, of which few are left. Eastern cottontails do not make good pets because they are more timid and stressed by being confined, they don’t eat as well, and they can be very destructive around the house. However, every year many are kidnapped from the parks.

The email address to reach Barna with any questions and adoption inquiries is AllAboutRabbitsRescue@gmail.com.