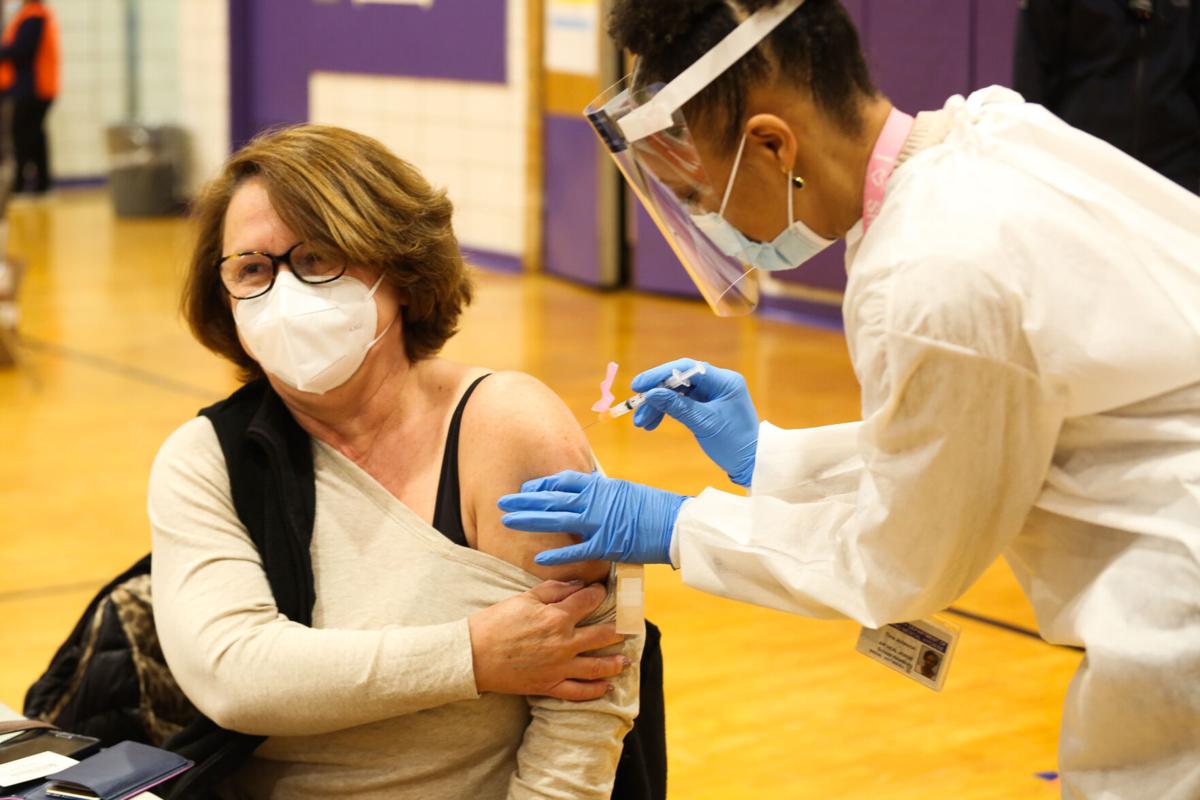 Anna Cucchiara of Glen Oaks, a consultant for the city Department of Health, got one of the first jabs Sunday at the new vaccine center set up in the gym at Hillcrest High School as the city pushes to expand rapidly the number of shots it can provide daily. 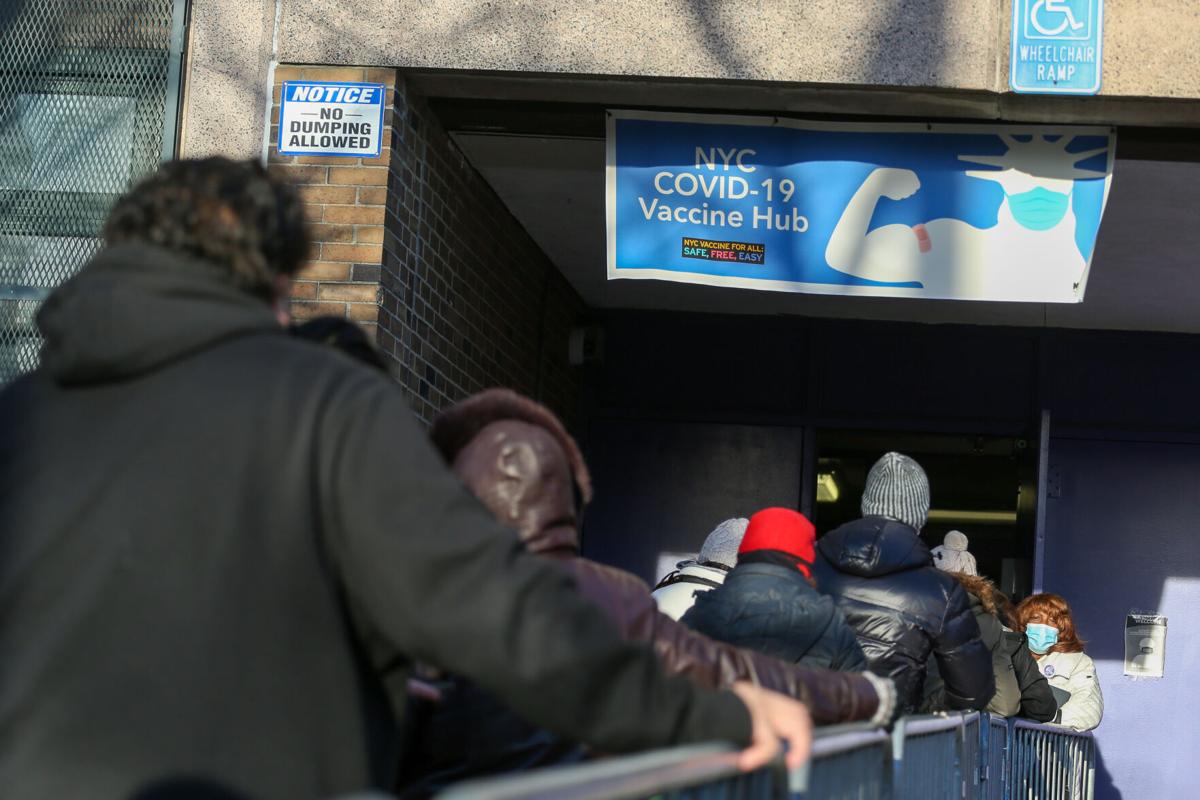 Lines formed early on Sunday outside the gym at Hillcrest High School in Jamaica for the first day of a new mass vaccination center.

Anna Cucchiara of Glen Oaks, a consultant for the city Department of Health, got one of the first jabs Sunday at the new vaccine center set up in the gym at Hillcrest High School as the city pushes to expand rapidly the number of shots it can provide daily.

Lines formed early on Sunday outside the gym at Hillcrest High School in Jamaica for the first day of a new mass vaccination center.

As New York expands its vaccine distribution network, the first center for mass inoculations in Queens opened to the public on Sunday.

The line at Hillcrest High School started forming before the 9 a.m. start time.

The school gym has been turned into a makeshift hospital operation with more than 40 inoculation stations — each able to vaccinate applicants two at a time.

City Health Department officials could not say immediately how many people were administered the first dose of the Moderna-produced vaccine Sunday at the new mass site.

Until now, the distribution of the Covid-19 vaccine has been limited to hospitals, nursing homes and a few select community centers. The people eligible to get a jab of the new vaccine has been strictly limited to frontline healthcare workers and those who live in residences for the elderly.

Under pressure from Mayor de Blasio and health officials, Gov. Cuomo said Friday that teachers, cops, firefighters and those over the 75 years of age would be eligible to receive their first doses of the vaccine, starting Monday, Jan. 11.

The high school on Parsons Boulevard was one of three vaccine sites that opened Sunday with the capacity to distribute up to 7,000 doses a day. The other two were in the Bronx and Brooklyn, said a spokesman for the city Department of Health.

A yet-to-be-determined number of city-operated centers in Queens are expected to open in the next few months to accommodate more people, the spokesperson said. “But this is the first,” she said.

The first person on line Sunday morning was Cynthia Bennett, a school nurse at IS 77 in Ridgewood and head of the nurses’ chapter of the United Federation of Teachers.

“I was a little nervous, I’ll admit,” she said afterward. “But it was easy peasy.”

In order to relieve the pressure on the city’s distribution system, the UFT on Sunday announced it was initiating its own vaccination program for teachers and other school personnel in conjunction with private providers such as NYU and Northwell Health, UFT President Michael Mulgrew announced.

“Let’s face it,” he told reporters Sunday, “It’s been a struggle” for the city to coordinate the complicated process of administering vaccines to millions of New Yorkers.

About 212,800 shots had been given by 12 a.m. Monday, according to the city’s online vaccine tracker.

Mulgrew said the union was responding to urging from Gov. Cuomo.

“He told us let’s figure out how to make this work faster,” the union leader said. “That’s what we did.”

The early morning opening was not without its glitches. Scores of health workers who’d signed up in the last week were sent emails assigning them appointment times but not the scannable AR code required to enter the gym.

Coordinators for the Health Department spent the first hours coaching frustrated people on line how to find on their cell phones the code that certified their identities and eligibility.

Rahmin Master, 68, who works at a doctor’s office in Elmhurst, was among those who arrived early only to discover when he went to the head of the line that he hadn’t been sent the scan code.

“I’m just happy they got it straightened out,” he said.

On the first day of operation, the wait time and check-in process otherwise averaged only about 10 minutes.

After the jab, people were asked to sit in an adjacent room for 15 minutes to make sure they have no adverse reaction to the vaccine.