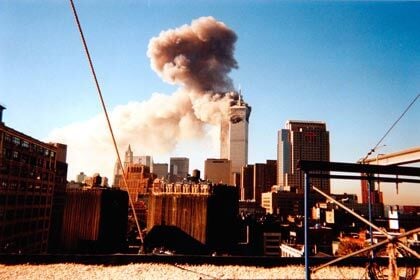 The Twin Towers collapsed two decades ago, but the wounds are still fresh for the people of New York City. Queens communities have planned dozens of vigils, ceremonies and other events this week to honor the thousands who died 20 years ago. 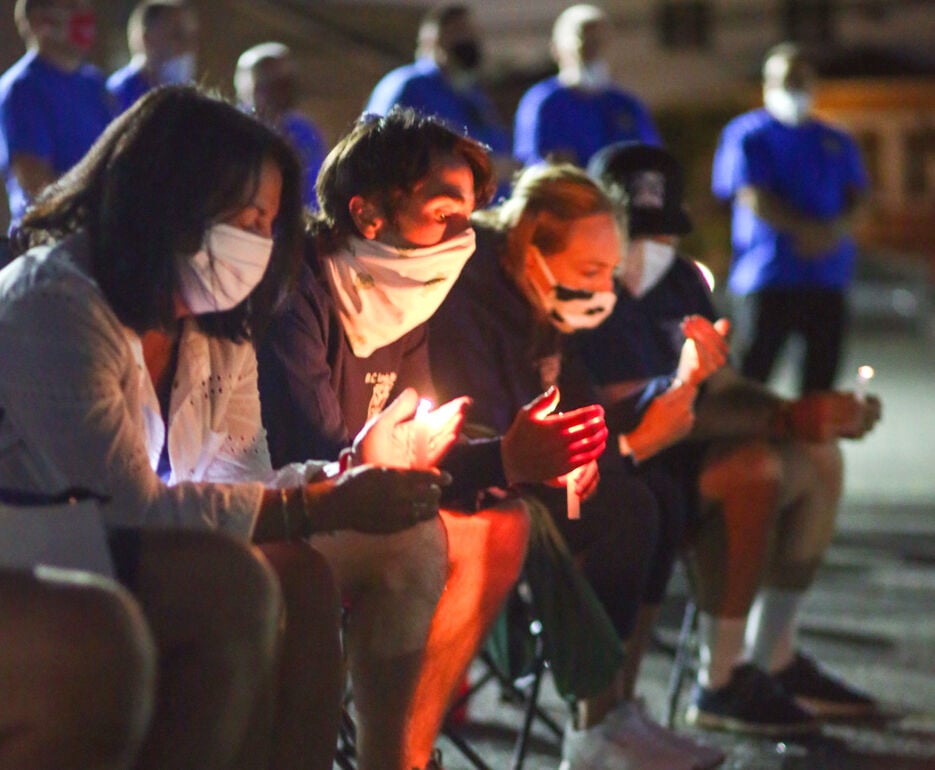 Residents of Howard Beach held a candlelight vigil for the victims of 9/11 last year when many other neighborhoods shifted away from in-person gatherings.

The Twin Towers collapsed two decades ago, but the wounds are still fresh for the people of New York City. Queens communities have planned dozens of vigils, ceremonies and other events this week to honor the thousands who died 20 years ago.

Residents of Howard Beach held a candlelight vigil for the victims of 9/11 last year when many other neighborhoods shifted away from in-person gatherings.

Saturday, Sept. 11, marks the haunting 20th anniversary of the Twin Towers attacks. Communities across Queens will honor the thousands who were lost in the tragedy there and elsewhere, from office workers to first responders.

Some events will start in the days before the anniversary, many are planned for the day of and some for the days following.

The Godwin-Ternbach Museum at Queens College opened its “Remember This: A 9/11 Twenty-Year Anniversary Memorial” exhibition on Sept. 1. It features six dramatic, oversized photographs of the proposed 2002 “Tribute in Light” and will be on display until Dec. 17. In-person viewing is only available to the campus community, but the exhibit is online for all.

The Poppenhusen Institute will host a 20th Anniversary Remembrance in its Grand Hall, at 114-04 14 Road in College Point at 1 p.m. on Sept. 11. The program includes violin and vocal performances; inspirational readings; lighting of memorial candles, dedication of a memorial bird bath, trestle and garden bench; and refreshments.

The Friends of Charles Park Committee and American Legion Post 1404 will host a community sunset ceremony at 6:30 p.m. Sept. 9 at the flagpole in Howard Beach’s Charles Park.

The Port Authority of New York and New Jersey and JFK Chamber of Commerce are hosting a 9/11 memorial at JFK Port Authority Building 14 in Jamaica on Sept. 10 from 7:30 a.m. to 10 a.m. A monument dedicated to Port Authority members who died during the terrorist attacks will be unveiled. The color guard for the event will be from Aviation High School in Long Island City, and St. Anthony’s Catholic High School, from Huntington, LI, will play bagpipes.

Queens College will mark the anniversary by hosting an outdoor ceremony next to the Benjamin S. Rosenthal Library. President Frank Wu will read aloud the names of the 40 college community members who died in the attack 20 years ago. The 8:30 a.m. event will also include a presentation to local FDNY Engine 315/Ladder 25 and musical performances. Tolling bells will mark the times the towers were struck and collapsed.

The Northwest Bayside Civic Association is holding a wreath-laying event on Sept. 10 at 7 p.m. at its 204th Street and 33rd Avenue monument.

The A Better College Point Civic Association and Coastal Preservation Network will host a candlelight vigil at the 9/11 Living Memorial Grove in MacNeil Park at 7 p.m. The grove is one of five Living Memorial Groves around the City, one in each borough in a park with clear views of Downtown Manhattan where the Twin Towers once stood.

The Bayside Hills Civic Association will place glass-enclosed candles at its Memorial Garden, on the northside corner of the Horace Harding Expressway and Bell Boulevard, on Sept. 11 at 7 p.m. The attendees will close out the ceremony by singing Lee Greenwood’s “God Bless the USA.”

The Friends of Maple Grove Cemetery will host a virtual event via Facebook at 4 p.m. Sept. 11. The event will honor the 23 victims who have been buried in the Kew Gardens cemetery. The event will be available for future viewing on its YouTube channel after the premiere.

The Friends of Francis Lewis Park and the We Love Whitestone civic will gather in the 3rd Avenue and 147th Street park on Sept. 11 at 7:30 p.m.

The Howard Beach Lindenwood Civic will also host a ceremony at a new 9/11 mural at noon Sept. 11 on 84th Street between 157th Avenue and Shore Parkway. The images in the mural, created by a group of selected neighborhood artists, reflect drawings that neighborhood residents presented to the artists.

STARS, the Striving to Achieve and Reach Success Community Center, is organizing its annual candlelight memorial ceremony of the attack at 7 p.m. Sept. 11 in the Our Lady of Grace parking lot on 100th Street between 158th and 159th avenues. The ceremony will remember the victims with words and music. The parking lot will be closed to all vehicles. Gates will open at 6:30 p.m. All attendees are encouraged to bring their own candles and American flags and chairs, if they so wish.

The 9/11 Candlelight Vigil Committee of Queens will host its annual candlelight vigil at 8 p.m. on Sept. 11 at the flagpole in Middle Village’s Juniper Valley Park.Those who attend are invited to bring candles, lawn chairs and American flags. People are being asked to wear masks.

On Sunday, Sept. 12, the 42 people from Glendale, Middle Village, Ridgewood and Woodhaven who were killed in the attacks will be remembered in a ceremony set for 12:30 p.m. in Forest Park’s Dry Harbor Playground at Myrtle Avenue and 80th Street in Glendale.

The Howard Beach Lindenwood Civic Association will be running a patriotic bow drive as part of the remembrance for the 20th anniversary of Sept. 11. The cost is $6 per bow. To purchase a bow contact Phyllis Inserillo at (917) 488-5067 or email HBLCIVIC2014@gmail.com or use Venmo username: @HBL-Civic. Part of the proceeds will be donated to the Stephen Siller Tunnel to Towers Foundation in support of first responders and military personnel.

At 1 p.m. on Sept. 12, the Run for Richie, the largest 9/11 motorcycle parade in New York City, will take off from Aqueduct Race Track at 110-00 Rockaway Boulevard in South Ozone Park. The ride, which will go to the World Trade Center in Manhattan, is run every year in memory of Richie Pearlman of Howard Beach. Registration still is open at eventbrite.com/e/135188162433?aff=efbneb. Those wishing to sponsor, donate to or vend at the event may inquire by email at r4r@fhvac.org.