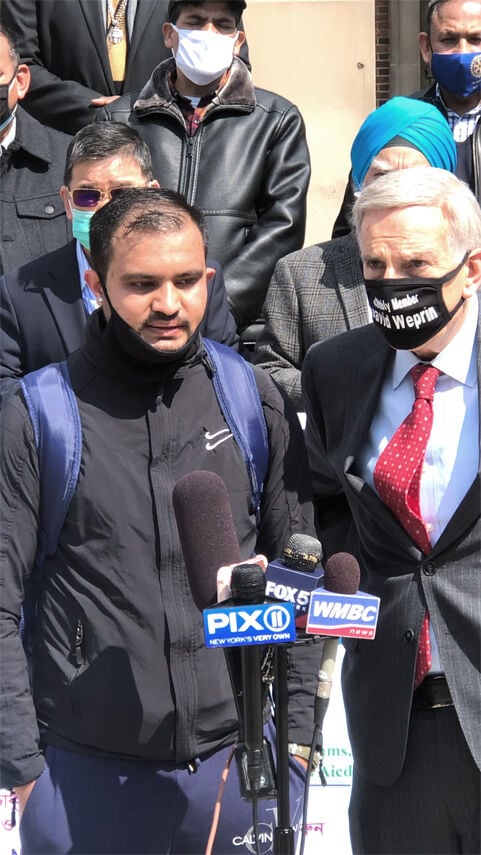 Queens rallied at Borough Hall last Friday in support of Ashish Sapkota, left, a Lyft driver who was attacked by a passenger on the Van Wyck Expressway March 16. Assemblyman David Weprin and other leaders showed support. A GoFundMe has been started in support of Sapkota. 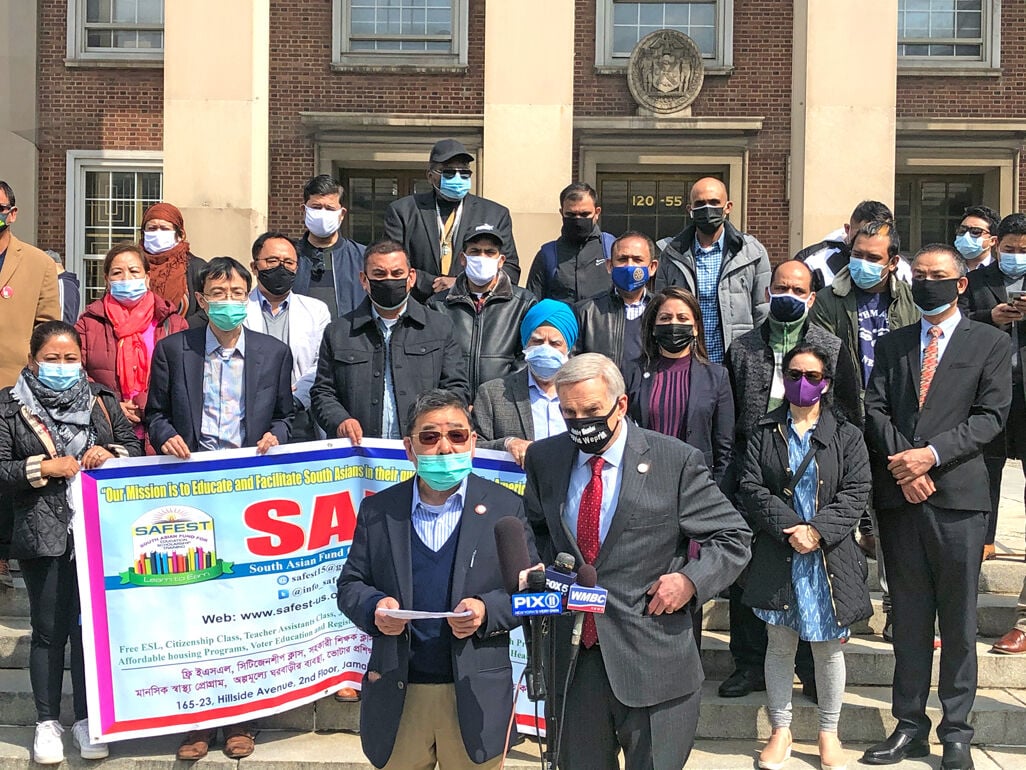 Queens rallied at Borough Hall last Friday in support of Ashish Sapkota, left, a Lyft driver who was attacked by a passenger on the Van Wyck Expressway March 16. Assemblyman David Weprin and other leaders showed support. A GoFundMe has been started in support of Sapkota.

A Nepalese Lyft driver was attacked on the Van Wyck Expressway earlier in the month, an incident that sent him to Jamaica Hospital Medical Center.

Now he’s getting support from officials and groups fed up with violence.

“No Taxi and Limousine Commission driver should have to live in fear that the next person who enters their car might attack them,” Assemblyman David Weprin (D-Fresh Meadows) said during a press conference last Friday at Borough Hall.

Ashish Sapkota picked up two passengers who began fighting in the backseat of the car. He pulled over, which is when the passengers turned on him, with one man punching Sapkota multiple times.

He continued to drive to Hillside Avenue, where the passengers exited. Lyft banned them from using the rideshare service again, according to a release from Weprin.

Video of the incident shows a passenger telling Sapkota, “Take me to my address before I hurt you, bro.”

He also took Sapkota’s phone and told him to drive or else he would throw it out.

“What happened to our Nepalese brother is disgusting and things like this must end now,” said Mazeda Uddin, president of the South Asian Fund for Education, Scholarship and Training, adding, “All Asians are under attack.”

The NYPD is not labeling the incident as a hate crime, though Weprin and Sapkota said they would like the department to reconsider that.

Other elected officials spoke at the rally with Councilman Peter Koo (D-Flushing) saying, “An attack on one of us is an attack on all of us.”

Assemblywoman Jenifer Rajkumar (D-Woodhaven) said she is appalled at hate crimes in the borough and the country.

“It is unconscionable and enough is enough,” she said.

Rajkumar said a focus on mental health is vital in preventing attacks, while education on the past, such as the Chinese Exclusion Act, is also key.

“We have overcome this discrimination but we must learn about it so we know where we’ve been and where we have to go,” she said, adding that a third factor is remembering to love each other.

A GoFundMe titled “Help for Assaulted Lyft Driver Ashish Sapkota” raised more than $1,500 of its $30,000 goal as of Tuesday afternoon. The driver, who is the father of a 5-year-old and a husband whose family is dependent on him, has not returned to work and is suffering from nightmares.

The fundraiser was started by Sonam Ghising Lama, an organizer with Independent Driver Guild IDG.

Borough Hall was the site of another remembrance on Monday, as leaders held a candlelight vigil for the eight people killed in a string of shootings in Atlanta, including six Asian women.

“Hate will never win here in #Queens,” Borough President Donovan Richards tweeted Monday. “It must never win anywhere else in our country. Tonight, we pay tribute to the victims of the Atlanta killings and uplift the survivors of Asian hate wherever it strikes.”