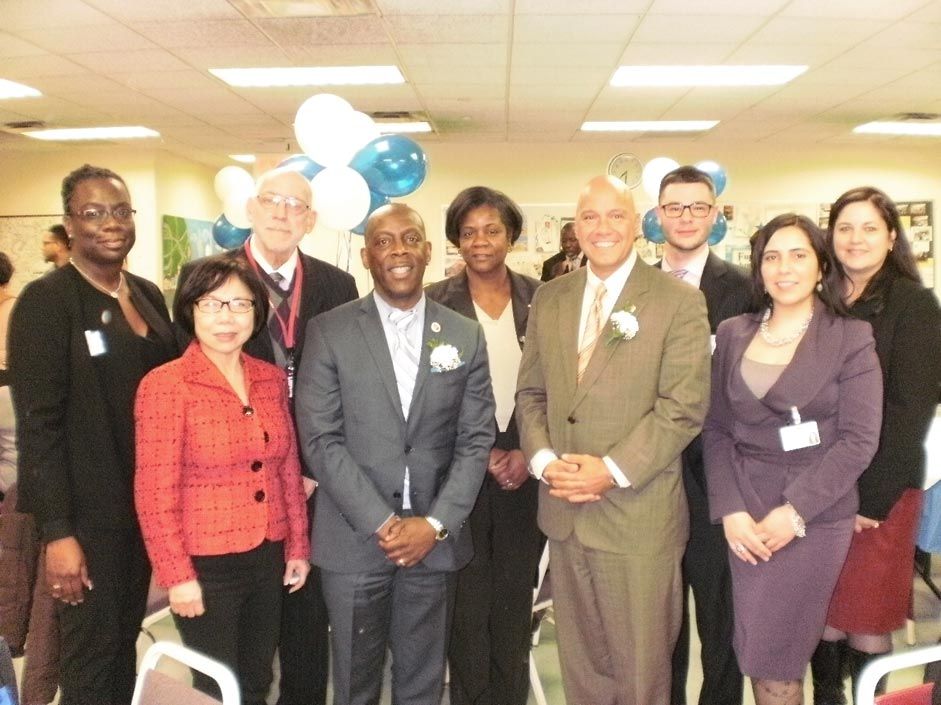 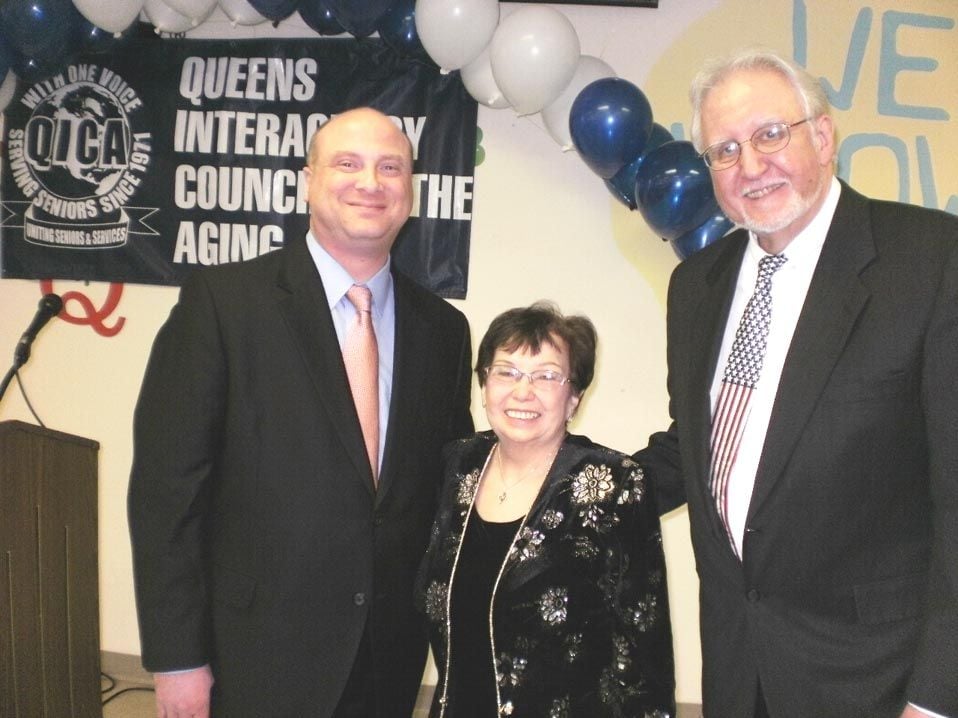 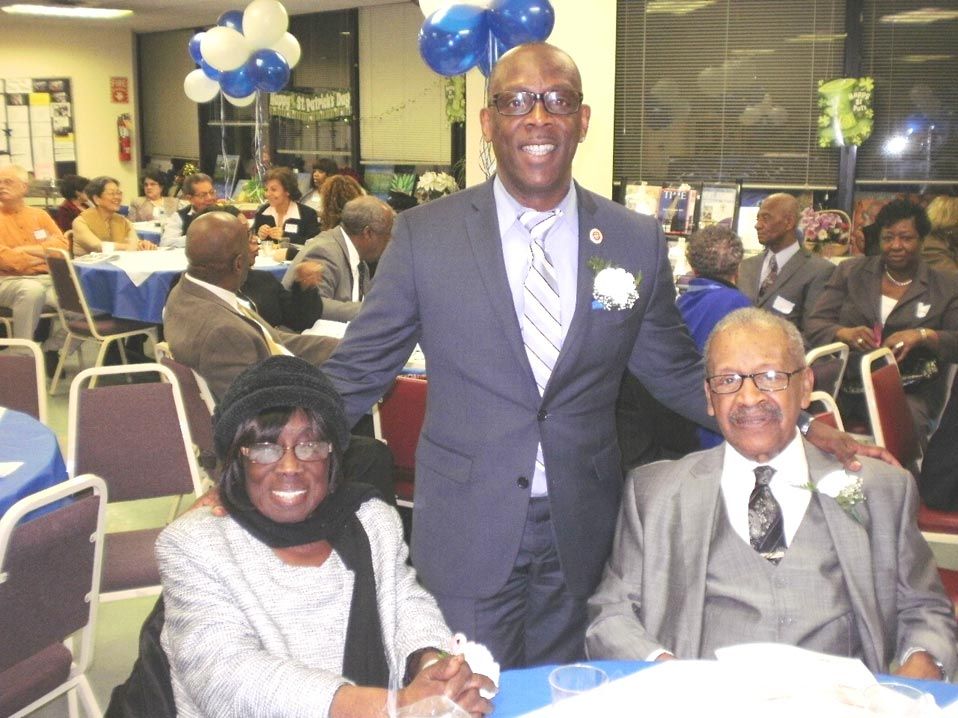 Miller with his parents, Ethel and the Rev. James Miller. 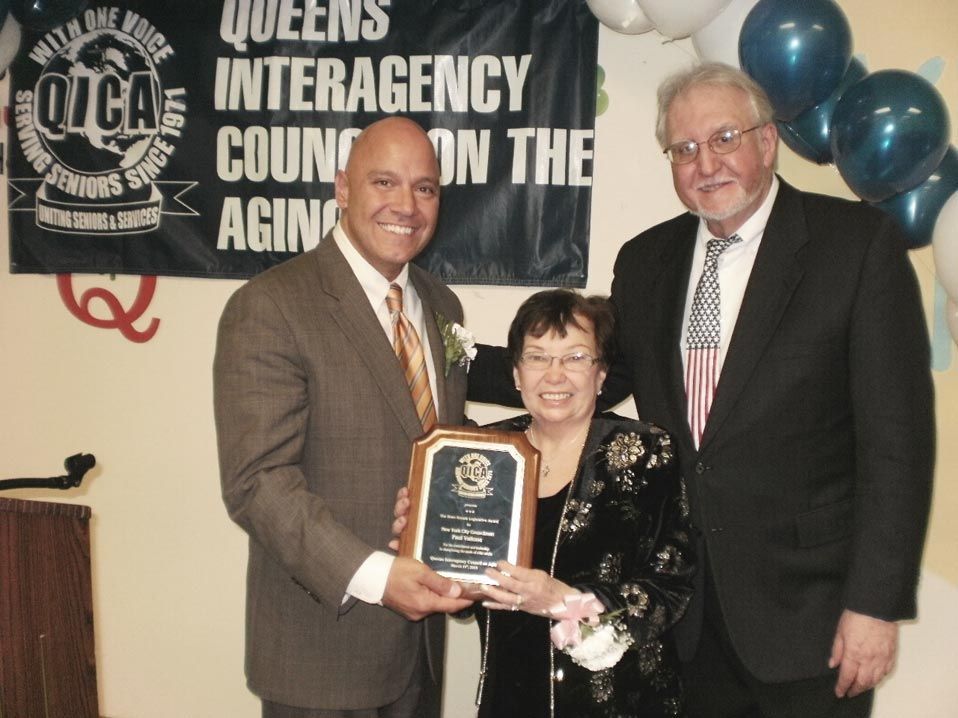 Vallone with Cuadrado and Cunningham.

Miller with his parents, Ethel and the Rev. James Miller.

Vallone with Cuadrado and Cunningham.

The Queens Interagency Council on Aging, a network that serves as a single voice for seniors and the agencies that serve them, celebrated its 44th anniversary at a gala on March 19, highlighted by the presentation of awards to the Parker Jewish Institute for Health Care & Rehabilitation and to two New York City Council members, Daneek Miller (D-St. Albans) and Paul Vallone (D-Bayside).

The event was held at the Queens Community House in Kew Gardens, which was transformed into an elegant ballroom for the occasion. An estimated 100 guests attended.

Accepting the Leon Von Holden Advocacy Award for Parker, which began in 1907 as a shelter for elderly homeless people and evolved into an internationally recognized center of healthcare and rehabilitation for adults, was its president and chief executive officer, Michael Rosenblut.

Surveying the room of mostly seniors, he suggested they were youngsters compared to some of the patients receiving care at the institution, among them nearly a dozen centenarians.

Parker is a place “where excellence is the standard,” said QICA’s executive director, Bruce Cunningham. The award citation reads: “In recognition of their sustained commitment to the health and well-being of the aging population.”

It was the first time an organization was singled out by QICA for such recognition, according to the group’s president, Maria Cuadrado.

The two elected officials were chosen, Cunningham said, because they are “good citizens” and “they represent us.”

Each received the Rose Kryzak Legislative Award, named in honor of the former QICA board member and lobbyist for rights of the elderly.

“I couldn’t be more honored,” Vallone said. In announcing the formation of a new senior task force, he said, “We’ll make sweeping changes across the board,” including housing, eviction, senior centers and guardianship.

“We’ll be there for you,” he promised. The award, he added, “validates the hard work we all do.”

Miller, who brought along his proud parents for the occasion, said, “This council does phenomenal work. [It] brings together all the providers of senior services” throughout the borough.