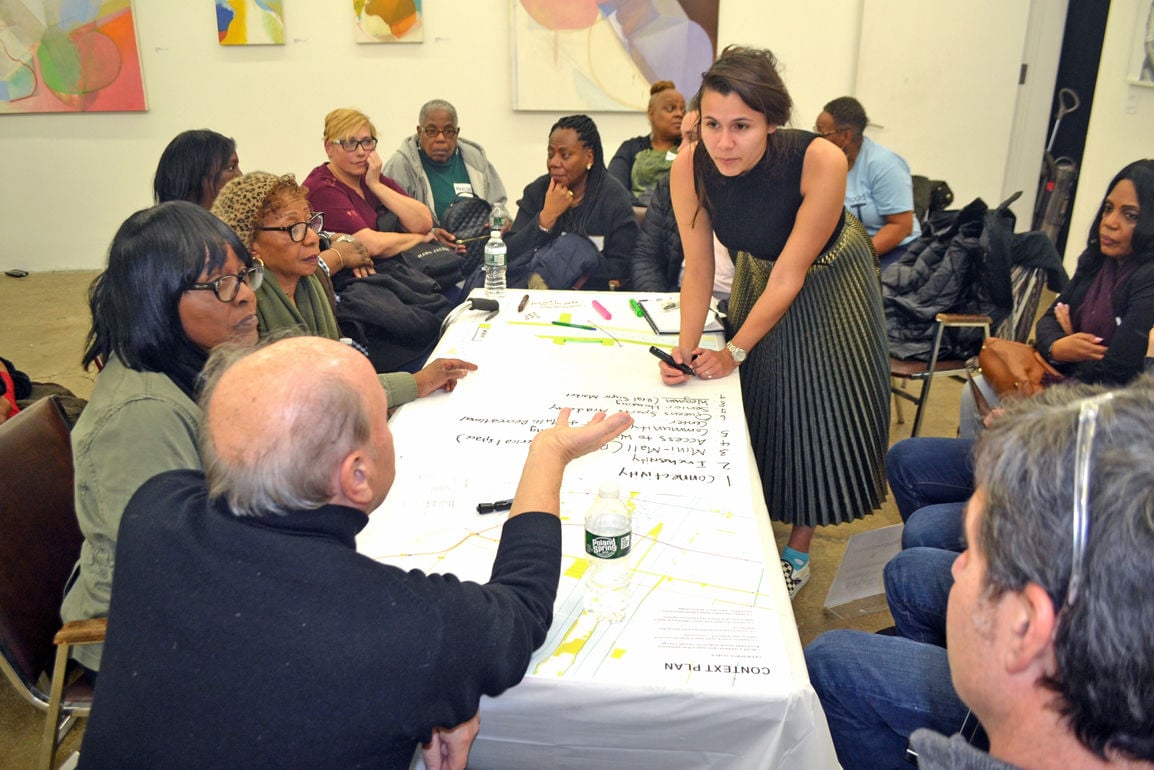 The consortium of companies looking to redevelop the area around Anable Basin in Long Island City continued their series of public planning sessions Monday, this time with a focus on public uses for some of the site, such as schools and cultural institutions. 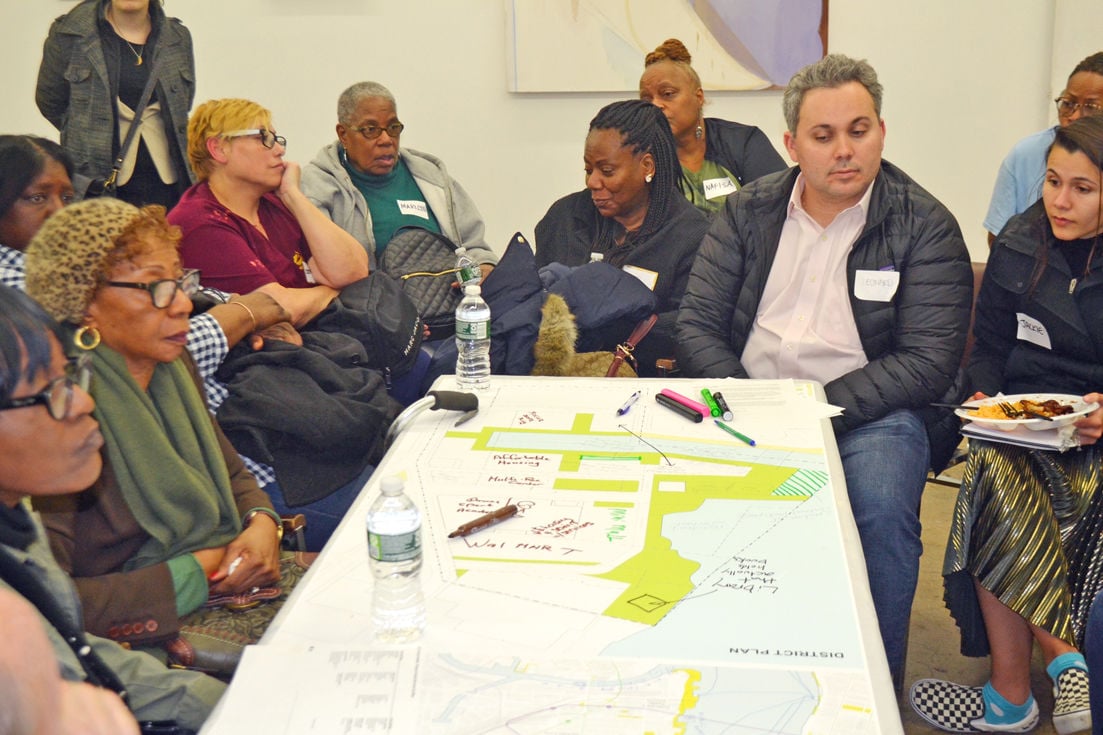 Residents sketch out their ideas for their visions of the future of the Anable Basin site on Long Island City’s rapidly developing waterfront.

The consortium of companies looking to redevelop the area around Anable Basin in Long Island City continued their series of public planning sessions Monday, this time with a focus on public uses for some of the site, such as schools and cultural institutions.

Residents sketch out their ideas for their visions of the future of the Anable Basin site on Long Island City’s rapidly developing waterfront.

The Plaxall Gallery was as logical a place as any for Monday night’s meeting dealing with the redevelopment of the Long Island City waterfront.

The meeting was the third in recent weeks by Your LIC, a consortium of developers and major landowners tasked by the city to reimagine what the historically industrial area on and around Anable Basin could become as a new part of their community based on public input.

Monday’s was geared toward the creation and use of public space, with many people saying an effort must be made to protect and nurture LIC’s arts community.

The gallery houses artists exhibits and has a handful of studios, and serves as a hub for the umbrella group Long Island City Artists. It was made possible in 2016 when the Plaxall family lent space for it to begin and thrive.

Plaxall along with TF Cornerstone, L&L MAG and Simon Baron Development make up Your LIC. The group was formed at the behest of the City Council after Amazon pulled out of an agreement for a massive headquarters complex in LIC last February.

The information being collected will be used in guiding the rezoning for future development.

Among the criticisms of opponents of major redevelopment is the one that any new luxury apartments would drive up property values, making it impossible for lower-income residents to stay or move in.

But the same fear was expressed by the numerous residents who said any project should devote a significant amount of indoor and outdoor space to the arts.

“This gallery exists because the Plaxall family donated 12,000 square feet,” Edjo Wheeler, artistic director of the gallery, told the crowd of well over 100 people.

“The question is whether the arts can survive gentrification,” he said.

The meeting once again was led by the Rev. Bishop Mitchell Taylor and Gail Mellow, former president of LaGuardia Community College.

“What would the community need as an opportunity to help us live better?” Mellow asked the crowd to consider before all broke off into groups.

As for the substance of the meeting, residents held tabletop miniworkshops in groups of six to 10 to offer their opinions on how to proceed in three areas: cultural organizations and opportunities; schools and other educational facilities; and sites for health and fitness and social services.

Each group had a map of existing facilities within the 28-acre area under study, and a blank map on the table where participants could brainstorm just where they wanted a new high school; a kayak launch or outdoor art site, something like the Noguchi Garden Museum.

Those examining education offered requests such as a new high school or middle school, district schools as opposed to specialty sites; afterschool opportunities and places for vocational training; entrepreneurial instruction; and training and business incubators.

One of the largest and most intriguing parcels in the area is a massive building owned by the city’s Department of Education. Mellow said that despite what any residents might like to propose for the site, the DOE would have the last word.

But a group of residents who oppose development on the sites and want to create parks and open space instead said they are fearful that the DOE building might be squandered.

“This is a public building owned by the public,” one woman said. “I’d hate to have the city sell it to a private developer for $1.”

Desired recreation opportunities included water activities ranging from a public pool to facilities for boating and kayaking and a youth sports complex.

One resident suggested the public pool might be coupled with a gym and auditorium space to offset the number of schools in the area that lack one or both.

One woman addressing the crowd said the consideration also should extend to youth arts programming.

“We want the Arts and Cultural League to rock as much as Little League,” she said.

A fourth workshop to discuss neighborhood planning is slated for an unspecified date in February, with the possibility of a fifth meeting discussed Monday night.