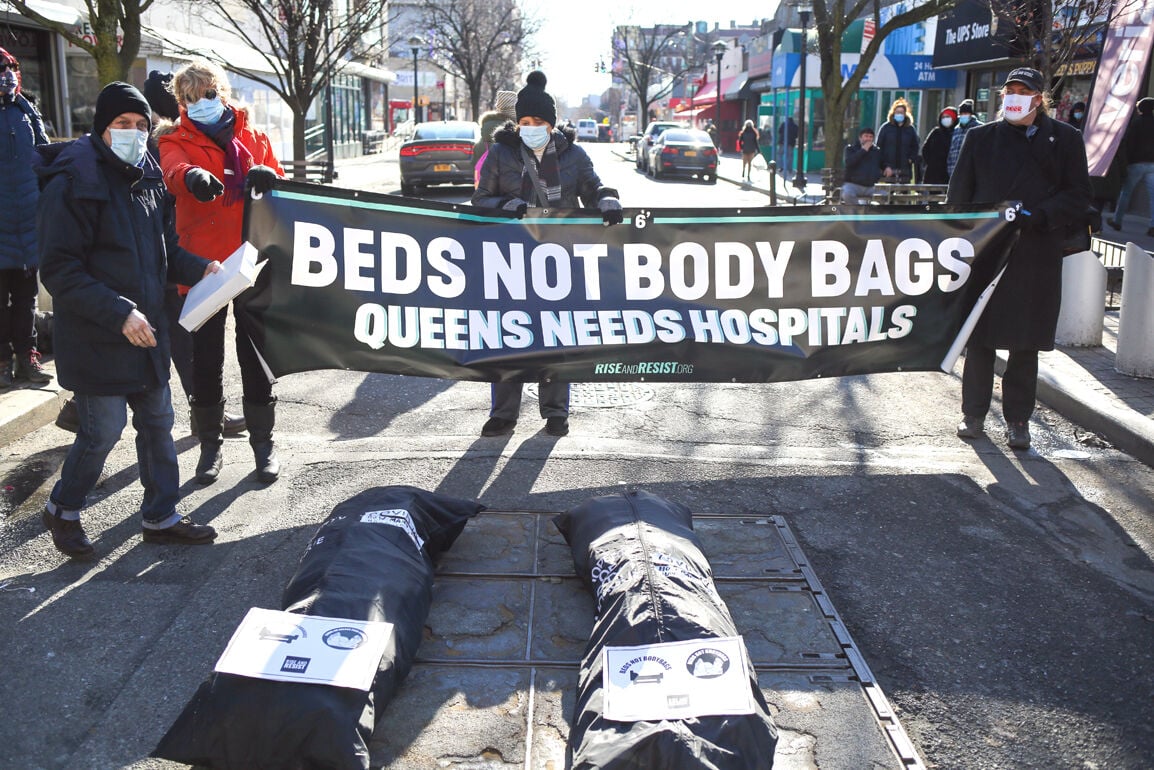 Protesters stretched a banner with their dramatic message across 48th Street in Sunnyside last Saturday. 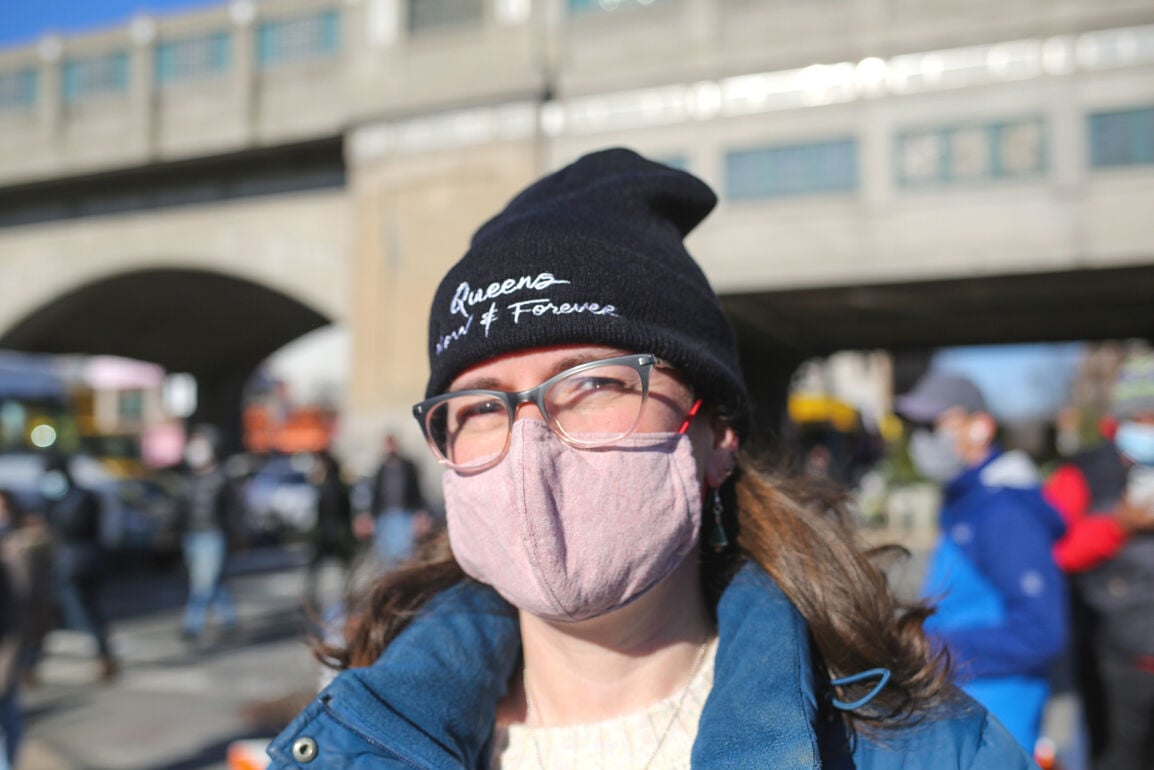 Protesters stretched a banner with their dramatic message across 48th Street in Sunnyside last Saturday.

Melissa Bair, a licensed midwife, gave birth to both her children — now 6 and 10 — at home in Woodside.

Her training allowed her to do that and “it was my choice,” she said.

But if Bair had wanted to have her children in a hospital, her choices of where to go are surprisingly limited for a mother who lives in one of the most densely populated counties in the U.S.

“There are only two hospitals in western Queens, Elmhurst and Mt. Sinai in Astoria,” she said. “And only one of them, Elmhurst, has birthing facilities.”

Bair was among about 30 healthcare activists who showed up last weekend to join a rally in Sunnyside to draw attention to what demonstrators called “the best-kept secret in Queens” — a chronic shortage of hospital beds.

The pandemic highlighted the borough’s shortcoming last March when the emergency room at NYC Health + Hospitals/Emhurst was inundated with cases of Covid-19 and ran out of critical-care beds to treat incoming patients.

“We are the largest borough in New York in land mass,” said Bair. “We’re number two in population. Yet, we have the lowest number of beds per capita in the city.”

Queens averages one bed per 1,000 people compared to Manhattan where the average is six beds per 1,000, said Mark Hannay, a leader of a political-action group called Rise and Resist, which sponsored the rally.

“Actually, Queens has the lowest per-capita number of any county with a hospital in the United States,” he said. “That’s how bad it is.”

The steady beat of hospital closings in Queens over the past two decades is at least partly to blame, the group contends. Seven hospitals — many affiliated with the Catholic Church — in all have been shuttered.

As hospitals consolidated under healthcare networks, Manhattan became the center of acute care — so much so the East Side is sometimes referred to as “bedpan alley.”

“People in Queens shouldn’t have to go over the bridge to get reasonable health care,” said Alex Rias, a Woodside community activist running for the area’s City Council seat this fall when Councilman Jimmy Van Bramer (D-Woodside) reaches his term limit.

“The nearest hospital is two miles away [in Elmhurst],” he said at the Saturday rally. “That’s the problem here.”

The challenge of getting the new vaccines to people quickly and equitably will be one of the most complicated medical programs ever undertaken in the U.S., experts say.

The unspoken problem in the year ahead, said Rias, is the utter exhaustion of the healthcare system to that effort.

“My father is a physician’s assistant,” he said. “I’ve seen this firsthand.”

Fewer people may be dying of Covid-19, Rias noted, “but there are going to be longterm effects from the disease and we aren’t equipped to handle it.”

In November, the federal Department of Health and Human Services reported that 22 percent of all hospitals in country were seriously understaffed.

“We need another hospital around here,” said Hailie Kim, 27, of Sunnyside, also a City Council candidate who attended the rally.

Emails asking for comment from the state Department of Health, which administers the siting of hospitals, were not returned by press time.