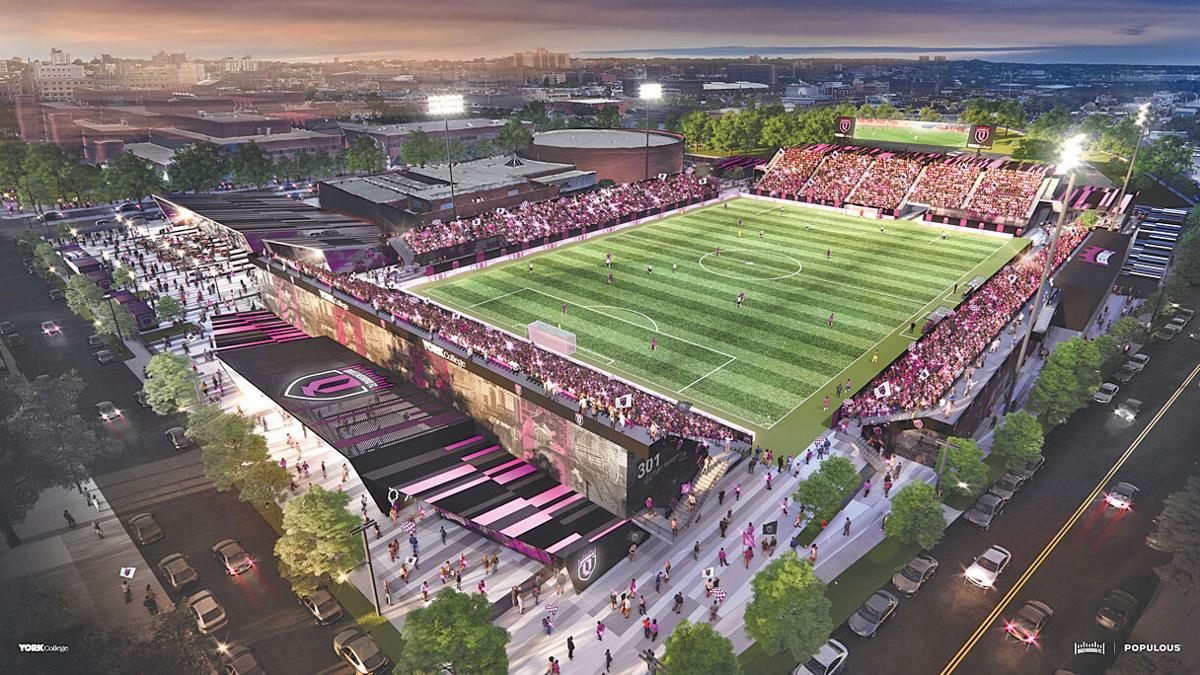 Queensboro FC, an expansion team in the United Soccer League, has reached an agreement with the City University of New York to play its home games at a stadium to be built on the campus of York College. The arena is scheduled to open next spring. 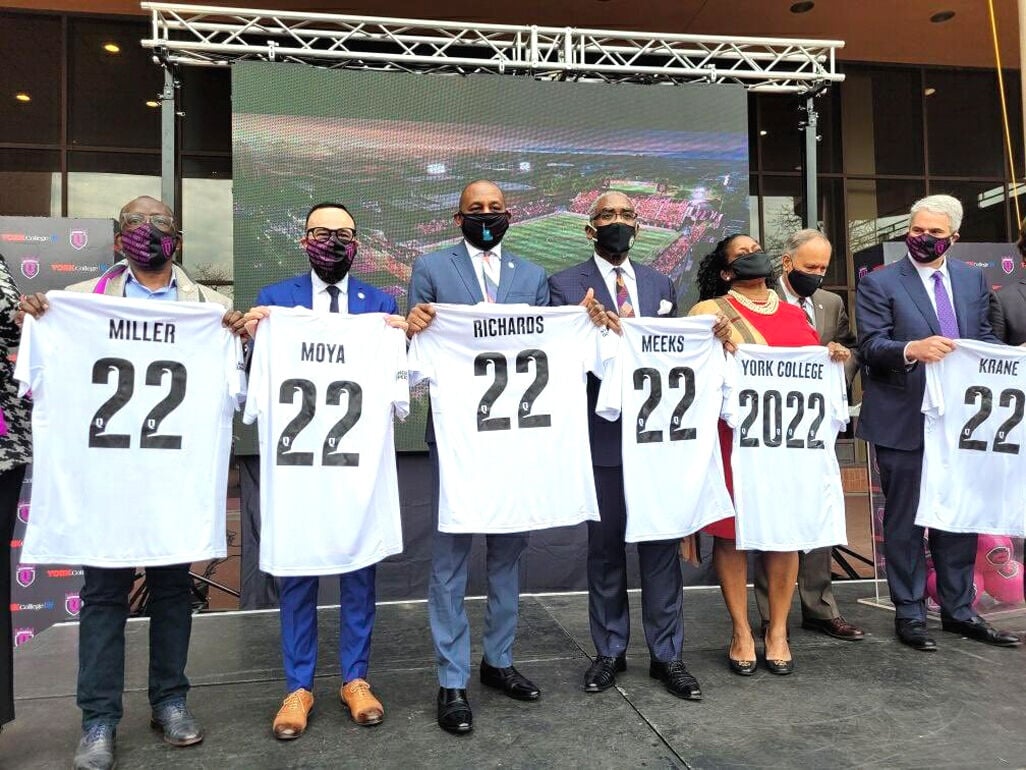 Queensboro FC, an expansion team in the United Soccer League, has reached an agreement with the City University of New York to play its home games at a stadium to be built on the campus of York College. The arena is scheduled to open next spring.

Professional soccer is coming to Queens — and York College in Jamaica — next spring.

City officials on Tuesday joined the owner of Queensboro FC to announce plans to build a 7,500-seat stadium on a plot of land just south of York’s Health and Physical Education building.

The stadium will be bounded by 160th Street to the west, Tuskegee Airmen Way to the south and Guy R. Brewer Boulevard to the east.

Queensboro FC is an expansion team in the United Soccer League and will begin play in 2022. In addition to QBFC games and practices, the facility will host York’s commencement ceremonies, CUNY Athletic Conference tournament play, and other events both free and ticketed.

“York College is honored to be the host site for Queensboro FC’s home stadium,” York President Berenecea Johnson Eanes said in a statement issued by CUNY and the club. “We believe their contributions as a community-led sporting organization will greatly advance our facilities, our campus experience, and our neighborhoods. This project will showcase the importance of private and public sectors coming together, and working together, to celebrate diversity and bridge communities.”

Jonathan Krane, the club owner, said it was an exciting day for the team.

“The announcement of our home stadium site at York College represents a bold new chapter for professional sports in New York City,” Krane said. “More importantly, we are proud to deliver our QBFC fans a dedicated soccer specific venue, built by and for the Queens community, bringing us all together to celebrate the beautiful game.”

“Sports bring people together from all walks of life, to create shared experiences in support of a common cause, and soccer is a passion point that connects New Yorkers with one another,” Meeks said. “Queensboro FC’s stadium at York College will bring sustainable, multi-generational benefits to the community, and we believe the club will continue to work hard for the people of Queens. We are proud to have QBFC as the newest professional sports team in New York City.”

“From baseball to tennis, and now we are proud to add soccer to the mix. I am thrilled Queensboro FC will have York College to call home, and can’t wait for Queens families to enjoy soccer games once the stadium is completed.”

“The City University of New York is proud to partner with Queensboro FC in bringing a professional soccer stadium to York College in Queens, a place world-renowned for its cultural and linguistic diversity, and for its love of el fútbol,” Rodr’guez said. “This new stadium is a great addition to the York College campus and will benefit not only CUNY students and the local community, but all New Yorkers and fans of soccer.”