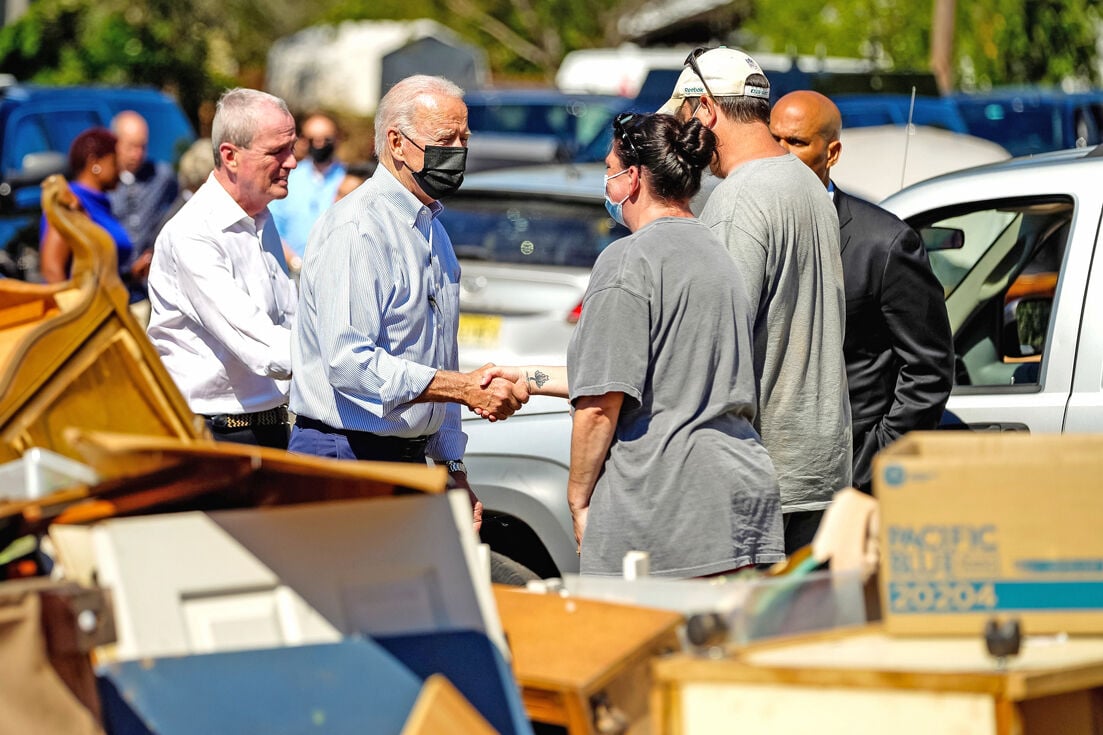 President Biden visited a fl ood-ravaged section of East Elmhurst Tuesday, after giving victims of last week’s storm access to federal aid by declaring New York a disaster area. He and other offi cials also said combating climate change must be a priority with storms like Hurricane Ida getting worse and worse. 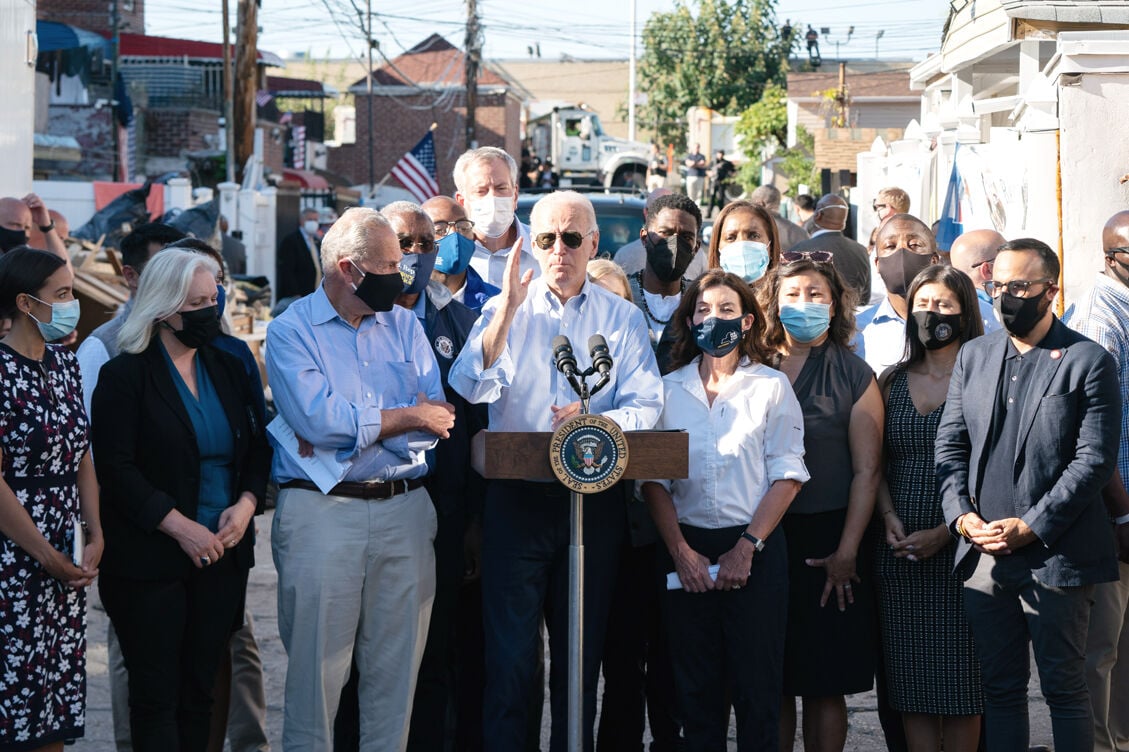 President Biden visited a fl ood-ravaged section of East Elmhurst Tuesday, after giving victims of last week’s storm access to federal aid by declaring New York a disaster area. He and other offi cials also said combating climate change must be a priority with storms like Hurricane Ida getting worse and worse.

“This is America where I’m standing right now,” President Biden said in the middle of an East Elmhurst alley Sept. 7. “These are the people, whether it’s in Scranton or Clamont or anywhere around the country, who built this country and it’s about time we step up. They’re always the first ones that are hurt and the last ones that are helped. But that’s not going to happen this time.”

Biden visited the western Queens neighborhood one week after Hurricane Ida swept through the city, flooding streets, damaging homes and taking the lives of at least eight in the borough.

Two days before his visit, the president declared that a major disaster exists in the state, particularly in the five boroughs and Westchester county. The action makes federal funding available to individuals affected by the storm [see separate story on page 2].

Before surveying the damage in Queens, the president had visited New Jersey and spoken to victims who were just as badly battered by the storm. In the days prior, Biden had seen similar devastation from Ida in Louisiana.

Speaking between 87th and 88th streets off Astoria Boulevard, Biden said that the hurricane, coupled with the recent wildfires in California, should be a stark reminder that the climate crisis is a present and accelerating danger.

“My mother used to say, ‘Of everything bad, something good will come if you look hard enough for it.’ Well, I think we’ve all seen. Even the climate skeptics are seeing that this really does matter,” Biden said. “Folks, the evidence is clear. Climate change poses an existential threat to our lives, to our economy and the threat is here. It’s not going to get any better.”

The president pointed to his “Build Back Better” agenda as one of the keys to suppressing climate change. Building strong infrastructure that would survive storms like Ida is instrumental, he said, because the storms are going to “get worse and worse and worse.”

The Biden administration has been trying to pass a $1.2 trillion infrastructure bill and $3.5 trillion spending bill, both of which have funding allocated specifically for climate change projects.

Gov. Hochul also blamed the storm on the climate crisis, pointing out that Ida delivered a record volume of rainfall that had been set just 10 days earlier by Henri.

“One week ago today, as I saw the path of Hurricane Ida, I called the governors of Mississippi and Louisiana to offer help from New York and they were grateful. Little did I know that just one day later we would be the ones asking for help,” the new governor said. “We’re experiencing a climate crisis as we speak.”

After speaking with the victims of East Elmhurst, Hochul and Rep. Grace Meng (D-Flushing) visited the victims of Flushing. The two officials toured the damage, spoke with residents, provided them with hot food and made information available to help with their insurance claims.

Hochul and Meng also paid their respects to the three individuals who drowned in their basement apartment at 153-10 Peck Ave. near Kissena Park.

“The damage and loss of life in my district has been devastating, and so many of my constituents are still struggling in the wake of the storm,” Meng said.