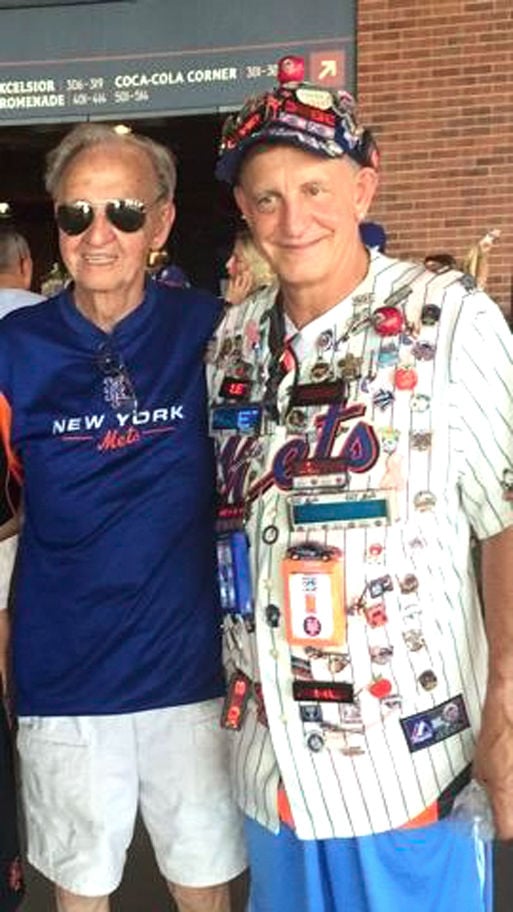 Nick “Pin Man” Giampietro, right, and his father, Anthony, are recovering from COVID-19, but Nick’s mother, Margaret, Anthony’s wife of 64 years, succumbed to the disease. 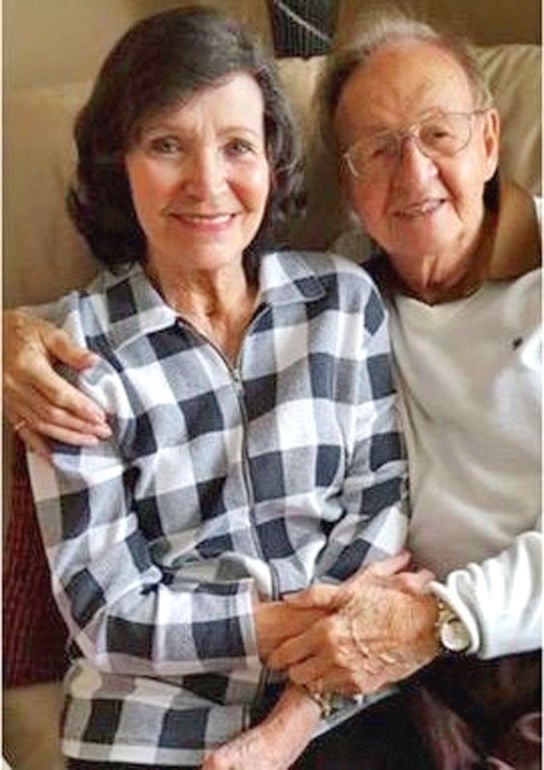 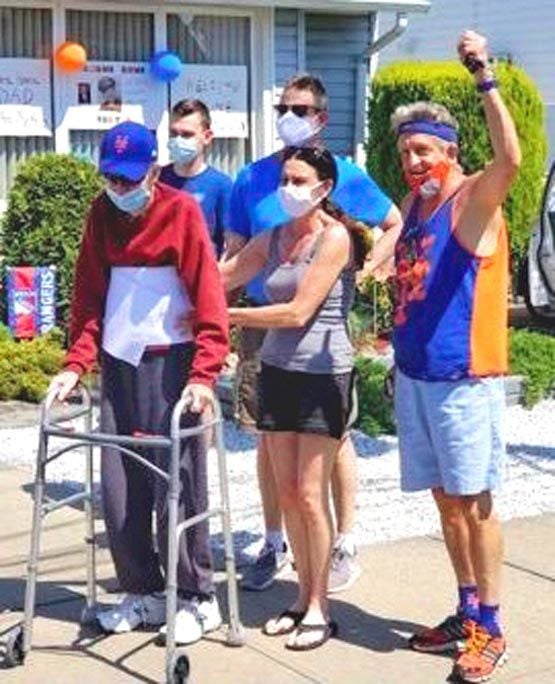 Nick “Pin Man” Giampietro, right, and his father, Anthony, are recovering from COVID-19, but Nick’s mother, Margaret, Anthony’s wife of 64 years, succumbed to the disease.

With Citi Field out of bounds for baseball fans this summer, Howard Beach resident Nick “Pin Man” Giampietro, who has garnered the status of local celebrity for his Mets flair, will lose his hobby for a season.

But that’s the least of his worries right now.

Giampietro has been taking care of his 89-year-old father, Anthony Giampietro, ever since he got out of the hospital during a rocky bout with COVID-19 on June 9.

The Pin Man himself was diagnosed with the coronavirus in April, and his mother lost her life to the pathogen earlier that month.

With his father on the right track and Giampietro himself in good health at this point, he said he feels relieved even though Anthony’s recovery is gradual.

While his father didn’t ever end up on a ventilator, he did need an oxygen machine and a blood transfusion, while he fought off a bladder infection, prostate infection and pneumonia. He powered through all that while coping with the loss of his wife of 64 years.

Margaret Giampietro, 87, was admitted to Jamaica Hospital Medical Center on April 2. She tested positive soon after and died days later.

“She touched everybody that knew her,” Nick Giampietro said.

Since taking his father home from the hospital, Giampietro had been helping him adjust to life without his partner. Their anniversary would have been on May 29. Luckily, Giampietro lives in an apartment directly above his father’s home, making it easy for him to check up on him.

Giampietro initially took a leave of absence from his job at Andy’s Delicatessen in Middle Village when the cases of coronavirus first started spiking out of concern for his family, and himself as well.

But even with Giampietro taking all the precautions, the doctors could not trace where or when his mother was exposed to the virus.

Giampietro said the experience has made him reminisce over his father’s life. Anthony fought in the Korean War from 1951 to ’53. Though Anthony and Margaret lived in Ridgewood and Ozone Park after they got married, they had been living in Howard Beach since 1966.

Giampietro has always been close with his father, who instilled a love of baseball in him. Anthony took Giampietro to his first game in 1968. From 1980 to ’87, the father and son worked together at the famous Ray Bari’s Pizza in Manhattan.

“I was with my dad and my mom in ’86 when the ball got through [Bill] Buckner,” Giampietro said, referring to the famous Game 6 of the World Series against the Boston Red Sox, when the Mets overcame a deficit of two runs with two outs and no one on base in the bottom of the 10th inning to come back. They won the series.

As a result of that memory with his parents, Giampietro said that the pin from that series is the most prized possession in his collection.