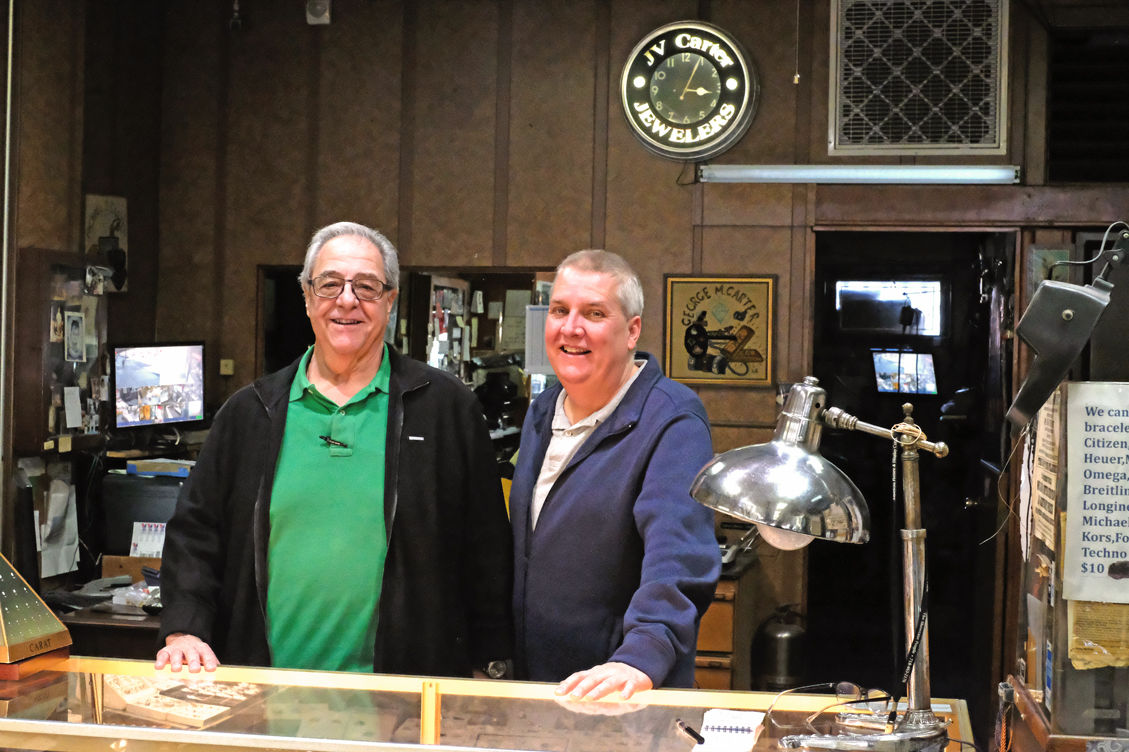 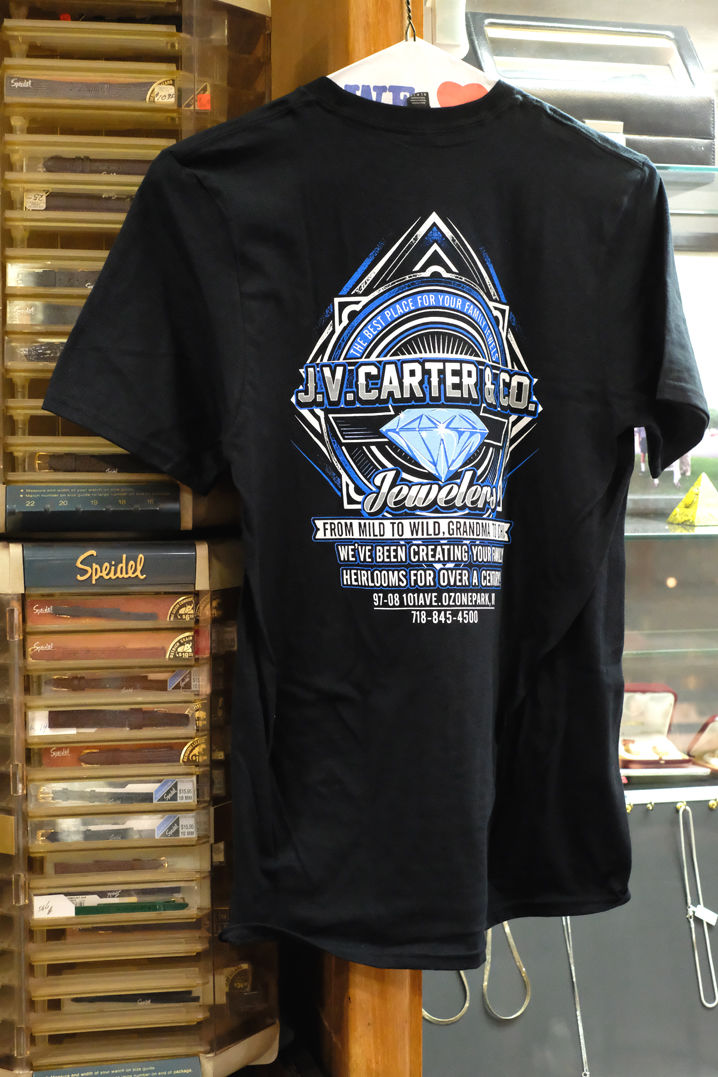 The store’s centennial T-shirt hangs behind a counter.

The store’s centennial T-shirt hangs behind a counter.

Some came to see what baubles were left in his glass display cases. Others came to just shake his hand and wish him luck.

Last Sunday morning, Carter posted on his store’s Facebook page that J. V. Carter & Co. Jewelers — which had been in the same spot doing pretty much the same thing since the end of World War II — was closing.

“The Carter family has been a part of so many of your families events,” the post said. “It is with a heavy heart that I must close.”

George Carter, 69, is the third generation to run the century-old family business that has been a piece of Ozone Park longer than anyone alive can remember.

His grandfather, Vincenzo Cartusciello, a teenage immigrant from Italy, started the business in 1919 selling rings and bracelets on credit to the women of the neighborhood.

Weekly, he’d make the rounds of his customers’ apartments, collecting 50 cents here and a dollar there. “That’s how it started,” said Carter.

To commemorate the business’ centennial last year, Carter had T-shirts made up and handed them out to favored customers.

The shirts immortalized the store’s slogan — “The best place for your family jewels” — and became a collector’s item in the neighborhood.

Carter & Co.’s Facebook page is filled with customers reminiscing about getting their ears pierced at Carter’s, then taking their daughters there a few decades later for the same rite of passage.

Carter figures he and his longtime sales partner, Bernie Kenjesky, must have pierced 10,000 ears during their time.

The store’s closing is a distressingly familiar story of business in the 21st century.

“I was done in by the retail apocalypse, the internet” said Carter. “We still have a lot of old customers, but not enough. And I never had the stomach for a web-based business.”

As kids, Carter’s three children all worked in the store. But they are grown-up professionals now — in real estate, corporate communications and the law — “and I never wanted them to go into this business,” he said.

Carter will miss his customers greatly, he said, but is looking forward to one thing. “I’ve always dreamed of not having to work on Christmas Eve.”

His final day will be April 1, he said, “April Fool’s Day, because you have to put a date to it.”