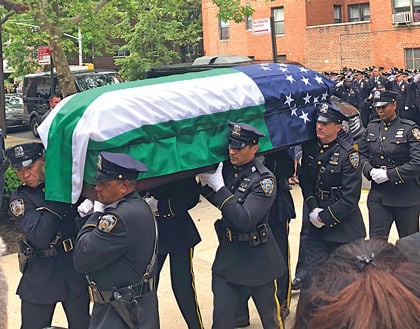 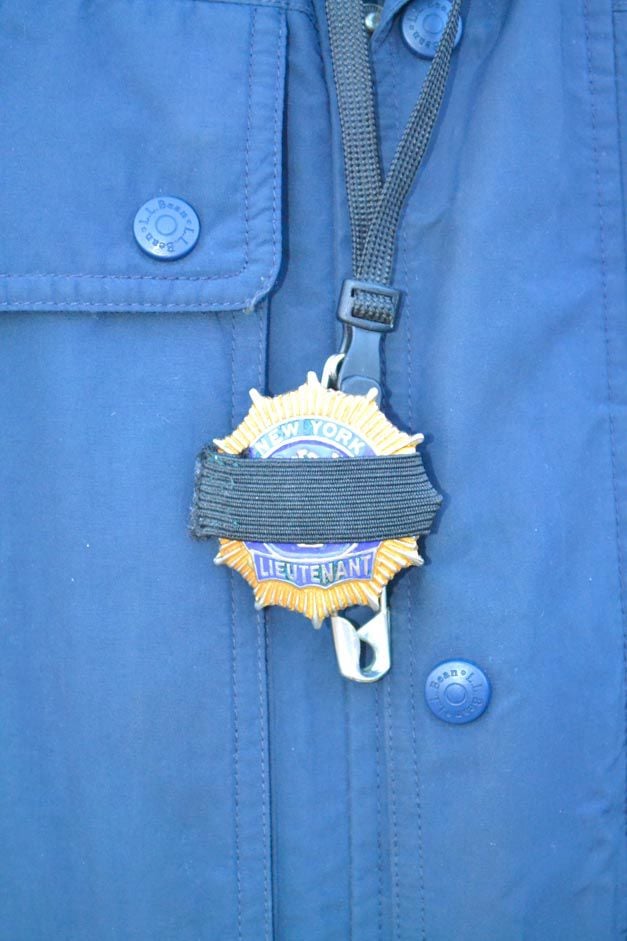 NYPD officers were killing themselves in record numbers as the department tried to figure out how to stop it in 1994, when a record 12 cops took their own lives. That surpassed the previous record of 10, set in 1987. Now the number has reached double-digits again in 2019.

“These last months have been a shock to all of us and we’ve come to the view that we’ve got to put everything that we can on the table to see what will work,” Mayor de Blasio said at a news conference last Thursday.

“Historically, members of law enforcement have been reluctant to seek help, seeing themselves as providers, not receivers of help,” said Dr. Steven Corwin, president and CEO of the hospital. “Finest Care can break that cycle and provide the best care available to our city’s officers, to whom we owe a great debt.”

Numbers have fluctuated over the years. There were zero suicides in 1982. Five years later, there were 10. In 1992, there was one. Then, in 1994, the figure jumped to 12. Eleven took their own lives in 1995. Police Organization Providing Peer Assistance began in 1996 in response to the onslaught.

Other internal options include the Chaplain’s Unit and the Employee Assistance Unit.

Since 2014, an average of five city officers have taken their own lives per year, according to reports.

Answers can be tough to come by. Bernard Kerik, the NYPD commissioner in 2000 and 2001, said, “I’ve never seen it like this,” during an August appearance on The Joe Piscopo Show, following the eighth suicide in the department this year.

“When a guy has a gun it’s a lot easier to do something like this than if he didn’t,” Kerik said.

The suicides in 1987 led the department to add to its employee-assistance programs a confidential hotline for troubled officers. It also started an in-house poster campaign announcing help was available to officers.

The department asked a nonprofit, the New York City Police Foundation, to sponsor a film with the aim of reducing suicide. In 1991, the 39-minute movie “By Their Own Hand” was shown to officers. The film examined the story of one cop who died and the near deaths of two others.

Jonathan David, who had directed “Four Lives: Portraits of Manic Depression” for PBS, was tabbed to make the film.

“It takes a certain kind of person to become a cop,” David told a sociologist, he recalled in an interview with the Chronicle.

David, who said he had trouble finding people willing to talk for the documentary, said mental health wasn’t talked about as much back then.

David also said there is a stigma associated with admitting a problem.

He said the best response he received to the film was one officer telling him, “I don’t know where you’re from. As far as I’m concerned you’re from Mars. But you really got this right.”

As part of her study, AndrÈ Ivanoff, of the Columbia School of Social Work, found the survey indicated police viewed interpersonal problems, depression and substance abuse as primary reasons for suicide, not the generalized stress of police work.

Of 57 police suicides reported by the NYPD between 1985 and mid-1994, all but four were committed with the officer’s service revolver. Ivanoff believed that police suicides were underreported and often classified as accidents to spare an officer’s family from embarrassment.

Coming forward for help meant a risk of having their weapon removed and joining the “Rubber Gun Club.”

“Losing your guns means you’re a psycho,” retired police officer Peter Mancuso told The New York Times in 1994. “Cops handle psychos as people who are restrained and taken to mental hospitals. If a cop loses his gun, he joins the ranks of the psychos.”

Statistics collected from January 1990 through December 1993 showed referrals rose from an average of about 75 per month to nearly double that once the pre-training questionnaire was administered.

In 1994, Ivanoff said, due to the project, “Attitudes toward getting help, specifically toward the use of helping resources for oneself and for others, improved dramatically.”

But 25 years later, NYPD Commissioner James O’Neill was discussing the latest suicide epidemic with NBC New York saying, “We need to talk about this. This can’t be a deep dark secret. People have to understand that there is help available.”

In a September report, the city Department of Investigation found the suicide rate for uniformed NYPD personnel, at about 13.8 per 100,000 people, is more than double the rate for the city’s general population.

“I can’t imagine the culture, like any other culture, has changed so quickly. And the political pressure on police I would imagine with the added terrorism thing, with the conflicts that have been politically exacerbated with race problems, policing in a world — the world is smarter now,” said David, who lives in Los Angeles, adding that crime has decreased significantly since he made the film and that he thought that would make the job easier for those currently on the force.

He also said social media can have an impact. “It is a job where there’s no press if you do good and it’s really harsh if you make a mistake,” David said.

Capt. Jonathan Cermeli, commanding officer of the 112th Precinct, recalled that when he was a sergeant he noticed an officer who hadn’t been acting like himself and reached out to see if he needed help.

“He never would have came to me,” Cermeli said, adding that the officer went on to lead a great, productive life and was just in a dark place going through personal issues.

Cermeli talks to his officers on a regular basis about the subject and said the purpose is to break down the stigma.

Cermeli said he can’t put a number on the fluctuating tallies because of the variety of reasons that people commit the act. But he said part of it could be other officers seeing someone take their own lives could push them to do the same.

“The more you hear about it, the more people are taking their lives, somebody thinks, ‘Oh, wait, that might be an option for me,’” he said.

He added that the important thing is that there is somebody there to tell an officer that it’s OK.

“I would jump in front of a bullet for another police officer to save their life,” Cermeli said. “Why wouldn’t I try to intervene and make sure that their well-being is OK because it’s just as important. I don’t care how they die. If a police officer dies it’s going to weigh on me the same either way.”