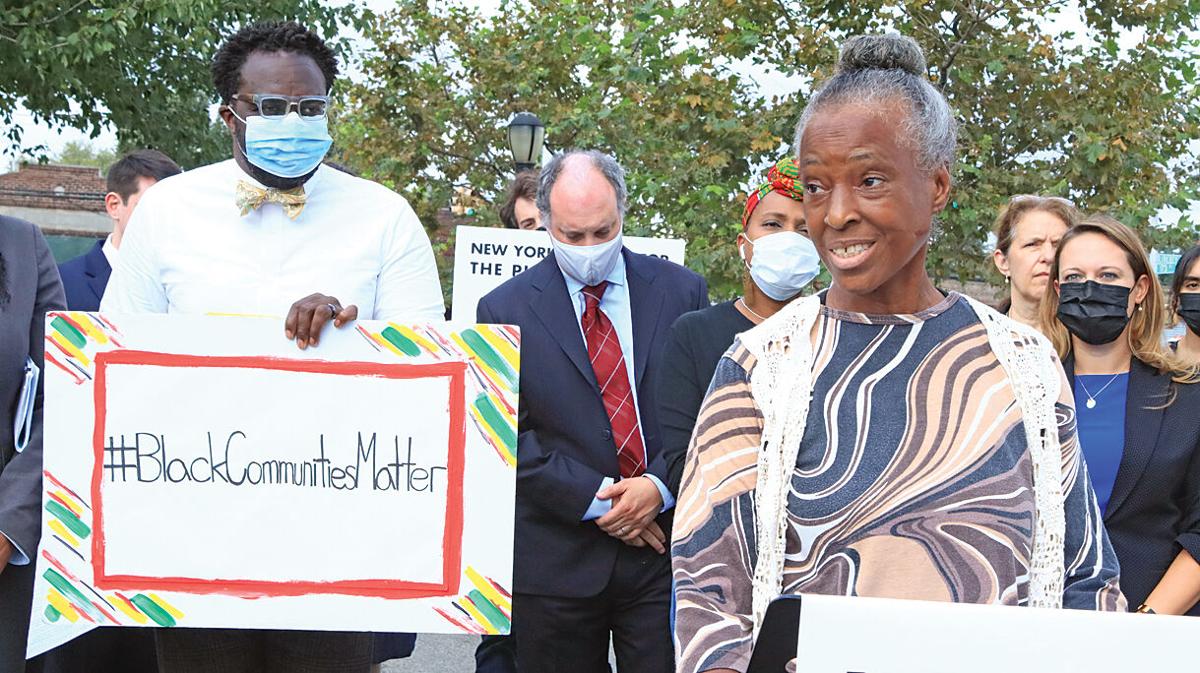 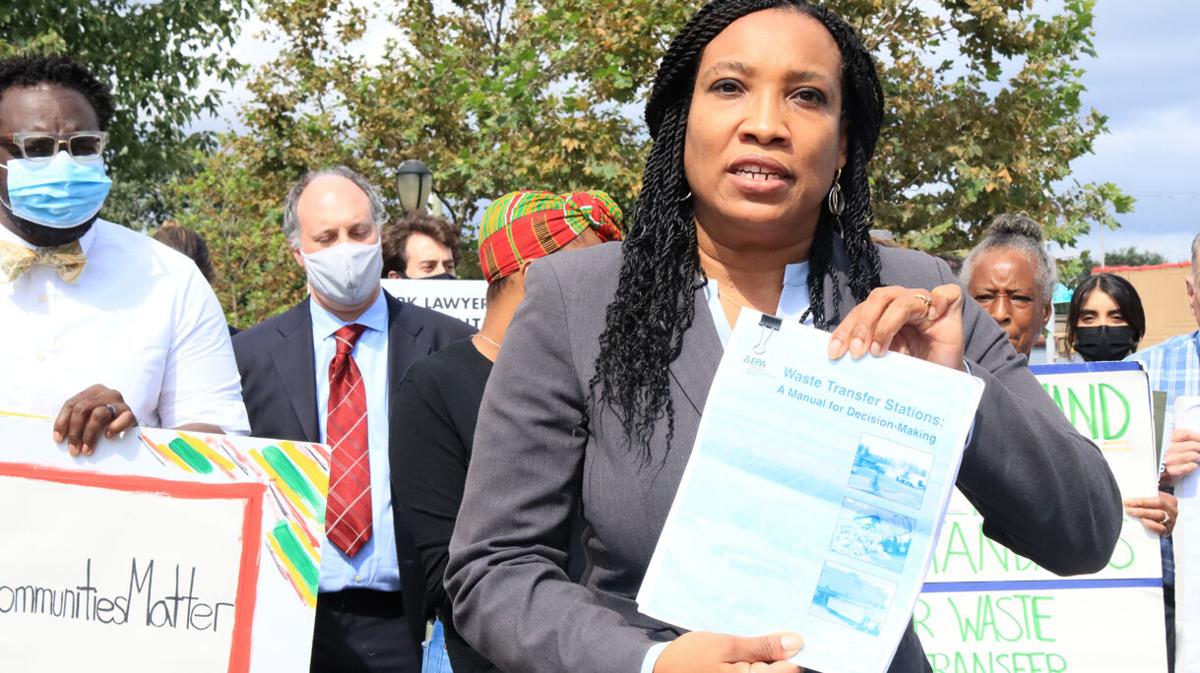 New York Lawyers for the Public Interest, the Super Law Group, NJ/NY Baykeeper and Jamaica residents Crystal Ervin and Carroll Forbes filed a complaint Monday for declaratory and injunctive relief and civil penalties against three waste recycling stations because they believe the companies are allegedly responsible for the poor air and water quality in the area.

“I’ve been complaining for as long as I can remember,” said Forbes at a press conference across the street from one of the stations at Detective Keith Williams Park on 173rd Street. The longtime resident lives on 105th Avenue. “My home sticks out, so it receives more of the [smell of the] putrid waste than my neighbors’.”

“I have three children and nine grandchildren, six of whom who were raised in that house and had asthma continuously until they moved away,” said Forbes. “It smells like a dead animal.”

Melissa Iachán, senior supervising counsel at NYLPI, says that the civil rights law firm has been fighting for 30 years to address environmental justice in communities of color like Jamaica from the private sanitation industry.

“This industry operates with impunity exploiting workers,” said Iachán, “refusing to invest in cleaner-burning, safer and efficient trucks lagging far behind in recycling standards and basing all of their operations and businesses in low-income communities and communities of color.”

Nearly 600 households live to the west, east and south of the park, which is across the street from two of the facilities on Douglas Avenue and PS 116 is a mere five blocks from the facilities, according to the complaint.

The lawyers and residents also believe the waste management firms are in violation of the Clean Water Act because leachate or toxic and contaminated water from the stations is leaking out into stormwater runoff that reaches Jamaica Bay.

The Clean Water Act outlines the basic structure for regulating the discharge of pollutants into U.S. waters and controls the quality standards for surface waters, according to the U.S. Environmental Protection Agency.

The EPA, the executive body responsible for handling ecological matters, works under the CWA to implement pollution control, including managing the discharge of any pollutant from one area into navigable waters via permits, otherwise the release of any contaminant is considered unlawful.

The EPA’s permit program that oversees such discharges is called the National Pollutant Discharge Elimination System. The NPDES is permitted under the CWA and state governments by the EPA to perform permitting, administrative and enforcement aspects of the program, according to the EPA.

“We are here because it stinks, there is dust in the air and because there is pollution on the ground,” said Mike Dulong of Riverkeeper, a clean water advocacy group. “Nobody should have to live like this. The environmental laws are meant to protect human health and the environment. They have been on the books for a very long time.”

Members of Community Boards 8 and 12, the Brinckerhoff and St. Albans civics and the CUNY School of Law were also at attendance of the Sept. 20 rally.