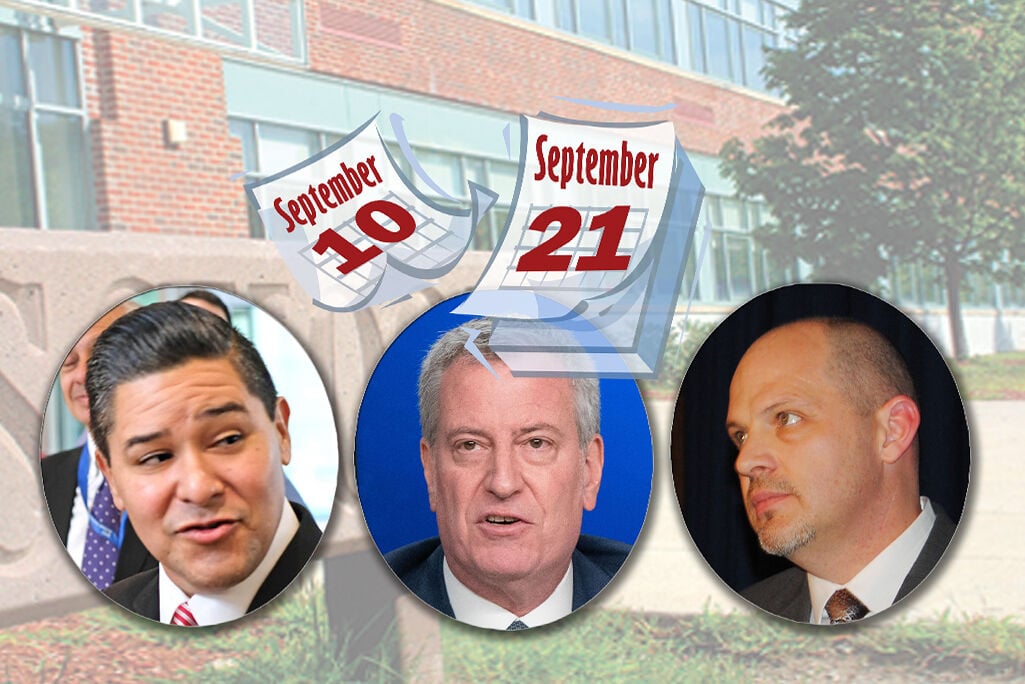 Mayor de Blasio, center, and Schools Chancellor Richard Carranza, left, put off the beginning of in-school learning until Sept. 21 after the United Federation of Teachers appeared to be headed toward a possible strike. The UFT, led by Michael Mulgrew, has voiced concern that not enough is being done to keep teachers and students safe from the coronavirus. 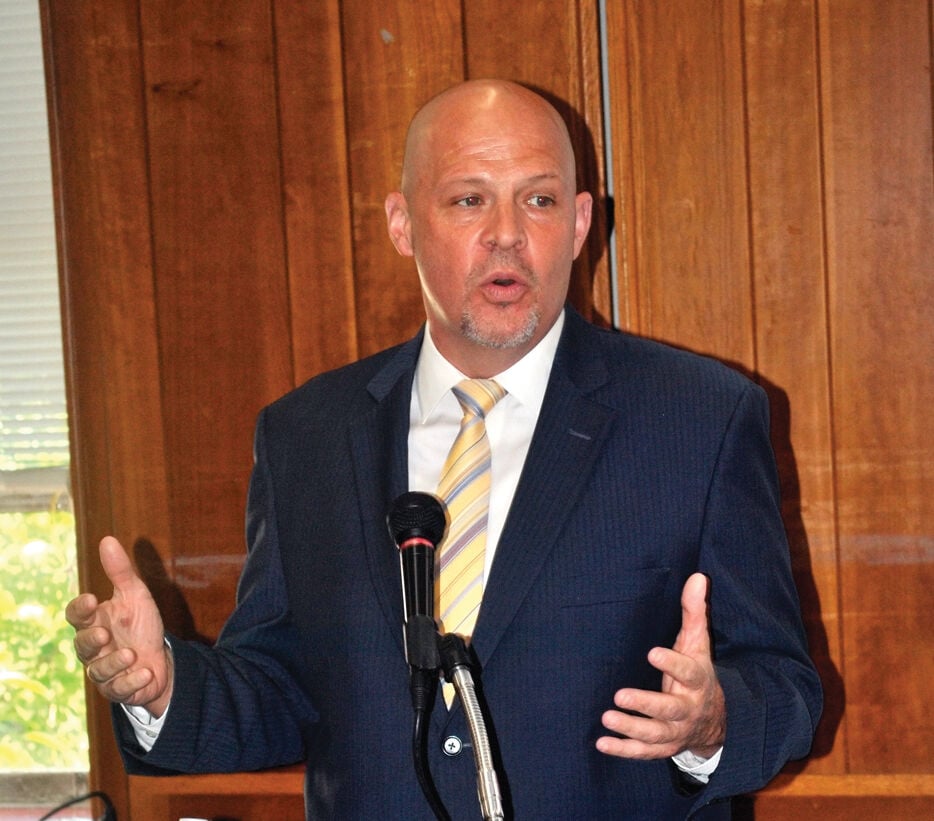 UFT President Michael Mulgrew appeared with Mayor de Blasio and other labor leaders Tuesday morning to announce that the city would delay reopening its public schools.

Mayor de Blasio, center, and Schools Chancellor Richard Carranza, left, put off the beginning of in-school learning until Sept. 21 after the United Federation of Teachers appeared to be headed toward a possible strike. The UFT, led by Michael Mulgrew, has voiced concern that not enough is being done to keep teachers and students safe from the coronavirus.

UFT President Michael Mulgrew appeared with Mayor de Blasio and other labor leaders Tuesday morning to announce that the city would delay reopening its public schools.

Mayor de Blasio appeared with labor leaders on Tuesday morning to announce that he has reached a deal to delay the previously scheduled Sept. 10 start date of New York City’s schools until Sept. 21.

Teachers will still return on Sept. 8, with Sept. 10 to 11 and 14 to 15 now devoted toward preparation. Students will begin online orientation from Sept. 16 to 18, but school buildings will not officially open for hybrid learning until the 21st.

“It’s a revision that still allows us to keep moving forward, but with additional preparation time,” de Blasio said during the announcement.

In addition to the extra preparation time for teachers, the deal will also provide a mandatory system of testing for adults and students once in-person learning has begun. A blind representative sample, comprising 10 to 20 percent of all students and adults from every public school, will be selected each month for free COVID testing, with results available within 48 hours.

The decision comes after the mayor had emphasized his commitment to a Sept. 10 start date for months. De Blasio came to the agreement with the labor leaders amidst the threat of a teachers strike, after they had cited safety concerns with the proposed timeline. In the Tuesday press announcement, the mayor said that the agreement came as the result of “intense” conversations over the past three to four days.

“Teachers who usually get two days of professional development at the beginning of the school year will now get nine. We’ve heard from everyone in our schools that have said we need some more time,” Schools Chancellor Richard Carranza said.

United Teachers Federation President Michael Mulgrew said the delay represents a consensus between the union and the Department of Education about what a school needs to have in place before the start date.

“What the schools will now see is definitively what they need to get done,” said Mulgrew, adding that teachers are not getting any time off. The additional time will go toward preparation.

Though the delay represents a significant display of leverage on the part of the teachers’ union, not all the rank and file were pleased with the outcome. The Movement of Rank and File Educators Caucus of the UFT released a statement saying that while it welcomed the delay, it rejected the way that UFT leadership reached the decision through behind-closed-doors negotiations with the mayor instead of conversations with the membership.

MORE also pointed out that questions around the plan’s staffing measures remain.

During an interview on “The Brian Lehrer Show,” Mark Cannizzaro, the head of the city’s principals’ union, reiterated that staffing shortages are a concern but said that he hoped to get those and other issues worked out before the 21st.

Meanwhile, some parents in Queens have zeroed in on the mandatory testing requirements as an example of overreach. Irene Raevsky of Forest Hills, a member of Queens Parents United, told the Chronicle that for one thing she does not think testing a 10 percent sample would be effective.

“If testing is so vital to reopening schools, then we don’t understand why parents cannot have their children tested at a place of the parents’ choosing and convenience, which can be done within the first month of school for all students as opposed to doing it piecemeal by the DOE,” Raevsky said.