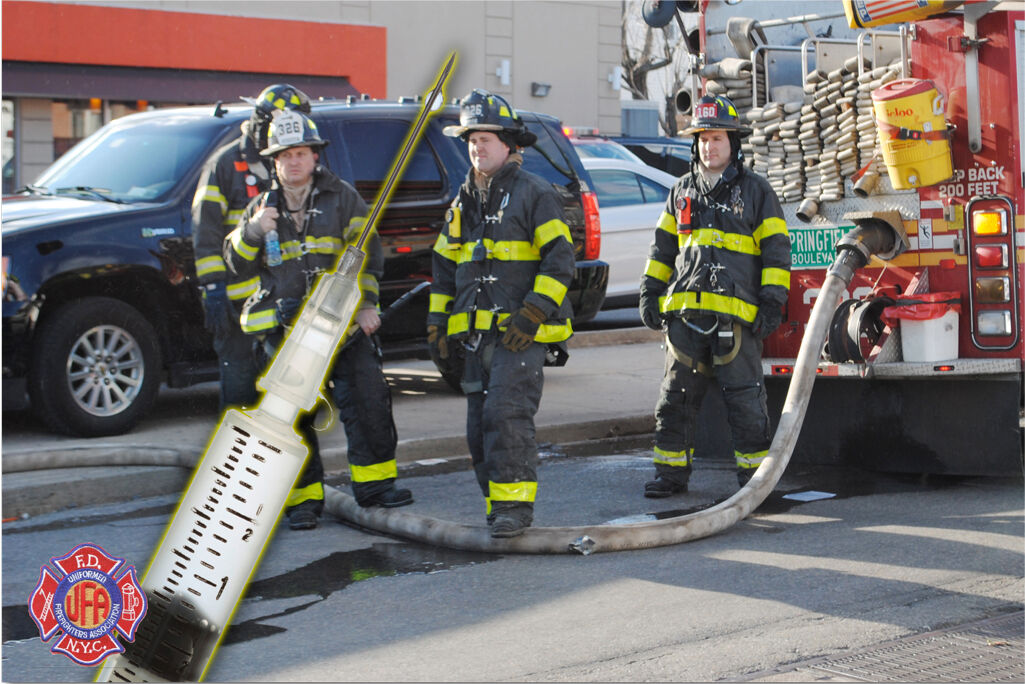 All city and state employees will be required to either get vaccinated against Covid-19 or get tested weekly, under new rules separately announced by Mayor de Blasio and Gov. Cuomo. The union representing city firefighters is among those objecting to the mandate. 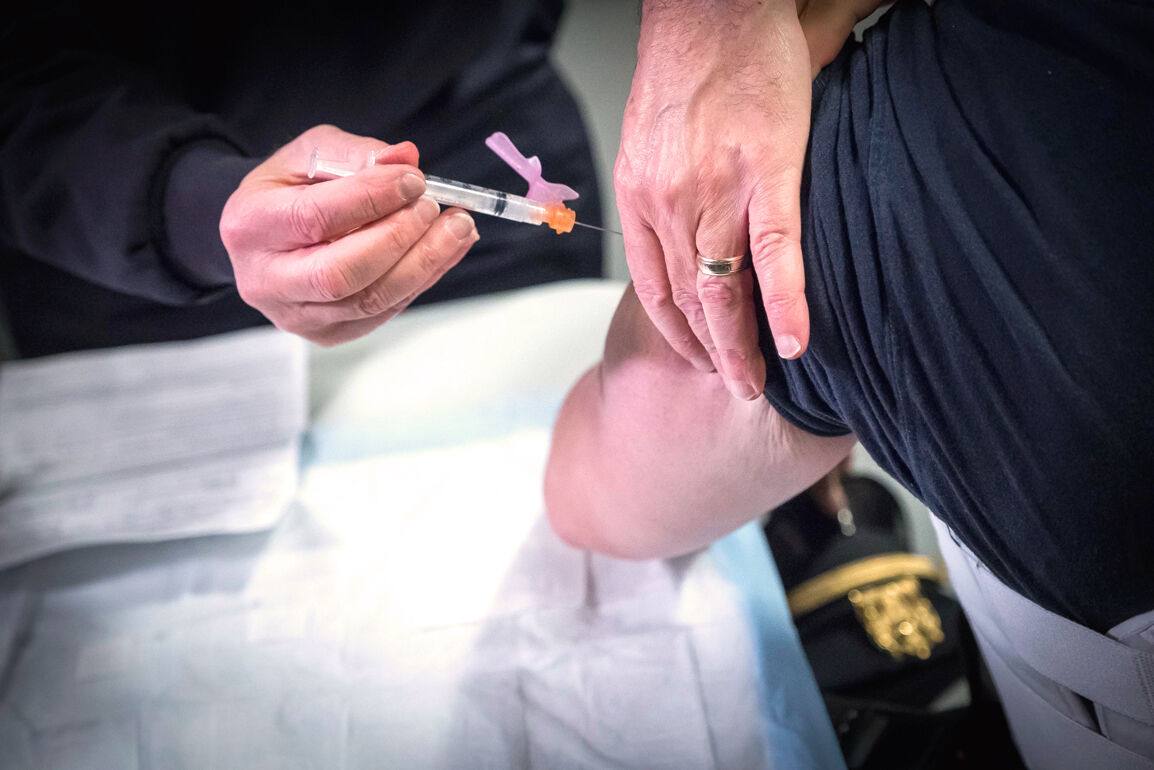 Mayor de Blasio announced Monday that all city workers would be required to show proof of vaccination or undergo weekly testing as of Sept. 13.

All city and state employees will be required to either get vaccinated against Covid-19 or get tested weekly, under new rules separately announced by Mayor de Blasio and Gov. Cuomo. The union representing city firefighters is among those objecting to the mandate.

Mayor de Blasio announced Monday that all city workers would be required to show proof of vaccination or undergo weekly testing as of Sept. 13.

All state and city workers will need either the vax or the swab by mid-September.

Mayor de Blasio announced Monday that the city will expand a vaccination or mandatory test ultimatum to the entire municipal workforce — more than 300,000 employees, including those in the Department of Education, the Fire Department and the NYPD.

Two days later, Gov. Cuomo made the same guidelines for all state employees.

The mayor’s announcement, however, came as a shock to some of the municipal unions, several of which have expressed their intention to resist the mandate. Many unions have pointed out that the mayor cannot actually institute such a mandate without first meeting them at the bargaining table.

But while the mayor previously announced that city healthcare workers will be required to show proof of vaccination or undergo weekly Covid testing, he’s now building on that model. On Sept. 13, the first full day of public school, the entire city workforce will have the same requirement.

“In September everything is going to come together. September is the pivot point of the recovery,” he said at his Monday press event. “September is when it will all happen.”

For 45,000 city staffers who work in residential and congregate care settings, the deadline will come earlier, on Aug. 16.

The new mandate comes at a decisive moment in the city’s recovery, with the Delta variant on the rise, and city school reopenings only a month and a half away. Along with the announcement, the mayor introduced a new technological tool, the NYC Covid Safe App, that will help its workforce, and all other city residents, demonstrate that they have either been vaccinated or recently tested.

According to city data, about 54 percent of all New Yorkers have been fully vaccinated to date, but the speed of inoculations has slowed in recent months, and the number of daily cases have spiked since early July. The seven-day average of confirmed and probable cases as of July 25 was 976 — a fraction of what it was at its worst in January, but still nearly five times what it was at the end of June.

The mayor added that beyond the September deadline, he would be taking other measures to encourage city employees to get vaccinated in the short term. As of Aug. 2, all unvaccinated city government employees must wear a mask while on the job.

“We’ll have to be very tough if a city employee is not wearing a mask,” de Blasio said at his press event.

Asked about the legal grounding for the announcement, de Blasio explained that it’s the city’s right as an employer to require vaccination from its workforce in the interest of health and safety. If employees refuse to comply, they will be put on leave without pay, according to Renee Campione, commissioner of the Office of Labor Relations.

“Vaccinating city staff, employees, frontline workers, is prudent. It’s important. It’s ethical. Not only will it save lives, but it will help all of us,” said Arthur Caplan, head of the New York University Langone Medical Center’s bioethics division. He added that the city is on solid legal ground.

De Blasio appeared at his press event without any union leaders, and said that city officials had not yet spoken with all of the affected municipal unions. The unions will have a right to negotiate about the safety and impact of the decision, added Campione.

While some, such as the United Federation of Teachers, expressed agreement with the city’s strategy so as to boost the vaccination rates before school begins, others were not so supportive.

The Uniformed Firefighters Association, which represents city firefighters, held a press conference later on Monday pushing back on the mayor’s decision, reportedly saying that the union is “pro-choice” when it comes to its members’ views on vaccines.

DC 37, the city’s largest municipal workers union, joined the UFA in its resistance to the mayor’s mandate, but pointed its criticism at the testing rule. Its president, Henry Garrido, said that mandatory testing would necessitate bargaining to discuss its implementation.