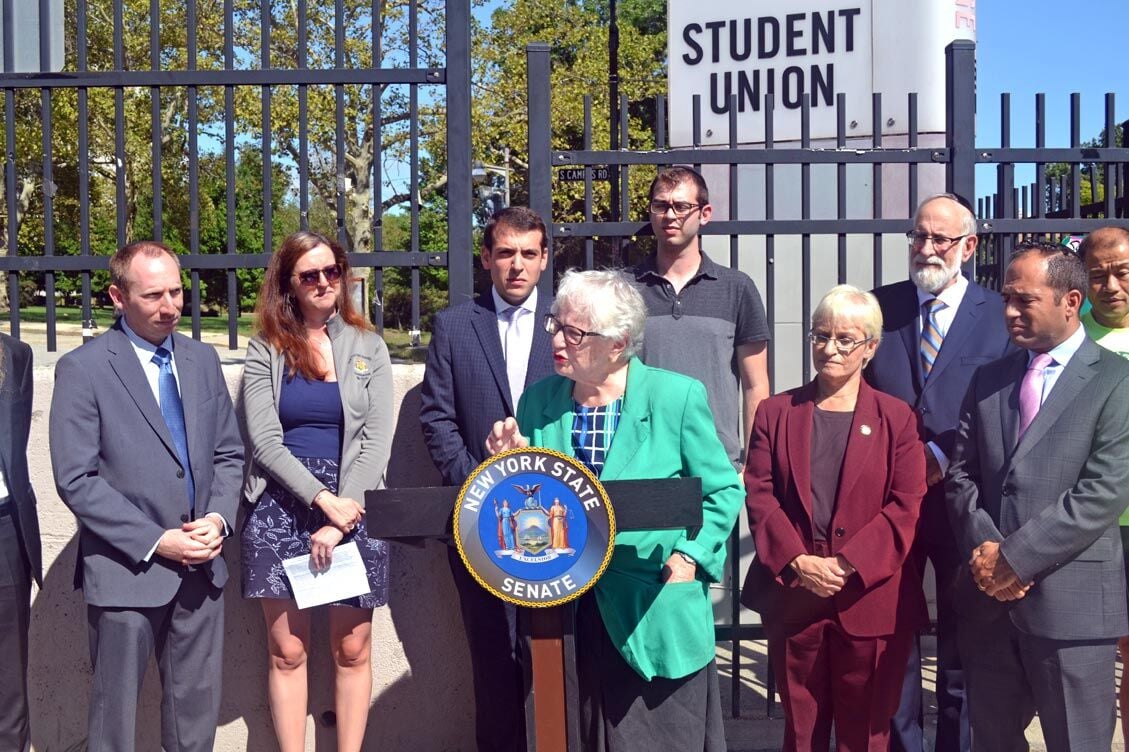 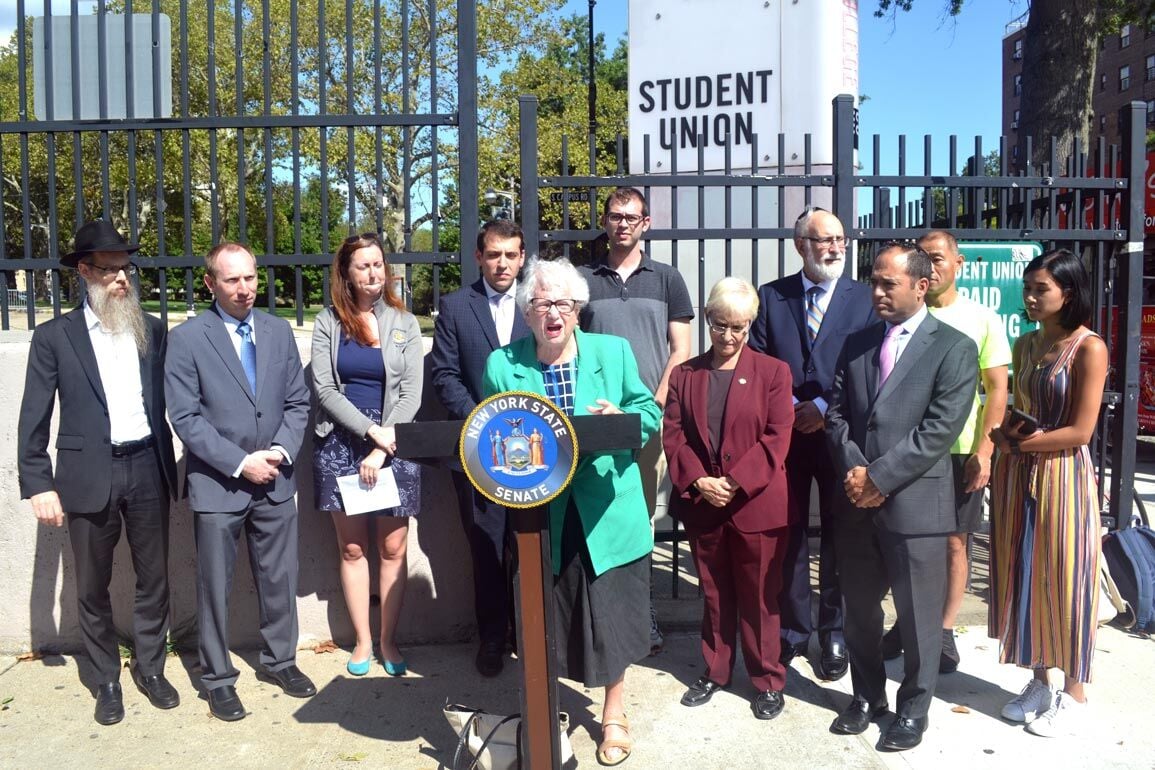 “We need to know that every student — whether you’re Jewish, Asian, Muslim, or whatever religion — that you can learn in a place that is free of discrimination and hate,” Rosenthal said Tuesday. “We are making clear today that colleges and places of higher education, we are letting them know that we’re going to continue to combat this hate so we do not become a place that permeates hate.”

As it stands, all institutions of higher education that receive state funding are required to report those statistics in college catalogues and student handbooks, but not online. The legislation, which — should they both be re-elected — Stavisky and Rosenthal would introduce when Albany resumes session in January, stipulates that colleges must post that data on their websites within 90 days.

The announcement comes just weeks after a man shouted racist, anti-Semitic, anti-Christian and anti-Islamic comments and conspiracy theories through a megaphone just outside Queens College, as the Chronicle previously reported. He had initially been doing so on campus before being removed by campus police, Rosenthal noted at Tuesday’s press conference.

Stavisky, who chairs the Senate Committee on Higher Education, said the policy has not been updated since 2003, when the Hate Crimes Act was expanded in order to include bias-related crimes.

“When I went to college — back when I went to graduate school here at Queens College — you didn’t have websites. We had catalogues, we had handbooks,” Stavisky said. “And that, to me, is totally anachronistic. It represents the past.”

State Sen. John Liu (D-Bayside) agreed. “We know that hate happens on campuses, we need to do something about it. A lot of things can be done, but the first step towards combating hate is acknowledging that it exists,” he said. “So that means it has to be reported. And it has to be reported in a way that people actually see it.”

To that point, Stavisky noted that, under this legislation, college would not only need to post reports of hate crimes, but to do so in a separate, clearly designated category in their crime statistics.

City Councilmember Lynn Schulman (D-Forest Hills), the only Jewish member of the Queens delegation, said that at the city level, she and her colleagues in the Jewish Caucus intend to hold CUNY accountable on the issue.

However, when asked by the Chronicle at Tuesday’s press conference, Rosenthal said that the legislation only applies to hate crimes that takes place on a college’s campus. An incident that occurs, for example, just outside school grounds as students are making their way to class — like the latter portion of the recent one at Queens College — would not need to be included in the school’s data.

“They’re not responsible for what happens off campus,” Rosenthal said.