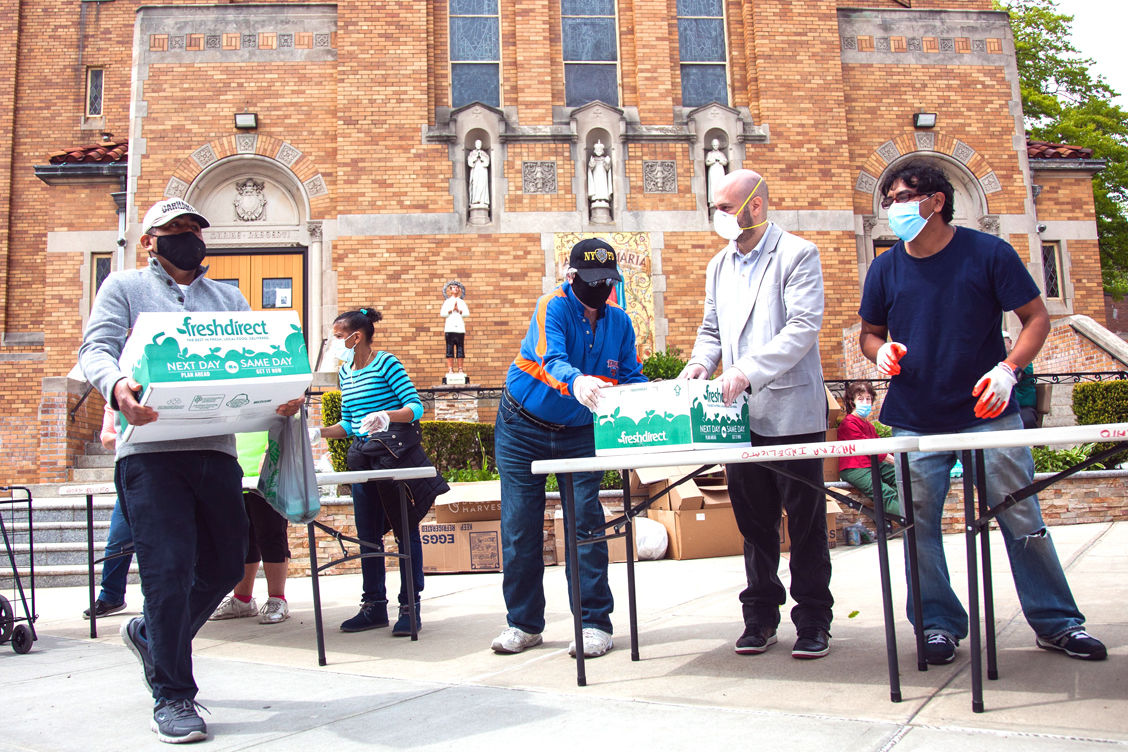 Volunteers including Frank Dardani, center, and Mike Scala, in gray jacket, handed out 200 boxes of groceries to people who waited in line for hours outside Nativity of the Blessed Virgin Mary Church in Ozone Park on Monday. 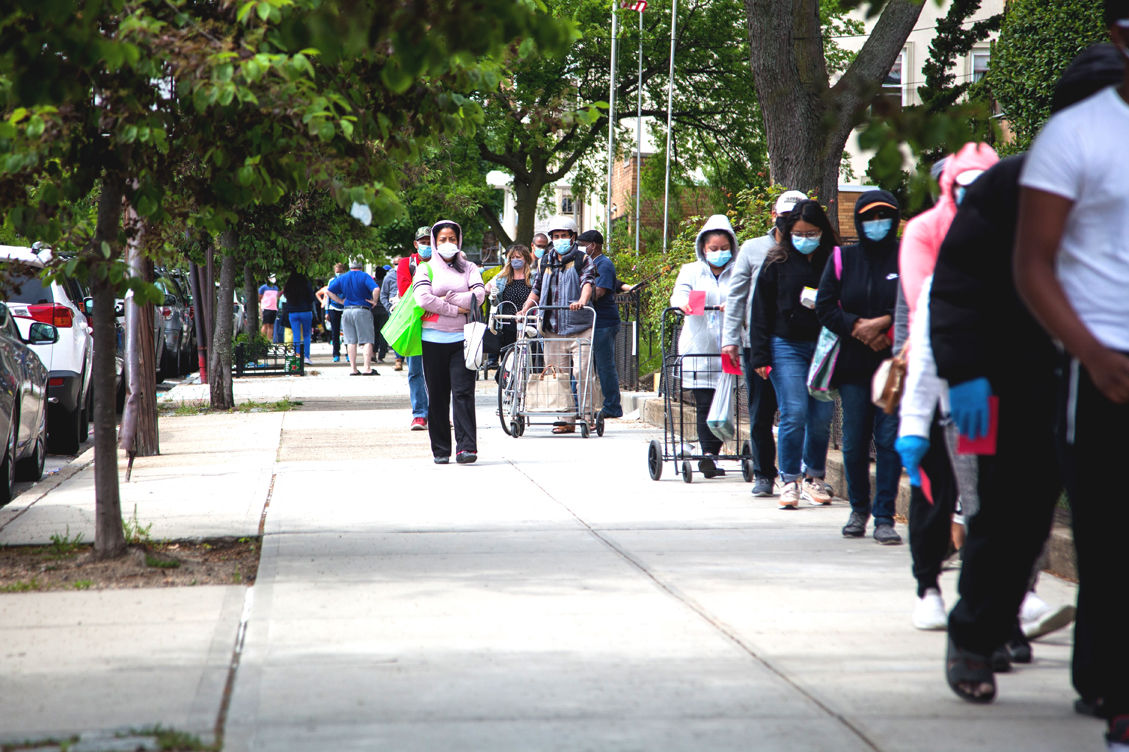 Volunteers handed out 200 boxes of groceries to people who waited in line for hours outside Nativity of the Blessed Virgin Mary Church.

Volunteers including Frank Dardani, center, and Mike Scala, in gray jacket, handed out 200 boxes of groceries to people who waited in line for hours outside Nativity of the Blessed Virgin Mary Church in Ozone Park on Monday.

Volunteers handed out 200 boxes of groceries to people who waited in line for hours outside Nativity of the Blessed Virgin Mary Church.

A line of people stretched across more than two blocks outside Nativity of the Blessed Virgin Mary Church in Ozone Park on Monday afternoon, with everyone there to pick up a delivery of grocery boxes from the Borough President’s Office.

Some residents got there nearly four hours before the food was scheduled to arrive and ended up waiting for over six hours for their box of groceries. Two months into the coronavirus pandemic, many Ozone Park residents find themselves going to great lengths to get basic necessities.

“I just need food for the kids,” said Neama Rezk, an unemployed mother of two who lives a block away from the church.

The Our Neighbors Civic Association of Ozone Park set the distribution up with the help of acting Queens Borough President Sharon Lee, who partnered with grocery delivery service FreshDirect in its citywide initiative to provide 500 grocery boxes per day through civic organizations throughout the borough.

After ONCA got the word out about the food delivery through a combination of Facebook and fliers, a stream of neighbors started lining up early that morning anticipating that the food would eventually run out.

ONCA gave out 200 boxes of food, handing each resident a ticket voucher — redeemable for one food box — as they waited in line for the delivery, which ended up arriving two hours late.

The Port Authority of New York and New Jersey, which has been assisting the effort by providing transportation for the goods, had a delivery to make in Rockaway that delayed its arrival in Ozone Park.

There were 17 people left waiting after the ONCA gave food to all the people who had tickets. With only five boxes left, the civic organization had to break up the remaining ones up into individual items and spread them among those left.

“It’s nobody’s fault that the truck has been delayed. We appreciate whatever we’ve been given. We got to pull together and wait until this mess ends,” said a resident who asked not to be named.

Not everyone was that patient. Many became restless after the late start, but they had no choice but to wait it out.

“All the savings you have, you have to dig it out,” said Bibi Ally, a mother of seven. Ally said that her construction worker husband had not been able to work since the Pause measures were first enacted.

“It’s very hard for poor people. I live on $1,000,” said Indra Rajopa, a retired 68-year-old neighbor, adding that she was struggling to stretch her Social Security payments to meet the bills.

Iris Vazquez, a furloughed school bus driver for the city, said that she had only been out of work for two weeks, so her financial situation was not quite as dire as some others, but with uncertainty over whether the Department of Education would employ drivers during the summer, she felt she needed to save where she could.

Adding insult to widespread unemployment and loss of income, supermarkets have started to inflate the price of staples like eggs and meat recently, according to multiple residents.

“We’re looking for free food because the supermarket raised the prices,” said Lucia Flores. “A steak is $11.”

In lieu of fresh meat from the store, the boxes each contained two cans of meat or fish, among around 20 other items. ONCA was also able to provide a supply of bread, eggs and diapers for many of the families.

“I’ve been in this country over half my life. I’ve seen the blackout, I’ve seen Sandy. I’ve never seen anything like this,” said Rezk.