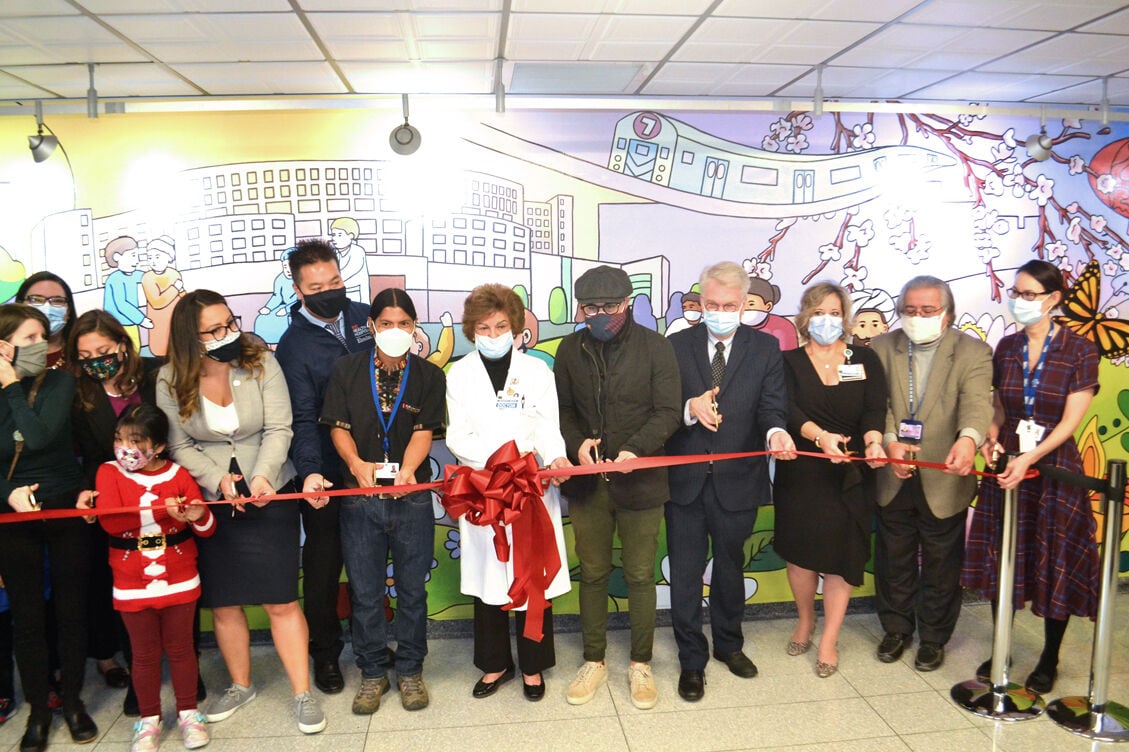 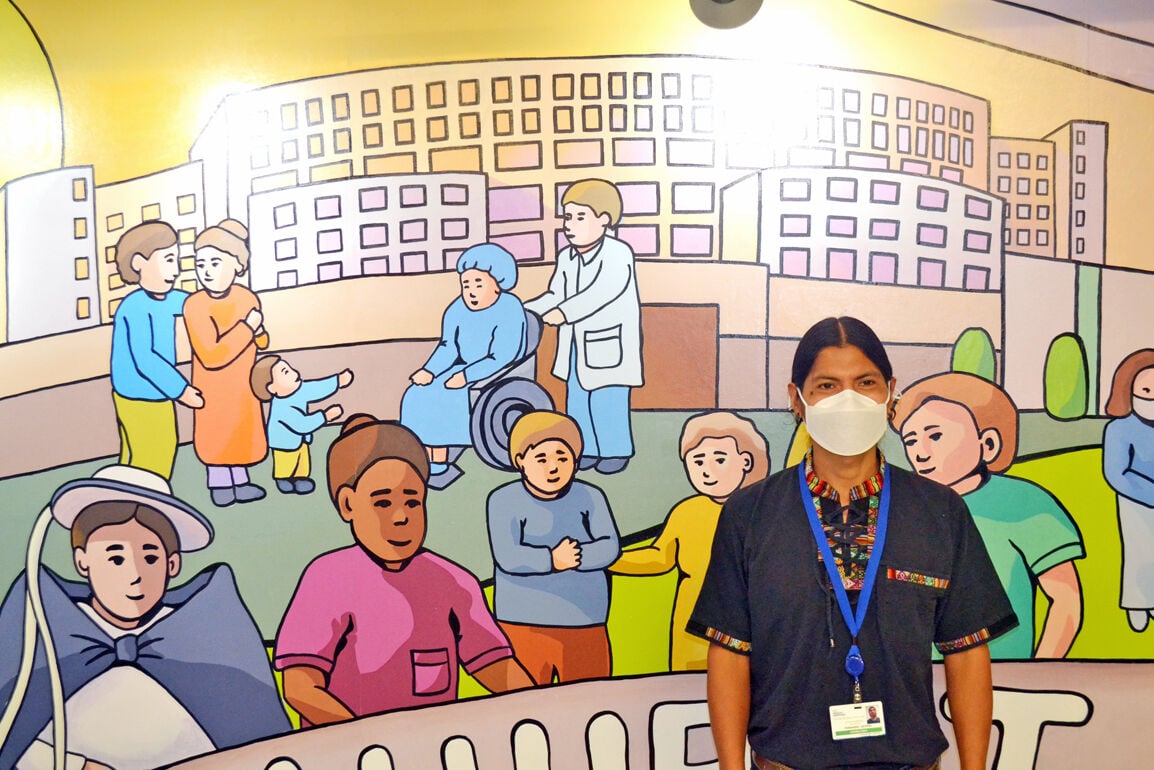 Artist Fernando Lechon poses in front of his creation, celebrating frontline workers and Elmhurst during its unveiling Monday.

Artist Fernando Lechon poses in front of his creation, celebrating frontline workers and Elmhurst during its unveiling Monday.

“Although we have a pandemic, the likes of which none of us have seen before, and some days we feel that the world is in crisis and that there’s little we can do as individuals, art has a way of bringing communities together,” said Amy Harris, associative executive director at NYC Health + Hospitals/Elmhurst.

She spoke as the hospital, considered the “epicenter of the epicenter” months ago, unveiled its “Elmhurst Strong” mural in the lobby on Monday.

Frontline workers, patients and elected officials worked on the art, which was done on special 5-by-5-foot mural paper that was pasted on the wall.

“This experience was very special because we worked as a team to make the design come true,” artist Fernando Lechon said.

The mural is dark blue to the left and gets lighter as it goes along with the 7 train up top and diverse faces all over.

Linh Dang, senior director of the NYC Health + Hospitals Arts in Medicine program, said it’s the first mural done “where they actually asked for a white person to be added onto the mural.”

Among the images are a doctor wheeling a patient toward a loving family, a man offering a plate of food and various flowers.

“Elmhurst Hospital not only was at the center of it but it was the rock that helped us get back up, keep moving and fight for our community,” said Assemblywoman Catalina Cruz (D-Corona).

Assemblywoman-elect Jessica Gonzalez-Rojas added, “It brings a healing quality to everyone who walks through these doors.”

Councilman Francisco Moya (D-Corona), who was born at the hospital and used to work there, commended “the men and women who go out here every single day and risk their lives through the worst pandemic this globe has ever seen,” adding that they saved lives “when people were afraid to come even near the streets of Elmhurst Hospital because somehow they felt they would get Covid just by being near the hospital.”

Wei said Covid cases are increasing across the city but at a much slower rate than the first time.

“We have lots of reasons to believe that it will not hit the same sort of surge that we did in the spring,” he told the Chronicle, adding, “Those who are catching Covid now tend to be younger, healthier, so we’re seeing less hospitalizations, less ICU patients.”

Wei said the hospital is preparing for the worst and hoping for the best as ICU capacity increased over the summer.

“We certainly can see more cases, more hospitalizations and unfortunately more deaths as the weather turns colder but none of the data or the science is telling us that it will be like it was in the spring,” he said.