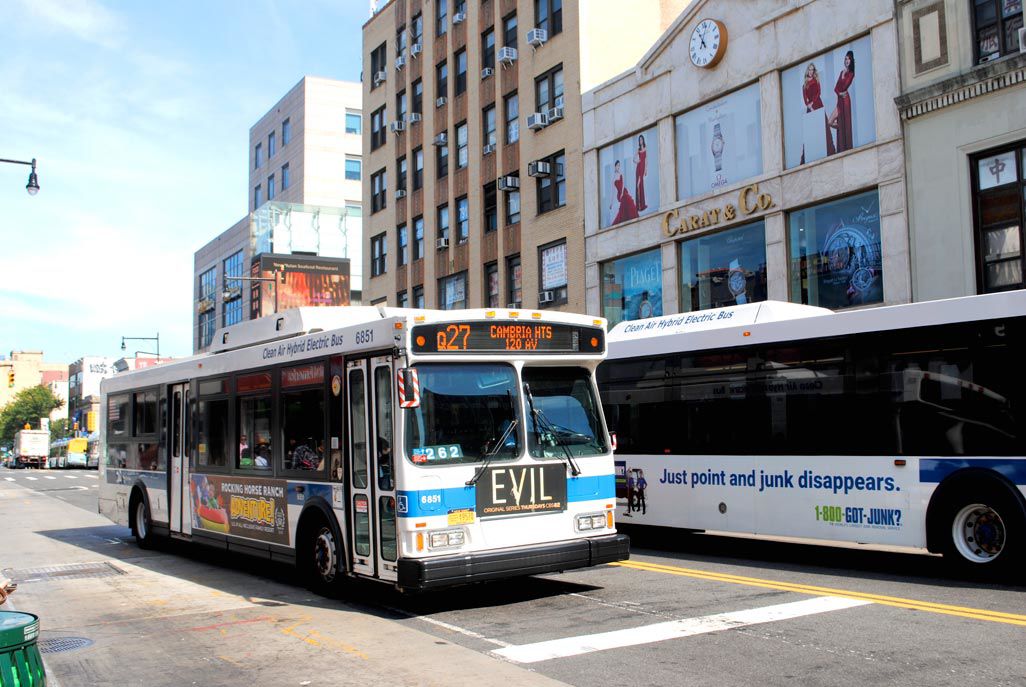 The MTA will host a series of meetings to discuss a draft plan to completely redesign bus routes it will replace, with the benefit of faster, more reliable service. The meetings have been scheduled throughout the borough beginning Jan. 21. 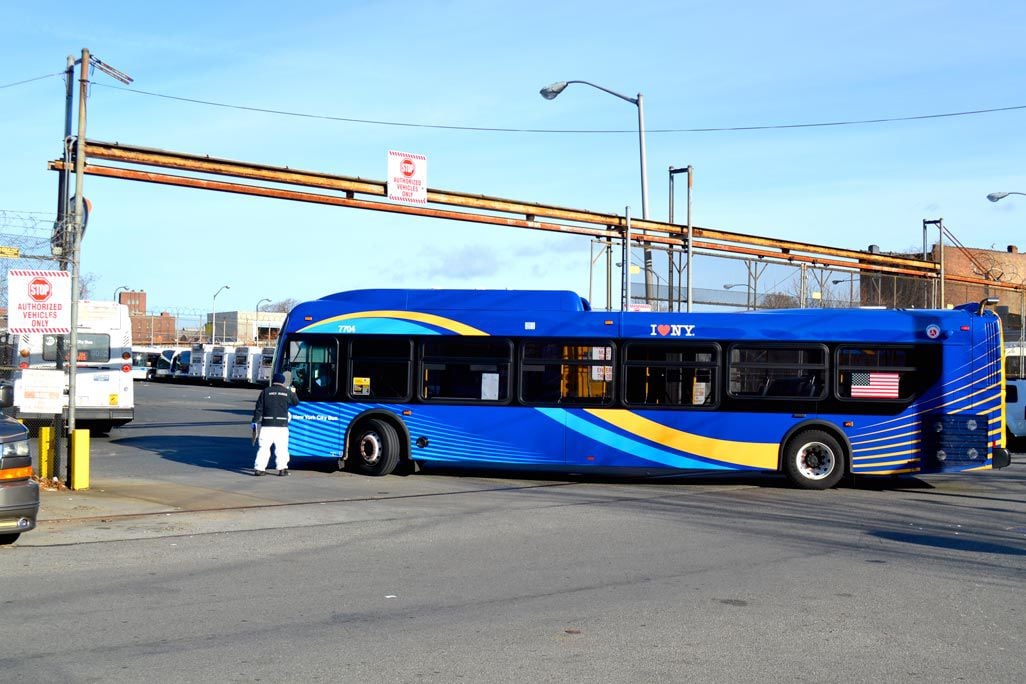 The Jamaica Bus Depot, a hub of Queens public transportation since the days of trolley cars. Like the Queens bus system, it is slated for a major overhaul in the near future.

The MTA will host a series of meetings to discuss a draft plan to completely redesign bus routes it will replace, with the benefit of faster, more reliable service. The meetings have been scheduled throughout the borough beginning Jan. 21.

The Jamaica Bus Depot, a hub of Queens public transportation since the days of trolley cars. Like the Queens bus system, it is slated for a major overhaul in the near future.

Last April, the Metropolitan Transportation Authority promised a massive, top-to-bottom redesign of public bus routes throughout the Borough of Queens.

Beginning Jan. 21, the MTA will host seven regional meetings to discuss 434-page proposal that lays out new routes, eliminates others with a proposed reduction in turns, narrow streets and bus stops to speed rides up.

“Improving bus service is one of the pillars of our Fast Forward plan to transform every aspect of New York’s transit service, and the single most important initiative to do that in the bus element of the plan is to redesign every borough’s bus network so that it works for customers,” said MTA NYC Transit President Andy Byford. “We are very excited about this draft plan for Queens buses because it is a true reimagination of the routes that incorporates the earned knowledge of customers, our ground personnel and operations staff to create a new foundation of bus service in Queens.”

The existing 82 routes would be reduced to 77, with new routes or combinations of them supposedly designed to cover all areas.

The Q27, for example, which runs between Flushing Main Street and Cambria Heights, is proposed to be covered by the new QT15, QT31 and QT71 lines. But the QT71 also would cover part of the existing Q71 line, along with he new QT73.

Other changes would be like those proposed for the Q54, which runs from Jamaica to Brooklyn along Jamaica and Metropolitan avenues. The new QT3 and QT54 routes would travel instead along the wider Hillside Avenue before connecting with Metropolitan.

The QT54 would act like a local bus, with 22 stops in Queens, including the six Queens stops that would be served by the QT3, serving as an express

Another example of a narrow street that would be avoided would be Austin Street in Forest Hills.

The draft report also directly answers questions posed in workshops throughout Queens last year and posted on the project’s website.

It states that while some passengers would not have to transfer to complete their trips “creating straight routes with fewer stops will allow us to run more frequent service. Even though you may need to transfer to get to your destination your overall trip may be shorter ...”

The report says reducing the number of bus stops speeds up trips, but was not exactly encouraging.

“If customers are willing to travel a bit further to a bus stop, many will experience a shorter trip overall,” it states on page 58.

Southeast Queens has some of the slowest, least reliable bus service in the city. Much of northeast Queens has no other option but buses for someone who does not own a car. Councilmen from both regions were adopting a wait-and-see attitude when contacted by the Chronicle.

“My district has no subway, no Long Island Rail Road stops — the only district without both,” said Councilman Barry Grodenchik (D-Oakland Gardens) in a telephone interview.

Grodenchik said he and his staff still are going over the report. He wants to make sure routes along Springfield Boulevard from north to south are covered for people traveling back and forth between home and places like Queensborough Community College and Benjamin Cardozo High School in Bayside.

Grodenchik is concerned about what he said appears to be a lack of service in the area of Glen Oaks Village, a massive co-op complex.

Councilman Daneek Miller (D-St. Albans) has a more practiced eye for the situation than most. He was a career city bus operator who went on to head the union local representing drivers in Eastern Queens.

“Southeast Queens has been a transportation desert for years. Any plan to remedy this decades-long injustice must ensure that residents’ voices are heard during the public review process,” Miller said in an email to the Chronicle. “Right now, our top priority is ensuring that true stakeholders and experts have a seat at the table and can narrate and reflect the values of our community.”

Miller, too, said he and his staff are still reviewing the full document, and are working with the MTA to set up community forms in the coming weeks.

“Ultimately, we are hopeful that the final plan will be representative of what we’ve been advocating for these past twenty years: better intra-borough connections, more effective and efficient service, and increased access to our most underserved neighborhoods,” he said.

A number of meetings already have been set up in different regions of Queens. All are scheduled to run from 6 p.m. to 8 p.m.

• Jan. 21 at the Greater Ridgewood Youth Council at 59-03 Summerfield St. in Ridgewood;

• Jan. 23 at the Queens Educational Opportunity Center in Jamaica at 158-29 Archer Ave.;

• Jan. 30 at the Langston Hughes Library and Cultural Center at 100-01 Northern Blvd. in Corona;

The entire document can be viewed and downloaded online at new.mta.info/document/12706.

Additional information, as well as the entire redesign draft plan, is available online at new.mta.info/queensbusredesign.