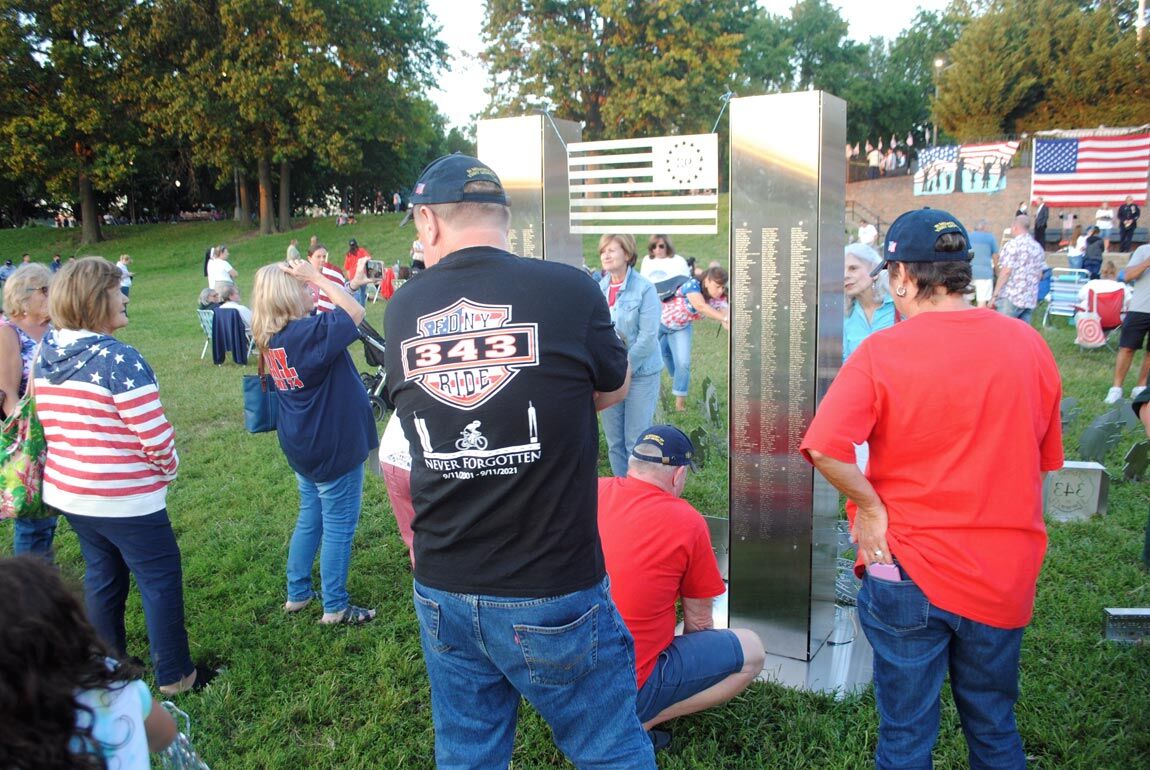 rs at Juniper Valley Park take in Mark Papadimitriou’s memorial to those lost in the 9/11 attacks at the 20th anniversary commemoration. 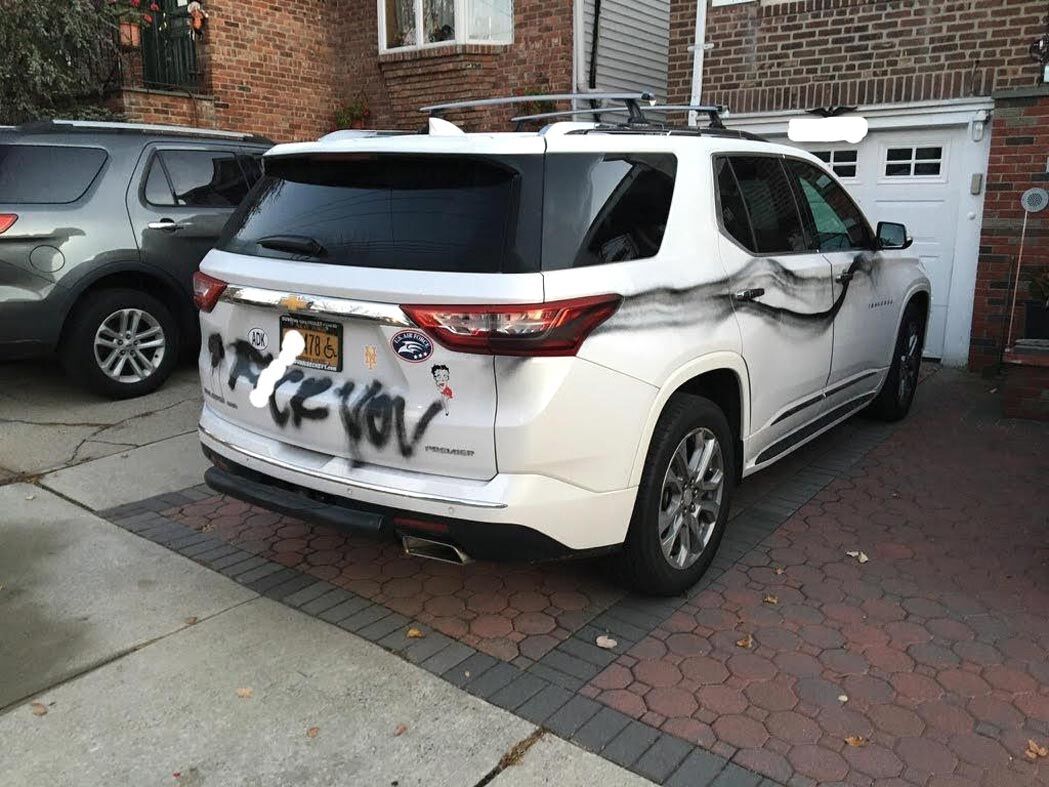 Just some of the damage caused by vandals in Middle Village on Nov. 19 following the Kyle Rittenhouse verdict. Five people were arrested. 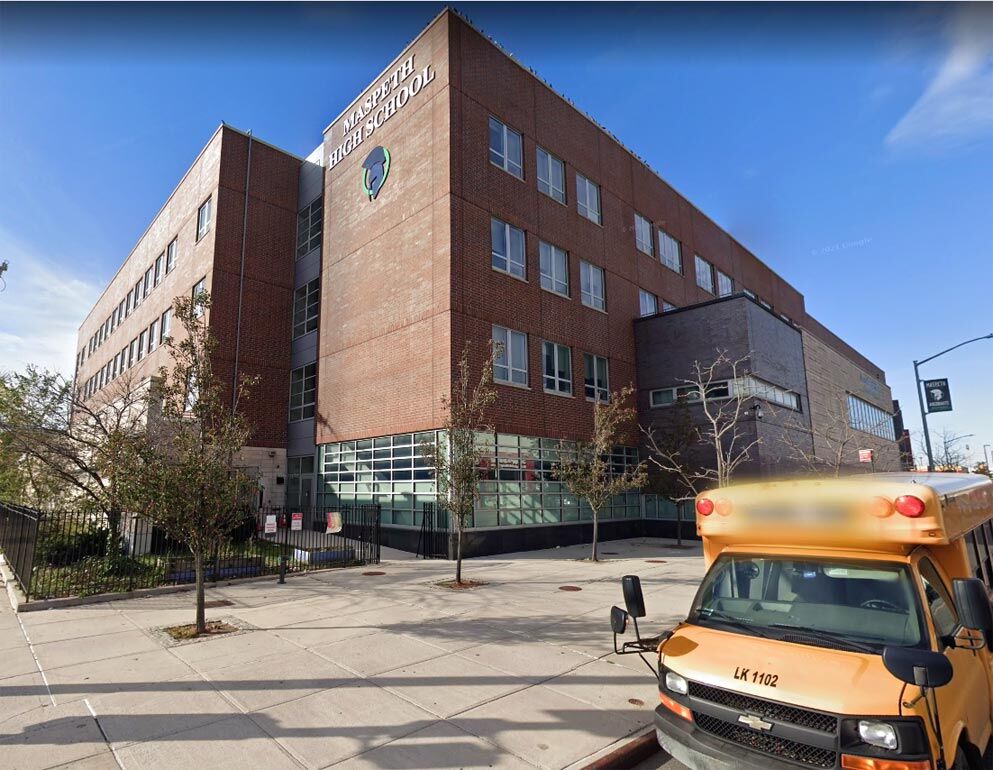 The Department of Education is conducting multiple investigations into the past administration at Maspeth High School. 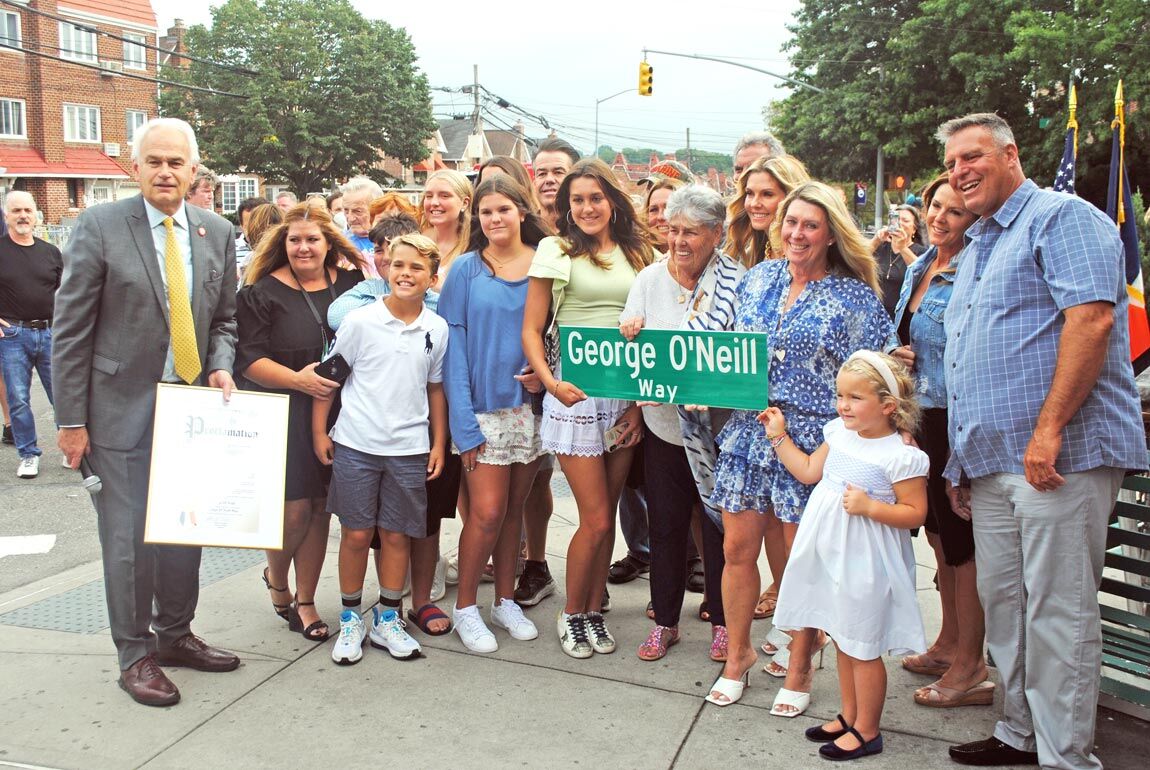 rs at Juniper Valley Park take in Mark Papadimitriou’s memorial to those lost in the 9/11 attacks at the 20th anniversary commemoration.

Just some of the damage caused by vandals in Middle Village on Nov. 19 following the Kyle Rittenhouse verdict. Five people were arrested.

The Department of Education is conducting multiple investigations into the past administration at Maspeth High School.

Sure, in any given year there might be some things folks in Mid Queens would prefer not to remember.

But they make sure some people and the impact they made on others’ lives never will be forgotten.

The count of absentee ballots from June only served to cement Councilman Bob Holden’s (D-Middle Village) Democratic primary victory in his campaign for re-election to the City Council. He also would be running on the Republican line. Democrat Eric Adams and Republican Curtis Sliwa won their parties’ mayoral nominations. Borough President Donovan Richards won a close Democratic primary against former Councilwoman Elizabeth Crowley.

The city Department of Education filed internal charges against Khurshid Abdul-Mutakabbir, who had been principal at Maspeth High School since it opened in 2011.

Abdul-Mutakabbir remains under investigation in connection with charges that the school awarded improper student credits and had staff engaging in testing misconduct, such as assisting students with answers on Regents exams. The DOE alleges that some students had incomplete grades improperly changed to passing marks; and that students received credit for some classes that did not take place.

New York City began soliciting public input on plans to expand, codify and make permanent its Open Restaurants Program, which was created in the darker days of the pandemic in an effort to keep restaurants afloat with cafe-style and curbside dining.

A report from the office of Queens District Attorney Melinda Katz in July showed that drug overdose deaths surged in Queens during the 2020 pandemic. Katz said there were 391 overdose deaths in 2020, a 45.5 percent increase over 2019. The total was nearly five times the 82 homicide deaths in the borough in 2020.

Three teenagers, all minors, were arrested in the aftermath of a gang assault on an off-duty firefighter who was attacked near Juniper Valley Park the night of July 23. The attack took place just before 10 p.m. on Juniper Boulevard North near 75th Street. The fireman sustained minor injuries.

Suspended in 2020 because of Covid-19, the 104th Precinct’s annual National Night Out Against Crime returned to Juniper Valley Park on Aug. 3. The previous weekend the Fresh Pond Road Street Festival also was back after a one-year hiatus.

Eduard Florea of Middle Village pleaded guilty on Aug. 16 to one count each of transmitting threats to injure and possession of ammunition by a convicted felon in connection with social media posts made from his home before and during the Jan. 6 attack on the U.S. Capitol. Florea threatened to kill U.S. Sen. Raphael Warnock (D-Ga.), though he did not go to Washington, DC. He would be sentenced to 33 months in federal prison in December.

The DOE, on Aug. 24, named Selin Alicanoglu to replace Abdul-Mutakabbir as principal at Maspeth High School.

Gov. Cuomo, under growing clouds of scandal on multiple fronts, announced on Aug. 10 that he would resign effective Aug. 24. The Queens native was under increasing pressure from alleged sexual harassment scandals and the burgeoning investigation into alleged efforts by his administration to conceal numbers of Covid-related nursing home deaths from federal investigators.

The city announced on Aug. 20 that all students and staff participating in “high-risk” sports like football and volleyball would be required to be vaccinated against Covid-19.

After a year away because of the pandemic, the US Open once again welcomed fans back to the grounds of the Billie Jean King National Tennis Center at Flushing Meadows Corona Park.

The remnants of Hurricane Ida devastated New York City the night of Sept. 1 to 2, killing 13 people including eight in Queens. Many were trapped in basement or cellar apartments as the storm dropped about 10 inches of rain in some areas with flash floods and 35 mile-per-hour winds. The city’s drainage system, in most areas, is not designed to handle such volumes of water.

Mayor de Blasio said the city had been misled by weather forecasters as to the seriousness of the storm, though the National Weather Service early on Sept. 1 had warned the city that “Significant & life-threatening flooding is forecast ...”

President Biden visited some of the harder-hit Queens neighborhoods on Sept. 7.

City sheriff’s deputies and officers from the NYPD’s 104th and 112th precincts on Sept. 3 seized 53 vehicles, some with paper license plates and others that had been subjected to using technology that screens for phoney license plates.

The 20th anniversary of the 9/11 attacks was marked throughout the area.

Thousands came out to the annual ceremonies at Juniper Valley Park that once again included songs, prayers and the reading of the names of residents and first responders who were taken that day.

The following weekend, those lost from Glendale, Ridgewood, Middle Village and Woodhaven were remembered in a ceremony at Dry Harbor Playground in Glendale that culminated with the release of white doves symbolizing peace.

The corner of 53rd Drive and 63rd Place in Maspeth was formally co-named George O’Neill Way in memory of the longtime owner of O’Neill’s restaurant and bar. O’Neill was remembered by family and friends for his outgoing personality, kindness and willingness to lend a hand to community-based projects.

The old Midville Hardware store at 73-02 Metropolitan Ave. became a point of friction in the community, with police often being called to so-called “pop-up” parties that began appearing in the storefront site with increasing regularity.

Richards declared Oct. 1 to be Tina Charles and Delilah Muhammad Day in Queens for the Queens natives who brought medals home from the Tokyo Olympics. Charles, of East Elmhurst and Jamaica, played basketball at Christ the King High School in Middle Village. Muhammad, a track and field sprinter, is from Rochdale Village.

A Queens grand jury indicted a 20-year-old man for criminally negligent homicide in the September 2020 death of a 79-year-old golf course groundskeeper at Forest Park.

David Mangaran, 19 at the time of the incident, is accused of pulling William Hinchey of Whitestone from his golf cart, dragging him to a paved area and slamming him to the ground after Hinchey approached him to get off the golf course with his bicycle. Hinchey died three days later during related surgery.

The DOE announced on Oct. 31 that five teachers from Maspeth High School had been reassigned as investigations continued into alleged improprieties at the school.

Three youths were robbed of their bicycles by a group of thieves at The Shops at Atlas Park in Glendale on the evening of Oct. 31. One of the victims required hospital treatment.

Queens Public Library CEO Dennis Walcott welcomed a veritable who’s who in Mid Queens on Nov. 1 for the formal ribbon cutting at the newly refurbished Glendale Library. Originally built in 1935 at 78-60 73 St., the building underwent a four-year renovation.

On Nov. 6, the city renamed the plaza at the intersection of Grand and Flushing avenues in Maspeth in honor of Stanley Wdowiak, a Maspeth resident who participated in one of the most storied achievements in the U.S. Navy in World War II.

Wdowiak and two crewmates from his ship boarded a surfaced German U-boat in the Atlantic Ocean on June 4, 1944. Shutting opened valves and disconnecting explosive charges designed to sink the sub, quickly, Wdowiak and the others secured not only the U-505 but Enigma coding machines, code books and a treasury of intelligence information. Wdowiak received the Navy cross, the second-highest honor that a U.S. sailor can be given.

A thief walked into the Ulta Beauty store in The Shops at Atlas Park on Nov. 10 and walked out with more than $1,800 in merchandise stuffed into a backpack.

Between 40 and 50 people went on a rampage in Middle Village the night of Nov. 19, ostensibly in protest of the Kyle Rittenhouse court verdict in Wisconsin. Five people were arrested in a night that saw cars and buildings vandalized and American flags stolen from private property.

A Ridgewood man was sentenced to 19 months in federal prison on Nov. 22 for posting threats to harm and kill members of the U.S. Senate and House of Representatives two days after the Jan. 6 riots. Brendan Hunt was convicted at trial in April.

Bishop Robert Brennan, 59, was installed as the new leader of the Roman Catholic Diocese of Brooklyn on Nov. 31. He takes the place of the retired Bishop Nicholas DiMarzio, who had led he diocese and its 1.2 million Catholics in Brooklyn and Queens since 2003.

Gil Hodges, manager of the 1969 Miracle Mets after a stellar career with the Brooklyn and Los Angeles Dodgers, was voted into the Baseball Hall of Fame on Dec. 5

The city on Dec. 12 co-named a corner at the intersection of Furmanville Avenue and 83rd Street in Middle Village in memory of former Republican Councilman and longtime GOP fixture Tom Ognibene.

Mayor-elect Adams appointed Keechant Sewell, chief of detectives for the Nassau County Police Department, as the new commissioner for the NYPD. She will be the first African-American woman to hold the post.

Find Part I at qchron.com.