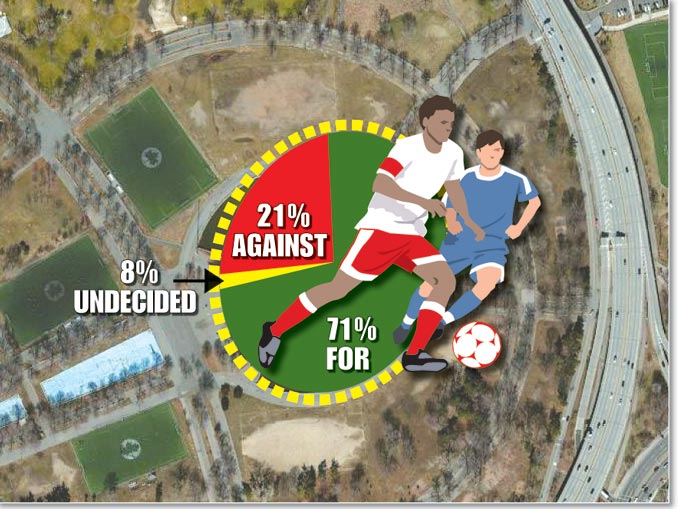 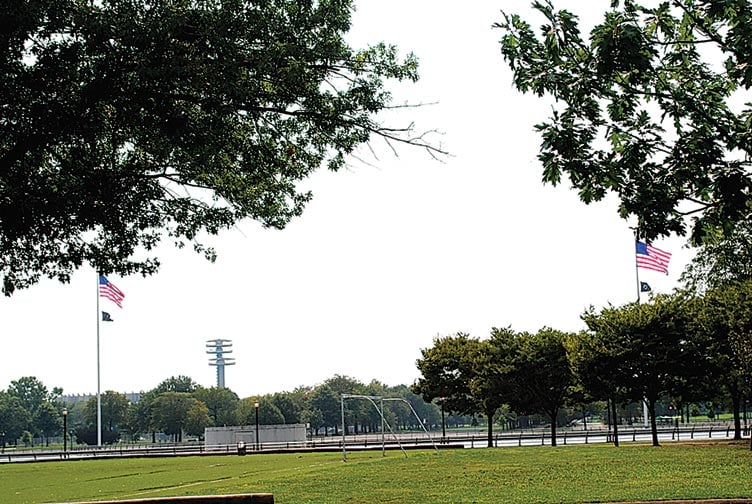 Major League Soccer released a poll over the weekend showing an overwhelming majority of Queens residents support a proposal they know little to nothing about.

The results of a survey commissioned by the league claims a vast majority of borough residents support the creation of a 25,000-seat soccer stadium a stone’s throw from the Unisphere in Flushing Meadows Corona Park. The full results show a majority of respondents were short on the proposal's details.

The survey was followed by a New York Post report which claimed the mayor has a list of high-profile projects which must be fast-tracked to ensure their approval before Bloomberg’s tenure in office ends in 14 months. The “legacy list” includes the proposed MLS stadium.

It was reportedly first started by former Deputy Mayor for Economic Development Dan Doctoroff and is the subject of ongoing weekly progress report meetings.

The Fairness Coalition of Queens, a collection of community groups opposing the stadium’s proposed location, is questioning the poll’s methodology. Members of the group said respondents were not presented with the full picture of the project, creating misleading figures meant to whitewash what has been a push to create the proverbial path of least resistance.

The survey had 650 respondents in total, 500 from around the borough and 150 selected from Corona and Flushing, which bookend the park.

Those figures drop when respondents were informed the stadium’s location would be in Flushing Meadows Corona Park, to 67 percent for and 27 percent against. The survey found a nearly identical level of support in the park’s adjacent communities.

“Our experience has been that when people learn about the stadium and the impact of the stadium, their minds change,” said Joseph McKellar of the Queens Congregations United for Action, a member of the Fairness Coalition. He added the coalition’s own survey, currently being conducted, shows support for the stadium diminished as a clearer picture is drawn of the stadium’s impact.

“Any charges that this was done in a vacuum are absolutely false,” said Jeffrey Pollock, president of Global Strategy Group, a research and public relations firm hired by MLS to conduct the survey. “We asked the question if people were in favor of the MLS stadium along with asking questions about [other proposed developments nearby].”

The poll, as shown to the Chronicle, starts by asking how informed the respondent is about the stadium plan, as well as the Willets Point redevelopment and USTA expansion plans.

Of those in favor of the stadium within the borough, 41 percent strongly support it, 29 percent somewhat support it.

Pollock attributed the support to Queens’ strong immigrant population, which fondly clings to the world’s game.

Javier Valdes, deputy director of Fairness Coalition member Make the Road New York, said the city is not presenting the stadium in the context of the two other projects going on around it. The coalition is trying to garner 5,000 signatures against the stadium’s location in the park, to present to the mayor’s office. The process of garnering the signatures has been revelatory.

“Most of them are not aware that all three projects are happening within the same time period,” he said. “Anything that takes away from green space is very problematic.”