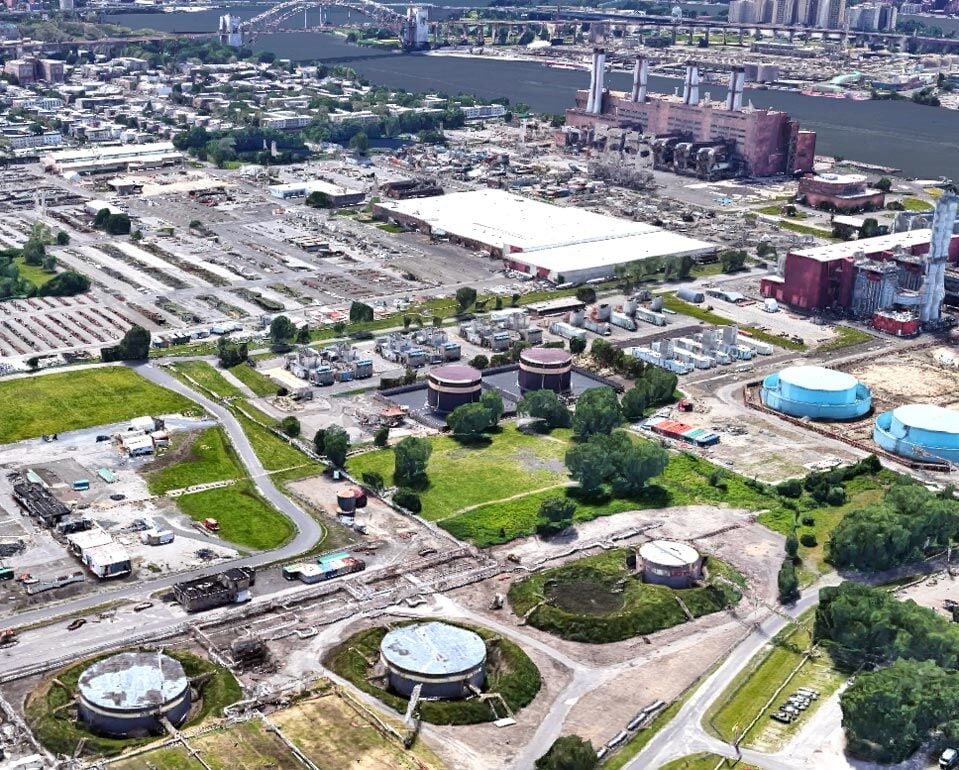 The mayor on Monday joined those who oppose a plan to convert an old oil-burning power plant in Astoria, above center within the area’s greater generating complex, with one using cleaner natural gas. Not clean enough, say Mayor de Blasio and other elected opponents who insist that only green energy is acceptable now. 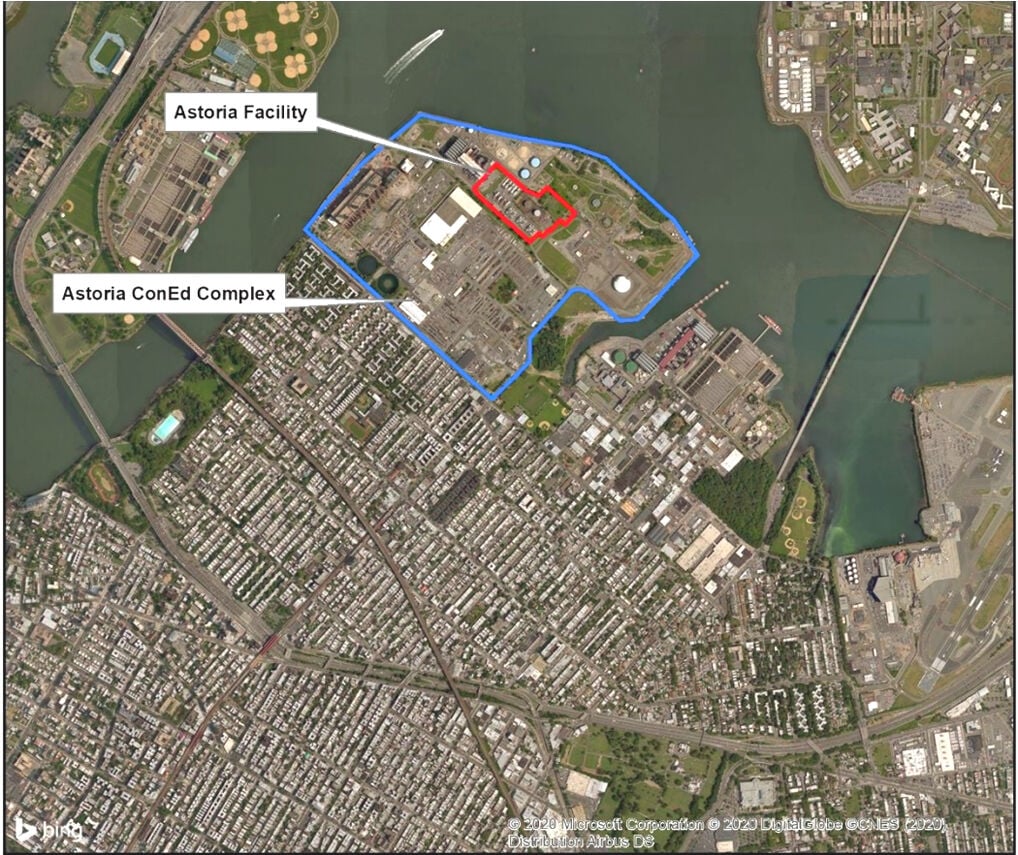 The city and NRG have differing views over the efficacy of a proposed natural gas peaker power plant conversion being proposed in Astoria.

The mayor on Monday joined those who oppose a plan to convert an old oil-burning power plant in Astoria, above center within the area’s greater generating complex, with one using cleaner natural gas. Not clean enough, say Mayor de Blasio and other elected opponents who insist that only green energy is acceptable now.

The city and NRG have differing views over the efficacy of a proposed natural gas peaker power plant conversion being proposed in Astoria.

Mayor de Blasio on Monday officially came out in opposition to the proposed conversion of an oil-burning electricity plant in Astoria to natural gas.

De Blasio and others on Monday announced their opposition to plans by NRG Energy Inc. to convert an existing oil-burning electricity generator. The company, right now awaiting permit approvals from the state, is planning to use the site as a “peaker” plant, which would go online only during supply emergencies.

The mayor also spoke out against a separate peaker plant proposal under review for the Gowanus section of Brooklyn.

But an NRG official said there is nothing inconsistent between his company’s proposal and the city’s and state’s legislated timelines for reducing carbon emissions.

“We must break our addiction to fossil fuels,” de Blasio said in a statement issued by his office. “The best way to do that is to champion projects that put us on a path to clean energy and stand against projects that reinforce our addiction. Replacing the Astoria and Gowanus plants are the wrong projects. We need our partners to explore solutions that advance our transition to a green economy, because those are the solutions that ensure a healthy and safe future for all New Yorkers.”

“To support more fossil fuel plants is to deny climate change and its damaging consequences,” Gianaris said in the statement from the Mayor’s Office. “Since we enacted our nation-leading state law to combat the climate crisis, it is clear that building more fossil fuel infrastructure does not fit our energy future.”

“The fight for our future is taking place right now,” Mamdani said. “New fracked gas infrastructure like the Astoria and Gowanus replacement plants lock us into dirty energy for years to come — even when the Climate Leadership and Community Protection Act commits us to being on 100 percent zero-emission electricity by 2040.”

“This will prevent companies like NRG from building fracked gas plants in our district which will harm our communities and warm our climate,” Ramos said.

In a subsequent online press conference Monday afternoon, Thomas Atkins, vice president for development at NRG, said the proposed plant would result immediately in reduced emissions by changing over to natural gas, and would go even further in the future with its ability to convert to hydrogen.

“As New York transitions to renewable energy, New Yorkers deserve an opportunity to have cleaner air now,” Atkins said in a prepared statement. “New Yorkers don’t need to choose between modern back-up electricity plants like our Astoria Replacement Project and renewable energy. New York needs both. New York City cannot afford to be short-sighted and ignore the lessons learned last summer in California and just two months ago in Texas.”

Additionally, he said, the Astoria Replacement Project is fully consistent with the CLCPA, as it would dramatically reduce statewide greenhouse gas emissions by more than five million tons — “the equivalent of taking 94,000 cars off the road every year” — through 2035 while reducing consumer electricity costs.

“All at no cost to taxpayers or ratepayers,” he said.

Atkins said the company is hoping it could have state approval for draft permits in as little as 60 days.