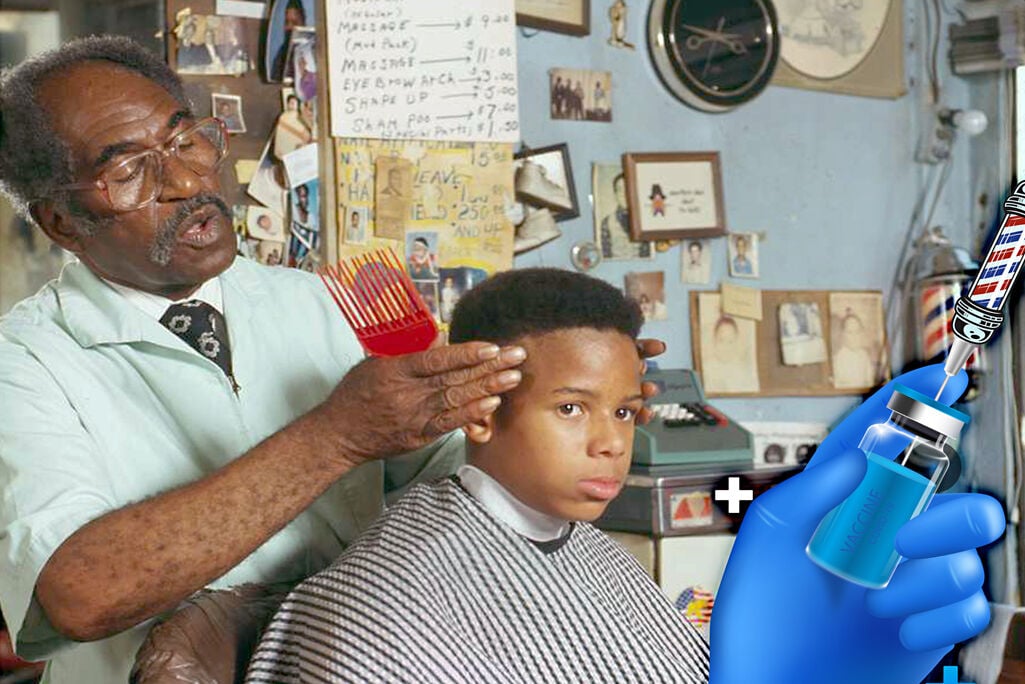 An entrepreneur is teaming with barbershops and hair salons in the African-American community to encourage people to get themselves vaccinated against Covid-19. Wil Shelton considers it vital to the effort to stop the spread of Covid in the Black community. 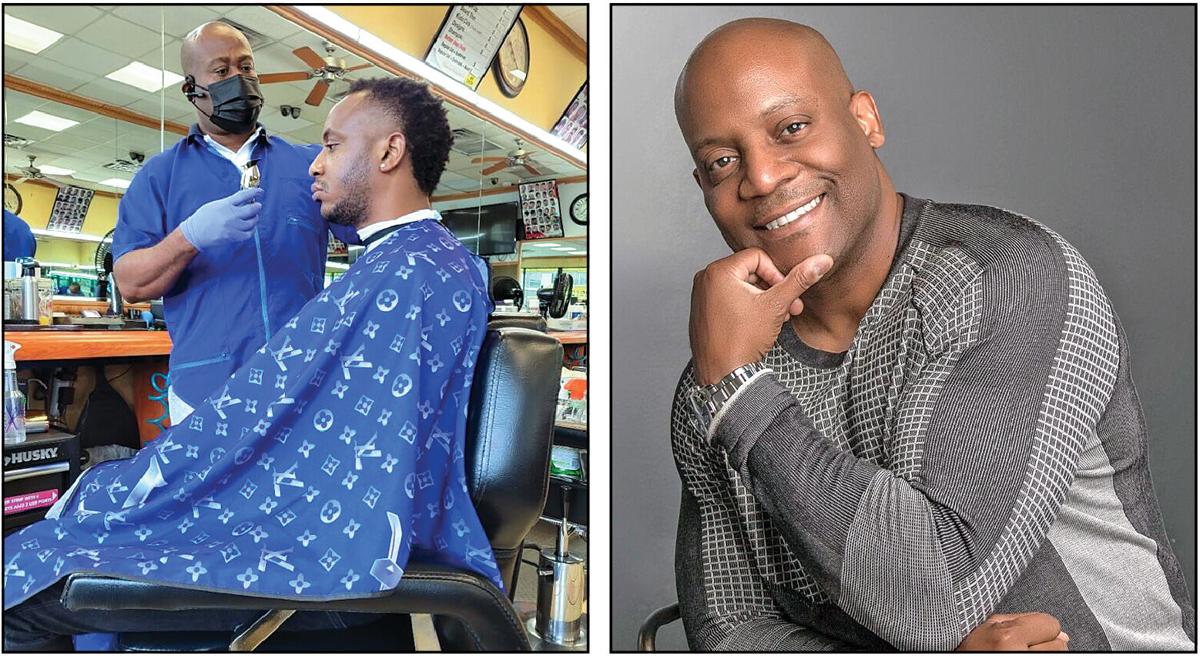 Errol Smith, left, is one of the Queens barbers working with marketing CEO Wil Shelton to encourage members of the Black community to get vaccinated.Photos Courtesy Errol Smith and Wil Shelton

An entrepreneur is teaming with barbershops and hair salons in the African-American community to encourage people to get themselves vaccinated against Covid-19. Wil Shelton considers it vital to the effort to stop the spread of Covid in the Black community.

Errol Smith, left, is one of the Queens barbers working with marketing CEO Wil Shelton to encourage members of the Black community to get vaccinated.Photos Courtesy Errol Smith and Wil Shelton

CEO Wil Shelton of Wil Power Integrated Marketing has made the business of grooming his life for nearly 30 years, first as a cosmetologist and barber for 27 years, then as a salon owner for 10. But his current role as a marketing consultant for more than 100,000 Black-owned barbershops and salons across the country means even more this year.

“At first this was a side hustle,” said Shelton. “Then I recognized how influential shop owners and stylists were.”

Black shop owners and stylists have a captive audience that spends more than $1.4 trillion on goods and services each year, according to Shelton, who started working in marketing in 2011.

Shelton was able to use that information to leverage marketing deals for salon owners and stylists with record studios and movie studios that want promotion for their film and music.

As the Black community was being devastated by the coronavirus, Shelton decided that as soon as there was a vaccine, he would use the sway of the salon and barbershop owners and stylists to encourage people to take it.

Southeast Queens, which has a predominantly Black, Latinx and immigrant population, has some of the lowest vaccination rates in Queens and throughout the city, according to data from the city’s Department of Health.

“Covid-19 came to kill, steal and destroy,” said Shelton. “Then it grabbed the Black community by the collar.”

Knowing that he could help the Black community through his business he reached out to barbers and hair stylists throughout his network as soon as the vaccine distribution started across the country and created the Vaccine Location Advocacy Campaign.

“A lot of African Americans trust the science, but they do not trust the scientist,” said Shelton, whose grandmother, 89, died of the virus. “We are using the barbershops and salons as pillars as health.”

Errol Smith, 48, of Father and Son’s Barbershop in Laurelton, is one of the four salon or barbershop owners and stylists in Queens whom Shelton contacted to use their voice to reassure customers about the vaccine.

When Shelton reached out to Smith, the barber of 30 years was delighted to join the advocacy program because his close contact with customers meant that he would be susceptible to the virus.

“You’re dealing with the public and you don’t know who you are going to be in contact with,” said Smith, who took the Pfizer vaccine. “I had a few customers who dropped off at the shop, but since getting back in contact with us the first question they ask is, ‘Did you take the vaccine already?’”

When his customers learn that he has taken the vaccine, they are less worried about taking it themselves.

“They feel more comfortable knowing that we took the vaccine and are working with them,” said Smith. “They feel more safe. When I realized that, I encouraged more people to get it.”

Before the vaccine distribution, Smith felt like he might have to give up on the business that brought him security in his life.

“I was not good in bookwork so I thought it was good to have a trade,” said Smith. “I didn’t have a mom or dad. I had no support. I never regret the day that I learned that skill.”

Since the vaccine distribution, Smith has started to see business pick up.

“A lot of the [customers] have returned,” said Smith.

The three other participating barbershops in the vaccine advocacy program in Queens are Goodlook Barbershop in Cambria Heights and Movie Star CUTZ and Global Cutz Barbershop, which are both in Laurelton.

Last week, Gov. Cuomo accredited the rise of vaccination rates for the easing of Covid-19 restrictions, which will allow barber shops like Smith’s to open to 75 percent capacity.

“Thanks to the hard work of New Yorkers and our partners in government, we are now able to increase capacity limits for businesses, event venues and residences to reflect what we’re seeing in the Covid data,” said Cuomo.