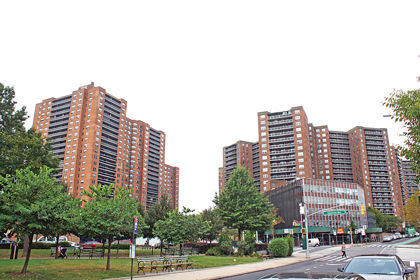 Blackstone Group will pay roughly $1.1 million in refunds to rent-stabilized tenants at Parker Towers in Forest Hills but a lawsuit over illegal rent increases at the location will still move forward. 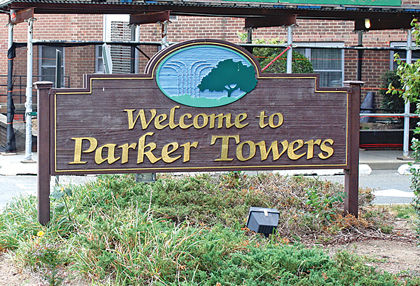 Blackstone Group will pay roughly $1.1 million in refunds to rent-stabilized tenants at Parker Towers in Forest Hills but a lawsuit over illegal rent increases at the location will still move forward.

Rent-stabilized tenants at Parker Towers in Forest Hills will receive roughly $1.1 million in refunds from the Blackstone Group. But the residents are still not dropping the lawsuit they filed over what they say were illegal rent increases.

The suit started in March 2018 against the Jack Parker Corp., claiming the company illegally deregulated apartments despite receiving tax breaks under the J-51 program, which requires landlords to keep their apartments rent-stabilized.

The corporation sold the towers to Blackstone in November for $500 million. Blackstone was later named as a defendant.

Lucas Ferrara, of the Newman Ferrara law firm, is representing the tenants and said the lawsuit is in its initial stages and that there will be an analysis of the landlord’s rental practices to determine whether the refunds given are consistent with the law.

“We are of the view that the recently announced rent refunds and rebates are just the tip of the iceberg,” Ferrara said in an email. “As we peel away the layers, and examine the owner’s books and records, we’re certain we’ll find that additional tenants were bamboozled and/or that even more units will be restored to stabilization, and that even greater refunds will be warranted.”

Real estate publication The Real Deal reported Blackstone has been reviewing leases at the property with an independent auditing firm to figure out which rent-stabilized apartments have not been treated as rent-stabilized and what the correct rents and refunds should be.

The firm determined that about 110 units should receive rent and/or utility reductions and about 82 units should be re-regulated. The average rent reduction per unit is approximately $230 per month and the refunds total about $1.1 million.

“We acquired Parker Towers in November and have been working diligently to resolve the litigation that ties to actions taken by the prior owner,” Blackstone spokeswoman Jennifer Friedman said in an email. “We are pleased that we were able to voluntarily address this issue quickly and fairly for our residents. We will continue to review the prior owners’ lease files with the expectation of resolving any remaining issues expeditiously. We remain committed to providing high quality, professional service to the residents of Parker Towers, and to being good stewards to the surrounding community.”

But Ferrara said he believes Blackstone used the wrong formula to calculate the numbers. He added the landlord hasn’t given him a chance yet to verify the numbers.

He added, “While Blackstone is quick to express that they are acting ‘quickly and fairly,’ that couldn’t be further from the truth.”

Friedman said, “We are completing our audit of the remaining units, while working to expeditiously resolve the litigation we inherited.”

She also said that Blackstone has brought in the company’s property operation platform to handle some tenant outreach and customer service topics.

There have been several issues at Parker Towers in recent years, including a small outbreak of Legionnaires’ disease that killed one resident and sickened another in 2017.