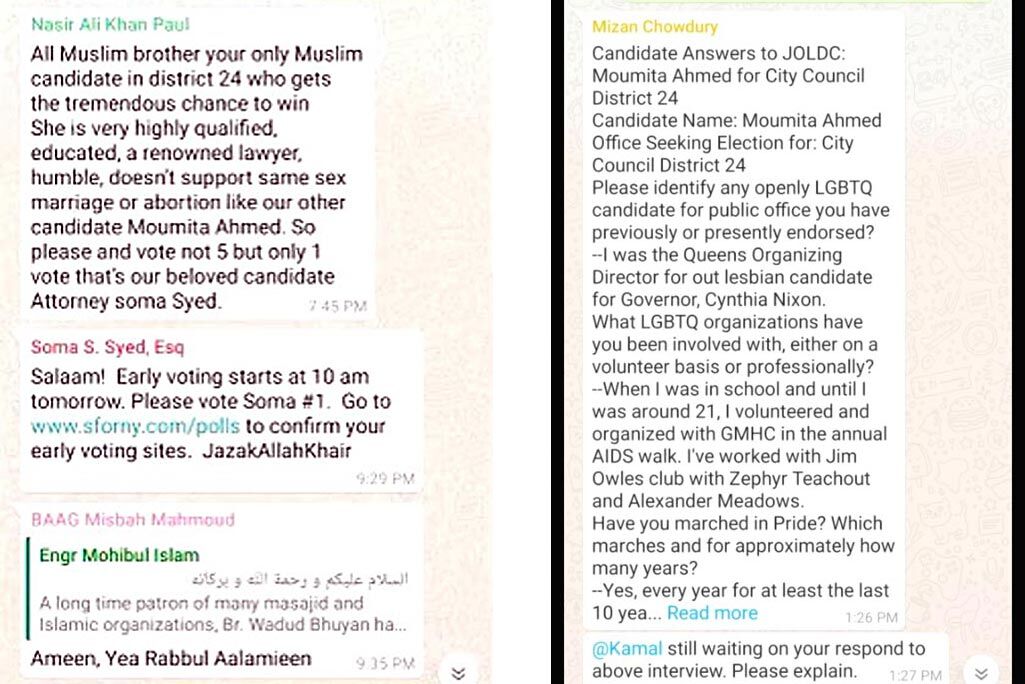 Soma Syed and her husband, Mizan Chowdhury, sent messages on a public forum that ingratiated her to opponents of LGBTQ rights. 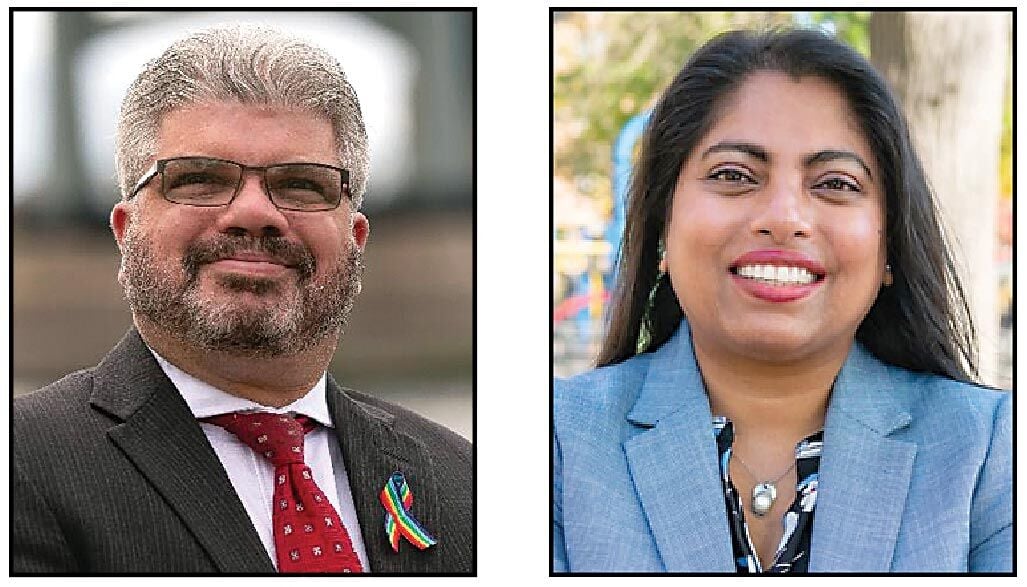 Michael Goldman, left, and Soma Syed are running for a judgeship on the Queens Civil Court.

Soma Syed and her husband, Mizan Chowdhury, sent messages on a public forum that ingratiated her to opponents of LGBTQ rights.

Michael Goldman, left, and Soma Syed are running for a judgeship on the Queens Civil Court.

Two years ago marked the first time in many years that a Queens Civil Court judgeship was won by a candidate who was not endorsed by the County Democratic Party.

Following in the mold of Lumarie Maldonado Cruz’s insurgent victory in 2019, another race for the Civil Court bench will see a primary in the coming months, this time between a candidate posed to be the first openly gay Civil Court judge and a candidate who recently lost the battle for Council District 24’s special election.

Michael Goldman, who would make a milestone as an LGBTQ judge on the court, received the endorsement of the Queens County Democratic Party in February as well as approval from the LGBTQ Bar Association.

His challenger, Soma Syed, is a Bangladeshi lawyer, who jumped in the judgeship race after coming behind now-Councilman Jim Gennaro and Moumita Ahmed in first-ranked votes.

Her challenge to Goldman and his bid to be the first gay judge on the bench have raised questions about her views on same-sex marriage. Screenshots obtained by the Chronicle during Syed’s campaign show her courting the vote of opponents of same-sex marriage and LGBTQ advocacy.

Messages Syed and her husband sent to a Whatsapp group for the Jamaica Muslim Center in the lead-up to the CD 24 special election cast a shadow on her challenge to a would-be milestone for the LGBTQ community.

In the Whatsapp thread, after one of Syed’s supporters encouraged residents to vote for her based on the fact that she didn’t support same-sex marriage, Syed chimed in shortly after, asking voters to rank her first on the ballot, without addressing or disavowing what that supporter claimed.

On that same thread her husband, Mizan Chowdhury, pointed out her opponent Moumita Ahmed’s record of pro-LGBTQ activism as an attack on her record in response to one of Ahmed’s supporters. He posted a leaked candidate questionnaire where Ahmed listed her record of supporting LGBTQ candidates for public office.

Asked directly by the Chronicle whether she supports same-sex marriage, Syed did not answer with a yes or no, instead responding, “I believe in equality for all. I have been a champion for all communities, my entire life, and that has been the basis of my law practice, my pro bono work, and my volunteer work. As someone who comes from... a marginalized community — as a Muslim woman in America — I understand how important it is to respect, uphold and provide everyone justice, regardless of their preference, nationality, race, sexual orientation and religion.”

Syed’s spokesperson, Angel Luis Audiffred, claimed that Syed has been supportive of the LGBTQ community before downplaying the representative significance of the race.

Goldman has worked in the court system for nearly 20 years, serving as a court attorney and as a principal law clerk for a judge in Queens Civil and Supreme Court.

Asked if he was aware of his challengers’ previous campaign tactics, Goldman said that he was not ethically permitted to comment on that as a judicial candidate.

He did tell the Chronicle that it means a great deal to him to be the first gay candidate for Civil Court in Queens. At his first job after law school at a small firm in Miami, several months into the job, one of his supervisors asked him if he was gay. Two weeks later he was fired.

“At the time I was completely devastated by it and I wondered if I was ever going to have a successful career in law. If I was going to have to hide that part of myself. To be able to be here today running for judge as an out gay man is something that I couldn’t imagine,” Goldman said.

This article originally misstated a word in Goldman’s quote. He is running as an out gay “man” not “judge.”