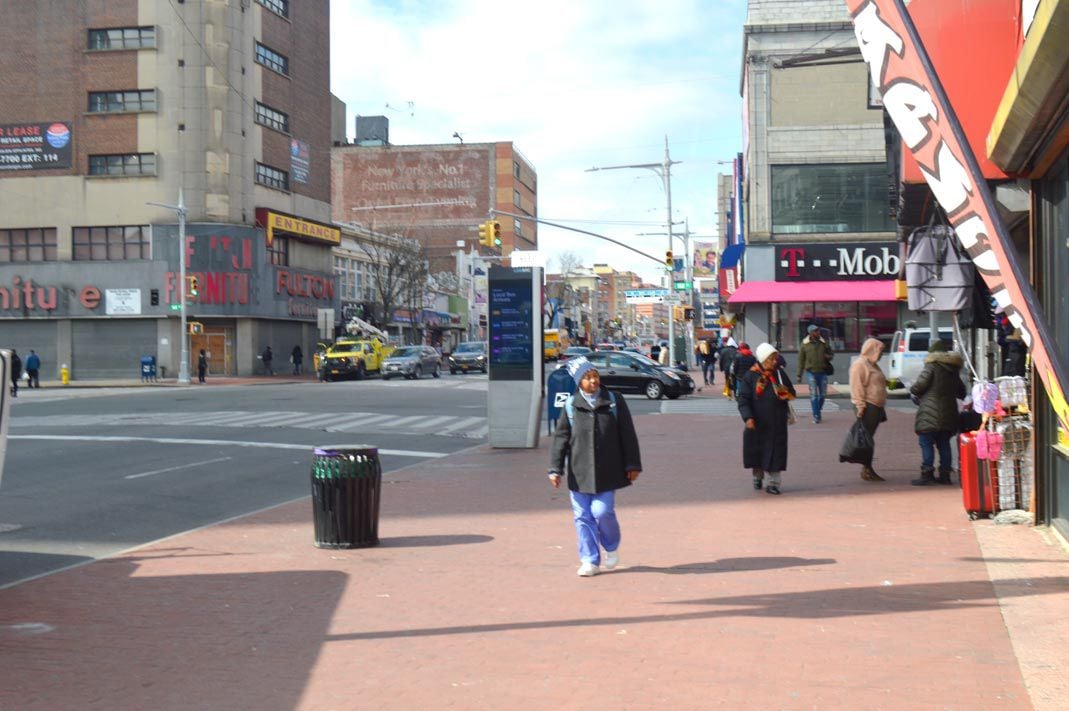 Jamaica Avenue was missing its traditional weekday bustle on Monday after the city and state stepped up their alert levels for dealing with the coronavirus. 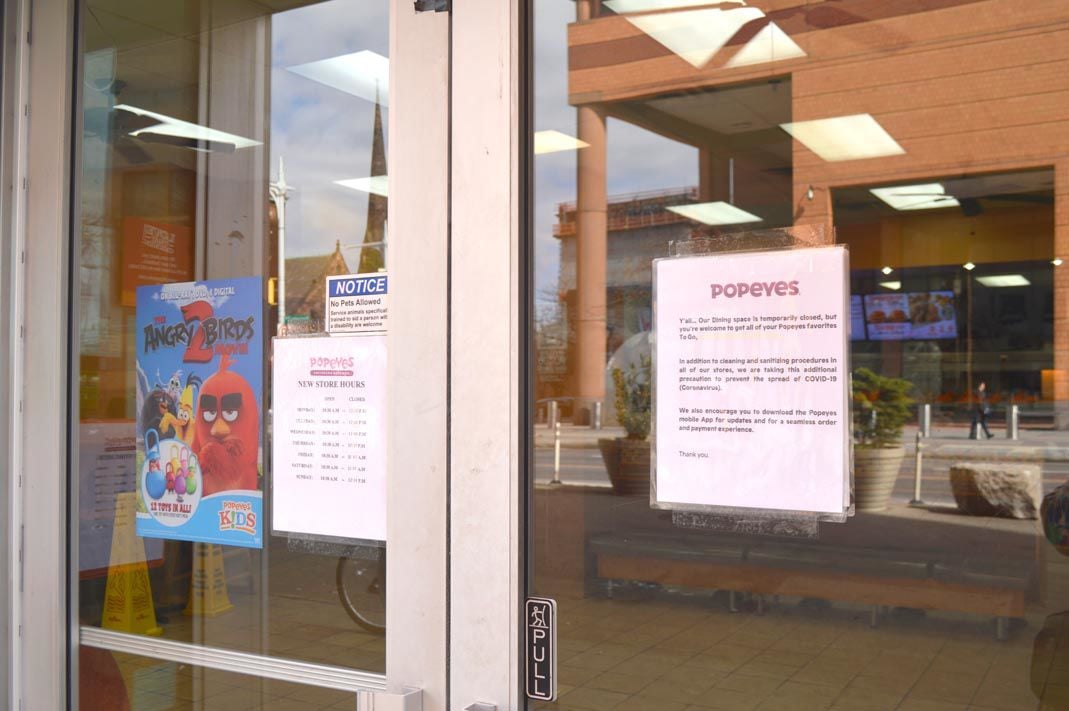 Popeyes in Jamaica, like other restaurants, is accommodating its customers with takeout and delivery service during the state of emergency.

Jamaica Avenue was missing its traditional weekday bustle on Monday after the city and state stepped up their alert levels for dealing with the coronavirus.

Popeyes in Jamaica, like other restaurants, is accommodating its customers with takeout and delivery service during the state of emergency.

An unscientific check of national chain restaurants, coffee shops, bodegas and lunch counters along Jamaica Avenue on Monday morning showed almost nothing unusual — not even signs on the doors — until one got right into the heart of Downtown Jamaica.

And unless one noticed the sometimes-eerie-looking absence of the pedestrians, street vendors and much of the vehicle traffic that were far below regular levels for post-rush hour.

Even someone who had not heard of coronavirus would have known something was wrong on Monday if they spent any time at all on Jamaica Avenue.

The usually bustling foot traffic was reduced to a trickle between Springfield and Francis Lewis boulevards in Queens Village.

The southern side of Jamaica just west of Francis Lewis has a good deal of industrial space, and pedestrian foot traffic can be uneven until one moves west into the 170s and 160s. But there were still some signs.

A day care center posted a sign telling parents that it would be closed to all afterschool visitors, and another near 193rd Street had blocked off its outdoor playground. The sign on the former asked parents to sanitize their hands before entering.

Even when foot traffic picked up between 179th and 170th streets, it still was not that which could usually be expected on a sunny day in a booming and growing business and retail corridor.

Walking into the 160s, pedestrian traffic picked up, but not as would be expected. Even the street vendors appeared fewer and farther between.

East of the 170s nothing seemed out of place at restaurants, coffee shops and delis. Nothing was amiss at a Dunkin’ Donuts in Hollis just east of 205th Street that by Tuesday eliminated public seating.

Then came the signs. A nail salon near 169th Street posted one on its door asking clients to wash their hands as they arrived.

A Chipotle restaurant had a sign on its door saying it was reducing setting capacity by 50 percent; a Popeyes restaurant on Parsons Boulevard already had eliminated seating in its dining area. Both notes encouraged customers to use their apps for delivery services.

Not even national clothing store chains were taking undue risks. A flier on Burlington Coat Factory’s door asked customers to stay home if not feeling well, and to cover their coughs and sneezes and to wash their hands often. The Gap and H&M posted temporary schedules of shorter hours.

About the only place where traffic seemed to be normal was on the line outside the Social Security office located in the Joseph P. Addabbo Federal Building at the corner of Jamaica and Parsons.

A brief stroll led from there to the Long Island Rail Road’s Jamaica Station, where the LIRR platforms resembled veritable ghost towns between 11 and 11:30 a.m.

Activity on the station’s AirTrain concourse appeared to be about normal for midday. But while the NY Deli, Tim Horton’s and the Air Bar were all open, the customary seating area was open floor, with chairs and tables stacked in a corner.

The E train ride from Jamaica Station to 71st/Continental Avenue in Forest Hills appeared to have far fewer riders than usual, with people taking care to observe “social distancing,” even in some cases, if it meant standing.

Coming up to street level just before noon, the Queens Boulevard, Austin Street and 71st Avenue business corridors were populated by far fewer pedestrians than normally expected at the start of lunch hour. Unlike in Jamaica, even the smallest bar or restaurant had a sign noting restricted hours, decreased capacity or temporary closure.

Nearby, a Dunkin’ Donuts on Yellowstone Boulevard already had eliminated seating, as did just about every other eatery checked by the Chronicle Tuesday.

The Tuesday and Wednesday morning rush hour on the F train from 169th Street would be somewhat more occupied than it had been on Friday, March 13, but still not what an informal observer would say was up to the line’s normal weekday morning traffic.