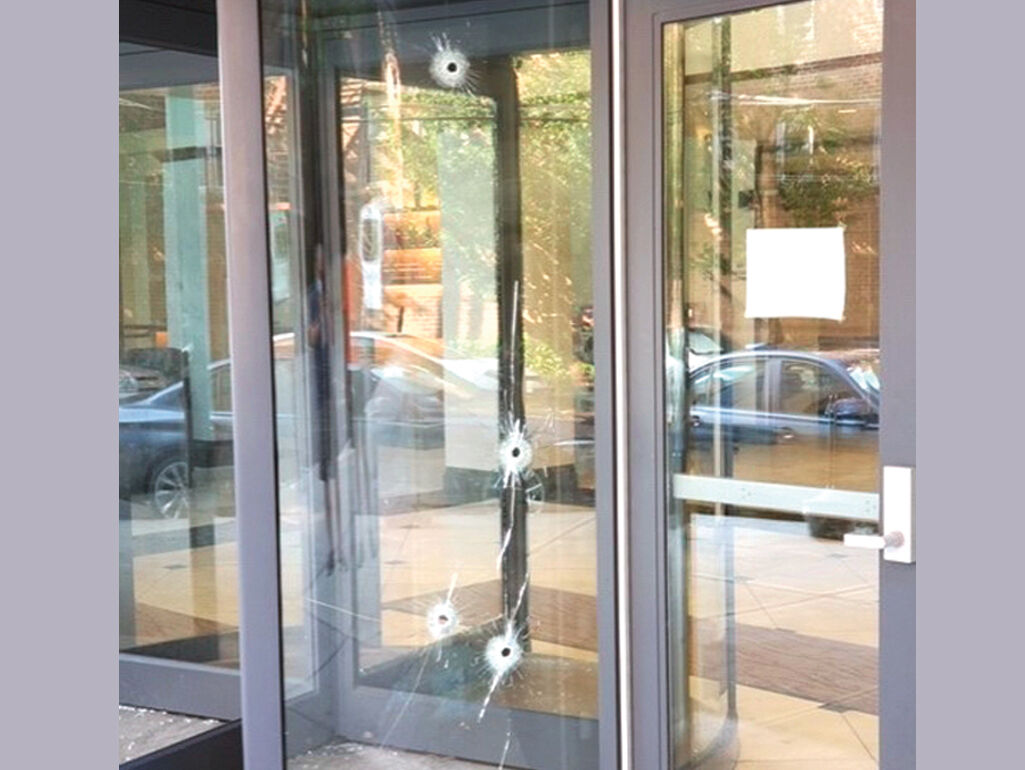 It took a fatal shooting shortly less than two hours into 2021 to get the long troublesome Umbrella Hotel on Queens Boulevard to shut down. 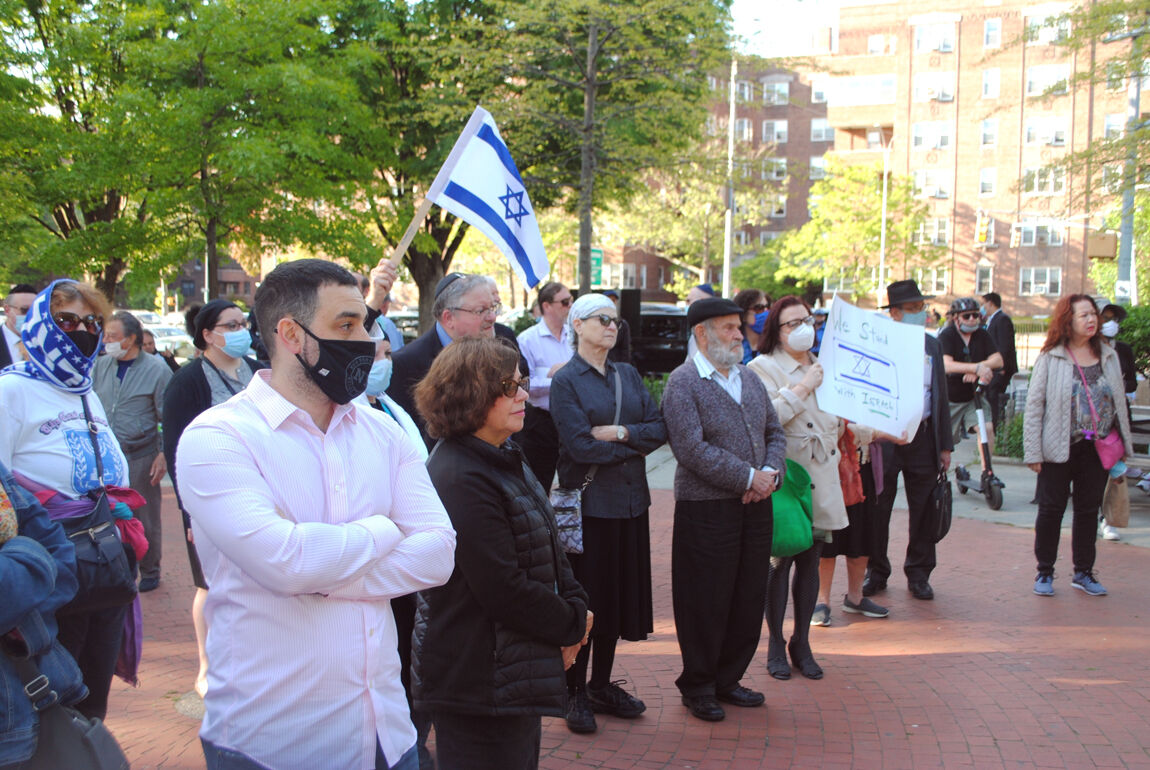 Residents rallied in defense of Israel at MacDonald Park during heightened tensions in the Middle East. 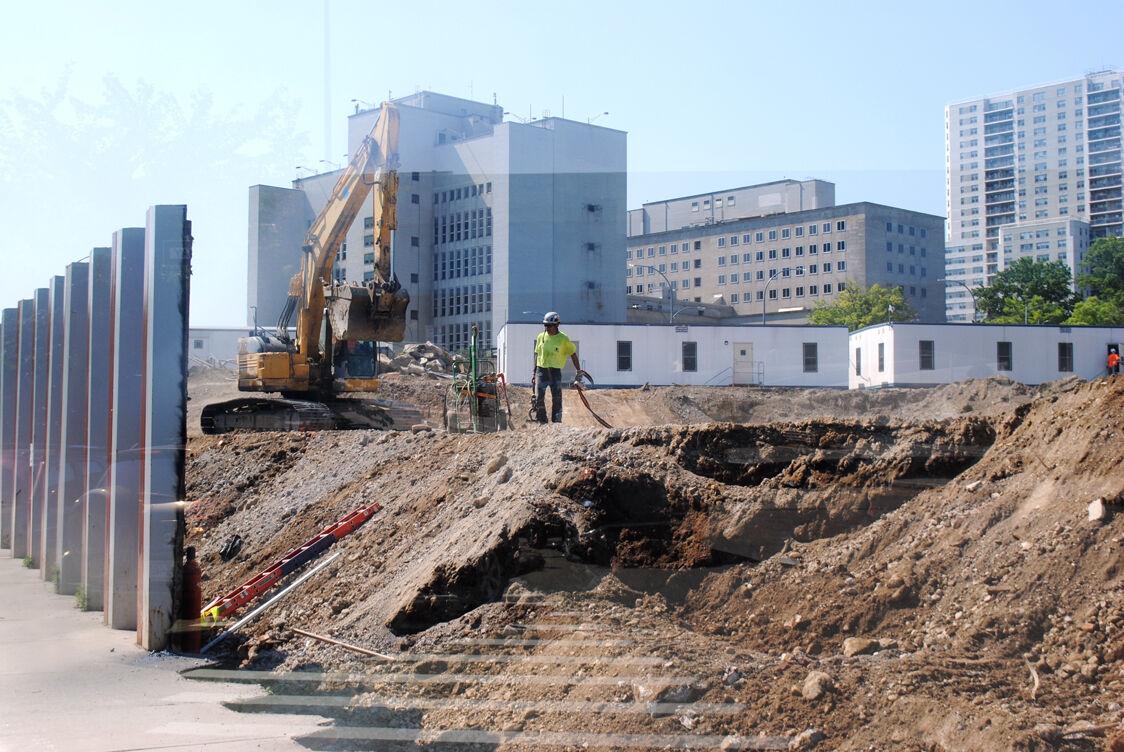 The first digging and foundation work for one of four new city jails — this one near the courthouse in Kew Gardens — got underway. 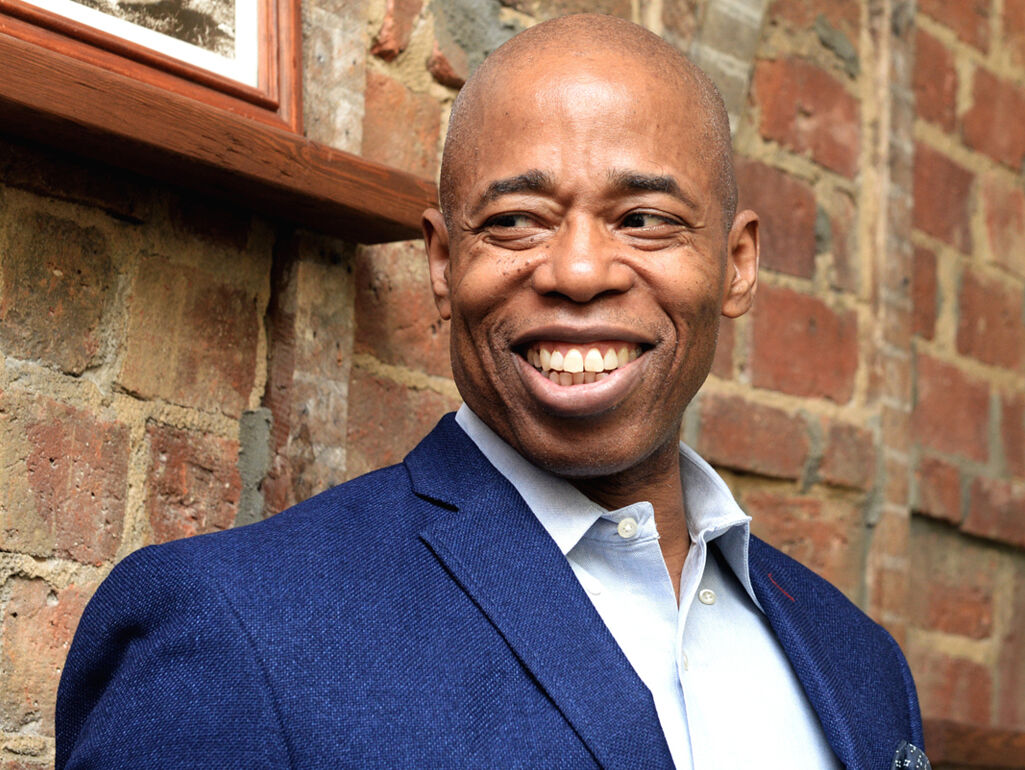 Eric Adams’ campaign got off to a good start.

It took a fatal shooting shortly less than two hours into 2021 to get the long troublesome Umbrella Hotel on Queens Boulevard to shut down.

Residents rallied in defense of Israel at MacDonald Park during heightened tensions in the Middle East.

The first digging and foundation work for one of four new city jails — this one near the courthouse in Kew Gardens — got underway.

Eric Adams’ campaign got off to a good start.

But it also had the city’s first homicide of 2021. And Covid still cast a shadow over all.

Less than 90 minutes into the new year, the Umbrella Hotel in Kew Gardens was the site of a triple shooting that left one dead. Robert Williams was killed the day before his 21st birthday after an argument between two groups broke out.

In response, Mayor de Blasio ordered the city to shut down the hotel, which had been a source of concern for area residents and elected officials throughout 2020. Some criticized the mayor, noting that they had asked the city to close the troubled site months earlier.

By the middle of the month, management closed the doors of the hotel.

“For so many Kew Gardens residents the fear of being the next shooting or assault victim can now be put to rest,” said community leader Ethan Felder.

A riot at the United States Capitol carried out by a mob of President Trump’s supporters led to the evacuation and lockdown of the Capitol and five deaths.

“I just texted [my family] that I love them,” Rep. Grace Meng (D-Flushing) told CNN. Meng said she heard rioters running through the halls shouting “U.S.A!” as she pushed as much furniture as possible against the door, turned off all the lights and hunkered down for nearly six hours after which she was removed by security.

Community Board 6 voted 26-12 in favor of a seven-story mixed-use building at 68-19 Woodhaven Blvd. in Rego Park. The original proposal called for eight stories.

President Biden was sworn in, becoming the 46th president of the United States. “We must end this uncivil war,” he said.

Councilman Jimmy Van Bramer (D-Sunnyside) announced he would run in the Democratic primary for borough president. Van Bramer, who would be term-limited out of office at the end of the year, had dropped out of the special election for the race in 2020 to focus on his mother’s health.

Queens Community House announced it had purchased the Forest Hills Community Center at 108-25 62 Drive. A grand reopening for the site, which features a senior center, afterschool program, English for Speakers of Other Languages classes, youth leadership programming, a day program for frail and memory-impaired older adults and an evening teen center, is scheduled for 2022.

Citi Field opened as a Covid vaccination megasite on Feb. 10 after initially being postponed due to a lack of supply.

Councilman Jim Gennaro was sworn in after he won a nonpartisan special election in District 24. Gennaro had held the seat from 2002 to 2013 before being term-limited out of office.

A swastika was spray-painted at Rego Park Jewish Center. Days later, Queens officials vowed to crack down on a ‘plague of prejudice’ that had been seen around the borough, including attacks on Asian Americans.

Work began on an 11-story mixed-use building with 166 units at Yellowstone and Queens boulevards in Forest Hills. The former Key Food supermarket at the site was torn down in 2018.

Meisha Porter, a long-term employee of the Education Department, became the first Black female schools chancellor following the resignation of Richard Carranza. The outgoing chancellor said he stepped down to deal with personal trauma inflicted by the pandemic.

Renderings for the new Rego Park Library were unveiled. The $30 million project will have a basement, first floor and second floor. Located at 91-41 63 Drive, the building is expected to be completed in 2025.

Borough Hall was the site of two rallies following a string of assaults on Asian Americans in the borough, including a Lyft driver being attacked on the Van Wyck Expressway.

“No Taxi and Limousine Commission driver should have to live in fear that the next person who enters their car might attack them,” Assemblyman David Weprin (D-Fresh Meadows) said.

Blue-and-black Revel scooters began popping up in droves in Forest Hills. The Brooklyn-based company said it was the expansion of a pilot program to assist people seeking alternative means of transportation during the pandemic.

New York State legalized the use of marijuana for those 21 and older.

Alan Kaufman, the former CEO of the Melrose Credit Union in Briarwood was convicted on federal bribery charges following a two week trial.

Fans returned to Citi Field on April 8 for the first time since 2019. With capacity limited to 20 percent, more than 8,000 fans turned out to see the Mets defeat the Miami Marlins 3-2.

The family of the late Borough President Claire Schulman joined elected officials in Kew Gardens on April 26 to dedicate Borough Hall with the honorary address of 1 Claire Schulman Way. Schulman in 1986 became the first woman to serve as Queens borough president, an office she held until 2002. She was 94 when she passed away last August following a bout with cancer.

The state Legislature on April 28 voted to overturn or lessen several of Cuomo’s restrictions on small businesses such as retail and restaurants.

Forest Park on May 1 hosted a seven-hour tribute to the more than 3,000 Queens residents lost in the Covid-19 pandemic. The most somber portion was a display of more than 400 portraits of people lost that were set on the seats at the park’s bandshell.

Three people were arrested for attacking Leo Cai, 15, at Real Good Playground in Rego Park on April 1 while hurling anti-Asian slurs at the boy.

Less than a week later, Leo and his family were back in the park as state Sen. Toby Ann Stavisky (D-Flushing) announced the introduction of a Senate bill that would require training or counseling for anyone convicted of a hate crime.

Mayor de Blasio announced on May 13 that the final stage of the city’s bike lane project for Queens Boulevard would begin in July and be completed by November, pending final state and federal approvals. The announcement came more than two years after the originally scheduled completion date.

Later that day, the more that 100 people gathered in MacDonald Park in Forest Hills to express their support for Israel on the fourth day of increasing rocket attacks on the Jewish state and retaliatory artillery fire and air strikes.

Lenin Fierro of Forest Hills was 42 when he died from Covid-19 in March 2020. The city’s Department of Citywide Administrative Services, where he had worked since 2014 on fleet and traffic safety, and Together for Safer Roads presented their first annual Lenin Fierro Vision Zero Fleet Advocacy Award to Nigel Reid, director of transportation for City Harvest, which collects and distributes food to food pantries and soup kitchens.

In a two-page letter to de Blasio on June 15, Gennaro and Comrie called plans for a homeless shelter for 175 men at 138-50 Queens Blvd. in Briarwood “entirely inappropriate.”

They also said the plan is “borne out of a total disregard for the wellbeing of a community that has thrived for generations in favor of a punitive notion that stable neighborhoods must, for the sake of ‘fairness,’ pay the price for the homelessness epidemic that your Administration has helped to create.” It is scheduled to open in 2022.

Lost Battalion Hall in Rego Park was among 13 city recreation centers permitted to reopen, albeit with restrictions. They were reopened at the time only to those who were members before the pandemic. Masks, social distancing and other safety guidelines remained in order.

In City Council primaries, now-incumbent Democrat Gennaro and Republican Timothy Rosen won their races to square off in the 24th District’s general election. In the race to succeed term-limited Koslowitz in the 29th District in November, Democrat Lynn Schulman won a seven-candidate contest. Republican Michael Conigliaro would await her in November.

Thirty members of the Forest Hills Chamber of Commerce met at Bearburger restaurant on Austin Street on June 30 in an attempt to stop or reduce the construction of new bile lanes, which they fear will cost them parking and businesses.

Major construction work began on the first phase of the plan to replace Rikers Island with four community jails by 2027. The first ground to be broken was that for a parking garage and storage building in Kew Gardens that will be part of a new Queens Detention Center. If continued by the new mayor and Council, it will replace the existing jail adjacent to the Queens Criminal Courthouse.