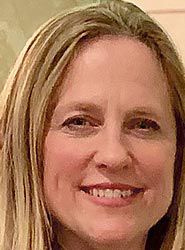 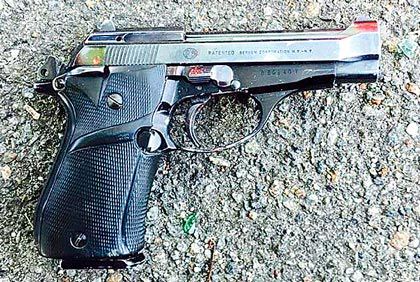 Red Flag laws allow the seizure of guns from individuals deemed a threat.

Red Flag laws allow the seizure of guns from individuals deemed a threat.

Ominous threats made against co-workers. A history of domestic violence. Eerie social media posts with individuals showing off their guns and ammunition. Nasty tirades against certain ethnic groups by someone with escalating mental health issues.

There are often many warning signs before gun violence, whether it’s a mass shooting or an intimate partner murder. And while we need to aggressively prosecute gun traffickers and get illegal guns off our streets, we have a new tool to get guns out of the hands of those who would do violence. And it can’t come too soon.

In 2019, Queens’ shootings are up 8.6 percent with 6 percent more shooting victims over 2018 year-to-date through early October, according to NYPD figures. Disturbing reports show homicides have spiked this year in northern and southeastern Queens.

This is intolerable. As Queens district attorney, I will use the state’s newest gun law to help prevent the continuing bloodshed.

New York State recently joined the ranks of states with so-called red flag laws or Extreme Risk Protection Orders. The law wisely allows family members, members of law enforcement including district attorneys and school officials to seek a court petition to temporarily seize the firearms of individuals deemed a threat to themselves or others.

Unfortunately, just 17 states and the District of Columbia have enacted such laws to date — even though the National Rifle Association duplicitously refuses to endorse red flag laws while stating, “those who have been adjudicated as a danger to themselves or others should not have access to firearms and should be admitted for treatment.”

Red flag laws/Extreme Risk Protection Orders are just plain common sense — particularly as the death tolls continue to mount from shooting rampages. In September, just weeks after the new law took effect, an upstate man became the first in the state to have his guns confiscated after he was arrested for shooting a pistol at a parked car and telling authorities he planned to harm himself.

I will act quickly to establish ongoing training sessions on how to use the law, led by my office with law enforcement, school officials, domestic violence advocates and community groups. Judges are only permitted to rule to take an individual’s guns after being presented with compelling evidence.

We all have a duty to act if we think someone may be planning a shooting. The lives of our families, friends and neighbors are potentially at risk.

As leaders, we must encourage family members, school officials and law-enforcement authorities to recognize the warning signs of a potential tragedy. We need to then help them bring their concerns about a troubled individual and proper evidence — such as threats of violence or social media posts of concern — to the attention of our courts.

This is a vital tool to intercept would-be mass shooters before yet another tragedy occurs. It would be another tragedy not to have used that tool if warning signs were blinking bright red well before someone started shooting.

As a lifelong resident of Queens, much of it spent in public service, I have seen too often the devastation that shooting deaths cause families and neighborhoods. As the mother of two young sons, I am focused on the safety of all Queens’ children and young adults.

Using the state’s new red flag law most effectively is another way to help save those lives.

Melinda Katz is Queens Borough President and District Attorney-elect. She authored this piece before winning the race for district attorney on Nov. 5.

Red flag laws were created to dilute power licensed to the psychiatric community and transfer it to unqualified persons more obedient to democrats, e.g., local judges and crotchety old aunts. Due process requires reports from two psychiatrists, one from each side, legal representation, arraignment, indictment and trial by jury.

Nobody wants criminals to have firearms but to be taken seriously, if the accused is a danger to himself or others, he should be legally arrested. In other words, take the man but leave the guns. The line of inheritance codified in state laws determines the legal custodian of any property. Politicians on both sides who support this notion will regret the day they ever heard of red flag laws.

Their legacies will carry a Supreme Court scolding and perhaps be the landmark of their careers. Writers, politicians and demonstrators have been hoodwinked by Bloomberg's rhetoric and haven’t read his 2018 data. It reveals gun homicides declined seven percent, firearm injuries declined 10 percent, fatal child shootings (under 18) declined 12 percent and unintentional shootings plummeted 21 percent.

None of this hysteria is justified. Since 1991, the murder rate has fallen by 45 percent and the overall violent crime rate has fallen by 48 percent. It's bizarre that Bloomberg wants to change all that. Since 1999, the statistical probability of a student being killed in school, on any given day by a gun has been one in 614 million. Your odds of winning the lottery are 1 in 300 million. The chances of your child being kidnapped are about one in 300,000. Bloomberg says the nation is in crisis, suffering an epidemic. Folks, there is no crisis, no epidemic.

Shooting incidents involving students have been declining since the '90s. Fact is all but three mass shooters in recent history passed background checks. Two stole their rifles. The other one bought from a guy who assembled it from parts and sold it from home. Murders committed by all types of rifles combined, in 2018, dropped by 23.9 percent. According to the FBI, out of 14,123 homicides in 2018, only 297 (2.1%) were committed by rifles.

During that time, citizens were buying a record number of firearms. In 2018, more than 26 million firearms were purchased, a number exceeded only by 27.5 million in 2016 when purchasers were mortified that Hillary might be elected. Democrats want US citizens to believe making the U.S. safer for criminals will make it safer for their victims. Ask yourself, do you believe being disarmed makes you safer? What kind of political leader would disarm his people while howling about the peril they face?

These laws have not considered all the possible areas they might harm. For example, what if a crotchety old aunt complained about a blustery nephew who also is a Federal Firearms Licensee and established dealer? What if the nephew is a licensee who operates a pawn shop? What if the nephew stores a neighbor's firearms because his safe is large enough? What about a nephew whose firearms are stored somewhere else? And so on.

The Supreme Court isn't about to jeopardize its own reputation by reducing the ability of private citizens to defend themselves. It's especially important because currently, half the nation's murders occur in only 63 counties while the other half are spread across the other 3,081 counties. Said another way, 15 percent had one murder and 54 percent of the nation’s counties had no murders at all.

Besides, they’re sick of our paralyzed congress creating ambiguous laws that ultimately land in the Supreme Court. They know it’s easy to blame the tools used for murder and to write acts that impede acquisition by peaceable, lawful citizens.

They know it’s far more difficult to focus on the more complex reality of why incomprehensible murderers do what they do. If something is to be done, perhaps it should be focused on the mental defectives, criminals, terrorists and illegal aliens.