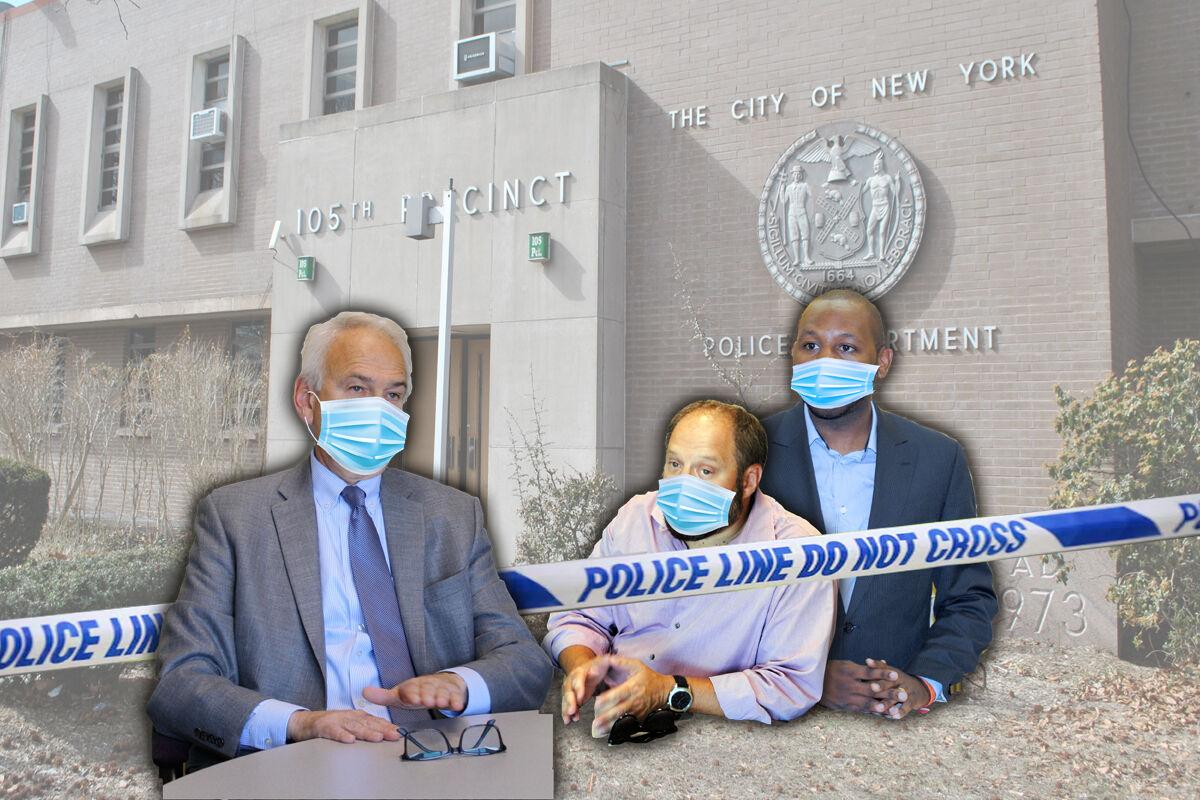 City Councilman Bob Holden, left, is introducing longshot legislation to repeal the city law criminalizing the use of chokeholds by police, which he says goes too far. Inside, he’s challenged by fellow Councilmen Rory Lancman, center, who wrote the law, and Donovan Richards, who is proposing an amendment but not repeal — all while the legislation faces litigation in state court. 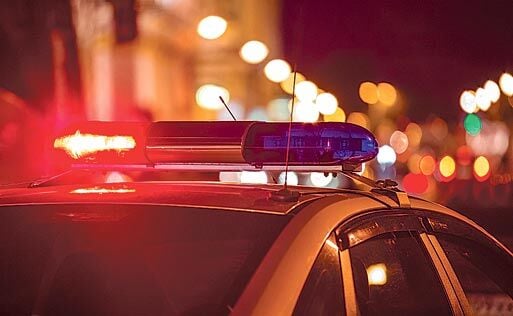 Councilman Bob Holden is calling on the city to repeal laws he says recklessly hamper the NYPD. But backers of the laws, spurred by the 2014 death of Eric Garner, say they were put into place out of necessity.

City Councilman Bob Holden, left, is introducing longshot legislation to repeal the city law criminalizing the use of chokeholds by police, which he says goes too far. Inside, he’s challenged by fellow Councilmen Rory Lancman, center, who wrote the law, and Donovan Richards, who is proposing an amendment but not repeal — all while the legislation faces litigation in state court.

Councilman Bob Holden is calling on the city to repeal laws he says recklessly hamper the NYPD. But backers of the laws, spurred by the 2014 death of Eric Garner, say they were put into place out of necessity.

A city law from back in July that issued a blanket ban on chokeholds and other maneuvers used by police to subdue persons being subjected to arrest already is being challenged in the courts by police unions.

But it soon will have a call for its full repeal in the City Council.

Councilman Bob Holden (D-Middle Village) is expected to do just that as early as next week by introducing a bill that would completely rescind the law.

“We ask so much of our police,” Holden said in an email to the Chronicle. “We ask them to go to work every day or night without knowing if they’re going to make it back home. Now, the City Council law asks them to try to subdue violent criminals with their hands tied, under fear of going to jail.

“And the Council has also defunded our NYPD, so we’re also asking them to keep us safe without the resources they need. We need to start asking how we can help our cops and how we can really solve the problems facing this city, instead of governing with protest slogans.”

Known in the vernacular as the “chokehold/diaphragm” law, the measure can open police officers to criminal prosecution for maneuvers that compress a suspect’s windpipe, the arteries in his or her neck or diaphragm.

While chokeholds have been banned by the NYPD since 1993, the impetus for the legislation was the 2014 death of Eric Garner at the hands of police during an arrest on Staten Island. Unlike the state law, a person need not suffer injury for an officer to be charged with a misdemeanor under it.

Holden has a steep legislative hill to climb. The city law, sponsored by Councilman Rory Lancman (D-Fresh Meadows), passed by a vote of 47-3 before Mayor de Blasio signed it into effect.

Lancman, in an email, was unimpressed with Holden’s proposal.

“The reason we introduced and passed our law is because the NYPD has been unable and unwilling to enforce its own prohibitions against dangerous police maneuvers that get people killed and seriously injured,” Lancman said.

Councilman Donovan Richards (D-Laurelton), chairman of the Committee on Public Safety and Democratic nominee for Queens borough president, also had no use for Holden’s push in an interview on Tuesday.

“That bill should be left gasping for air,” Richards said. “The reason the original bill was introduced was because police officers used these maneuvers on a regular basis — overwhelmingly on black and brown people — and people have died.”

Richards said he saw evidence, including Garner’s autopsy photos, during legal proceedings. Officer Daniel Pantaleo, who used the hold on Garner, was not indicted by a grand jury, but was terminated by the NYPD approximately five years later.

The lawsuit has been filed by 18 police unions, including the city’s Police Benevolent Association. PBA President Patrick Lynch backed Holden’s call for repeal in a statement from the union.

“We applaud Council Member Holden for having the courage to stand up for sanity and the safety of all New Yorkers,” Lynch wrote. “He knows that this law doesn’t allow police officers to do our job safely or effectively. He knows that a few tweaks won’t fix it. Once again, he is choosing common sense and his constituents, rather than political cover. That’s leadership.”

Holden said regardless of how the unions’ lawsuit resolves itself, the city law is reckless.

“There’s already a state law that is more reasonable and makes it a felony for a police officer to strangle a suspect,” Holden wrote.

Richards has filed an amendment to the existing city law which he said would be a safeguard in the event the unions win their suit. It would clarify its use to penalize officers for only reckless behavior on the part of law enforcement. Richards also is no fan of the state standard.

“Why should someone have to get hurt or killed first?” Richards asked.

Holden said the arrest of a violent suspect always presents a danger.

As Richards alluded to, the unions have argued that the city’s law is too vaguely written.

Love on Monday denied the unions’ request for a preliminary injunction that would have protected NYPD cops from being prosecuted under the new law while it is being challenged in court. Published reports also quote Love as ruling the city law is not in conflict with the less restrictive state law.

But Love also ruled that the plaintiffs have demonstrated “a likelihood of ultimate success on the merits” of their claims that the wording is too vague.

“The statute offers no guidance on how an officer is to determine whether his or her actions are causing a suspect’s diaphragm to be compressed, especially in light of the lack of injury requirement,” Love wrote in a portion of the ruling provided by the PBA. “[The city’s] response that same can be addressed in training lacks sufficient substance to be viewed as a compelling argument at this juncture.”

Hank Sheinkopf, spokesman for the union coalition, called the case a battle for the rights of public sector employees.

“[Monday’s] ruling is a clear sign that the City Council’s unconstitutionally vague law should be struck down on the merits,” he said in an emailed statement.