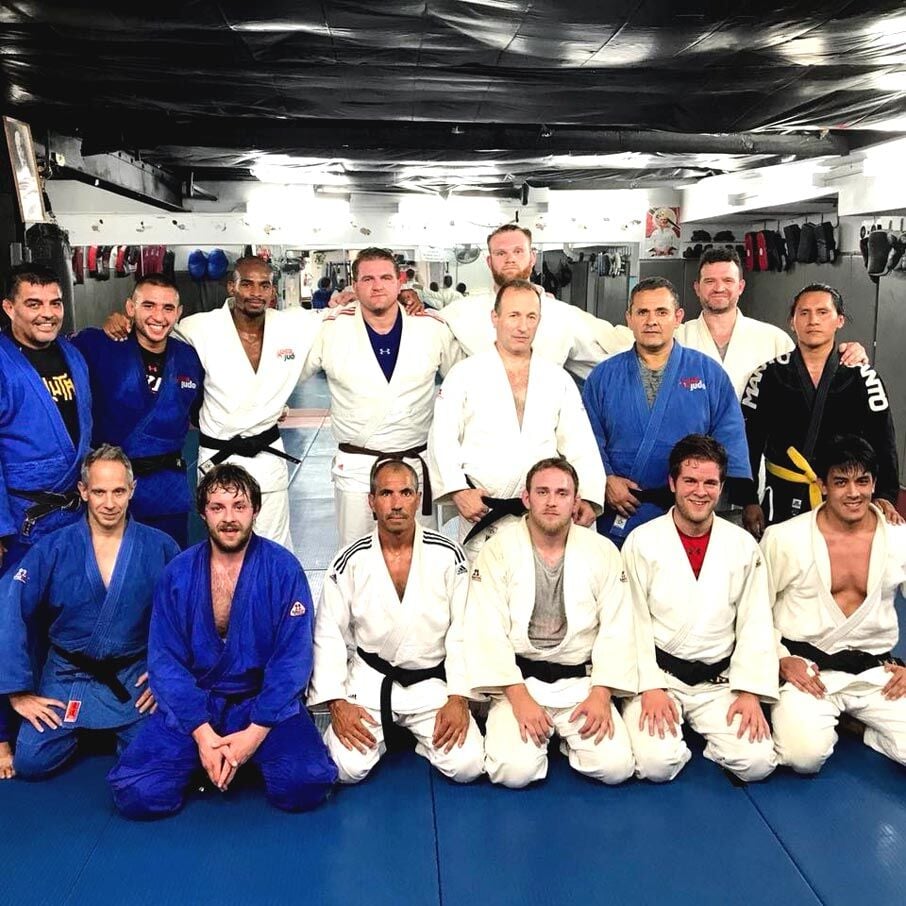 A judo class at the International Training Center of New York — “more than just a fight gym” — with founder and head coach Greg Gutman at center right in the middle row, in white. 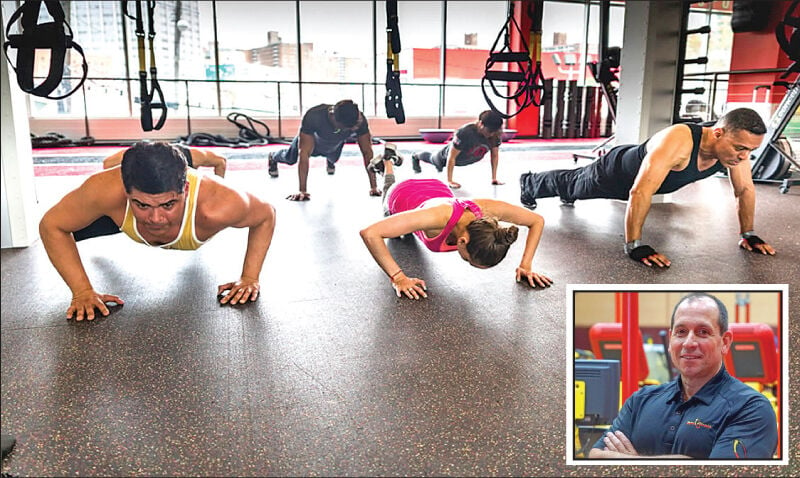 Pushups are part of a workout at Retro Fitness, owned by Andrew Alfano, inset, with several locations in Queens.

A judo class at the International Training Center of New York — “more than just a fight gym” — with founder and head coach Greg Gutman at center right in the middle row, in white.

Pushups are part of a workout at Retro Fitness, owned by Andrew Alfano, inset, with several locations in Queens.

While some establishments involved in the fitness industry were knocked out cold by the Covid-19 pandemic, others, in true survival-of-the-fittest form, have lived to see another round.

Among the Queens establishments that have emerged intact — some newly invigorated, in fact — are several venues that are part of a far-reaching health club chain, a bodybuilding mecca that had only recently reopened at its new location, and a family-owned and run training center.

Each, in its own way, made it through the seemingly endless dark days when gymnasiums were strictly off-limits, doing what had to be done as restrictions slowly eased and, just days ago, were lifted across the state.

Retro Fitness CEO Andrew Alfano noted in a telephone interview that the fitness industry was among the first to be shut down and among the last to be allowed to reopen.

Prior to the mandate to close, he sensed its imminent arrival.

With 120 franchises already open or in development, including 14 in the city and five in the borough, he knew something had to be done to save as many as possible.

One of his first moves was to set up a webinar, a web-based video conference, with the owners of the individual franchises, letting them know that “if the worst was to occur we were going to go through it together.”

He told them to stop spending money on marketing, that he would take care of that for them. And, perhaps most importantly, he said he waived all fees until the gyms could reopen.

“We kept our commitment,” he said.

For members, he said he put into effect a “no-stress, no-call freeze,” letting them know there was no need to worry about their memberships. Once the gyms would reopen, they could unfreeze their memberships with a simple telephone call.

Alfano is proud of his contributions to New York State’s guidelines for health and safety in gymnasiums. “I want to believe we were one of the influences” on the regulations put into effect by the state, he said.

In late August of last year, the state began to lift some restrictions and the gyms were given permission to partially reopen. “We worked in advance with the state and were not caught off-guard,” he said, unlike many businesses both in the fitness industry and elsewhere.

Over the past several months, restrictions were slowly eliminated further. “Once we reopened, we never had to close” again, he said.

Even during the closure, Alfano said, the company used technology “to stay engaged with our members,” even allowing nonmembers “to participate in our app for at-home fitness.”

Still, the pandemic did take its toll on the chain. With no financial relief from either the state or federal governments, private owners “took it on the chin,” Alfano said, adding that about a dozen franchises were lost in New York State alone.

But, he said, membership is now up 76 percent for the year to date compared to what it was in 2019, prior to the pandemic. In addition, he said, there has been an increase in interest on the part of investors looking to open new franchises.

“We look forward to getting people back on the fitness journey,” he said.

Coliseum Gym had been a mainstay in Middle Village for some 20 years before shutting its doors at that location and reopening in 2018 on Jamaica Avenue in Woodhaven, under a slightly altered name, Coliseum Gym 2.0, and with a new general manager, Shabeer Rizvi.

It didn’t take long for the newly reopened establishment to close, in March of 2020, courtesy of Covid-19. The gym remained completely shut down until the following September, but managed to stay afloat, according to Rizvi, through financial assistance from the Small Business Association. And, he said, “The landlord was kind enough to freeze the rent.”

Rizvi — whose Facebook page is filled with inspirational messages, like, “Work hard for you and your own goals. Progress will come,” and “Always be the hardest worker in the room” — made it clear in a recent telephone interview that “We had to hang in there no matter what,” admitting, “It was a tough time.”

Beginning last September, the gym began to open little by little, with limited capacity and limited hours. It is now open 24 hours a day, seven days a week.

According to Rizvi, things are now pretty much back to normal, with Coliseum’s 15,000 members returning in large numbers. In fact, the gym, which had long catered primarily to hard-core bodybuilders and weightlifters, is now welcoming “a whole new crowd,” Rizvi said.

The International Training Center of New York, a mixed martial arts academy located in Astoria, which offers classes in fitness, judo, Muay Thai and Brazilian Jiu-Jitsu, faced similar challenges, but was able to overcome them with support from what some might consider to be a remarkable source.

The center’s web page indicates that “it’s more than just a fight gym — it’s a community.” And it was that community — the center’s students — who came to its rescue in its time of need.

According to one of the instructors, Danny Gutman, son of founder and head coach Greg Gutman, “We relied on the loyalty of our students to the staff and school.” He explained in a recent telephone interview that “over 50 percent decided to not cut their memberships.”

A glance at the ITC’s Facebook page reveals a close relationship between the center and many of those students, with whom it remained in constant communication throughout the pandemic.

On March 11 of last year, the center put out the following message: “We want everyone to know we are taking precautions to keep everyone happy and healthy. We will continue to monitor the situation and do whatever we can to ensure people can still come and train while staying safe.”

The very next day, it announced, “In light of the recent outbreak, we have decided to prioritize the health and safety of our students and those around them. The academy will temporarily be closed beginning Friday, 3/13 until Monday, 3/16.”

Of course, the closure extended well beyond that.

Greg Gutman opened the center in 2000, with the goal in mind of getting adults in shape and instilling confidence and life skills in children. As its name implies, it has a diverse student body, with members hailing from all over the globe.

While the facility was closed, the center began offering socially distanced outdoor classes, while sticking to the guidelines set by the state, Danny Gutman said.

“We wanted to open as soon as possible,” he said, while acknowledging that “gyms are among the top ways to spread” viruses like Covid-19. “We were wary about opening up too quickly.”

Now that all restrictions have been lifted, he expects the academy to make a full comeback. And there is even a teaser on its Facebook page that suggests, “The Parkjitsu era might be over, but we will be back next year. Stay tuned.”