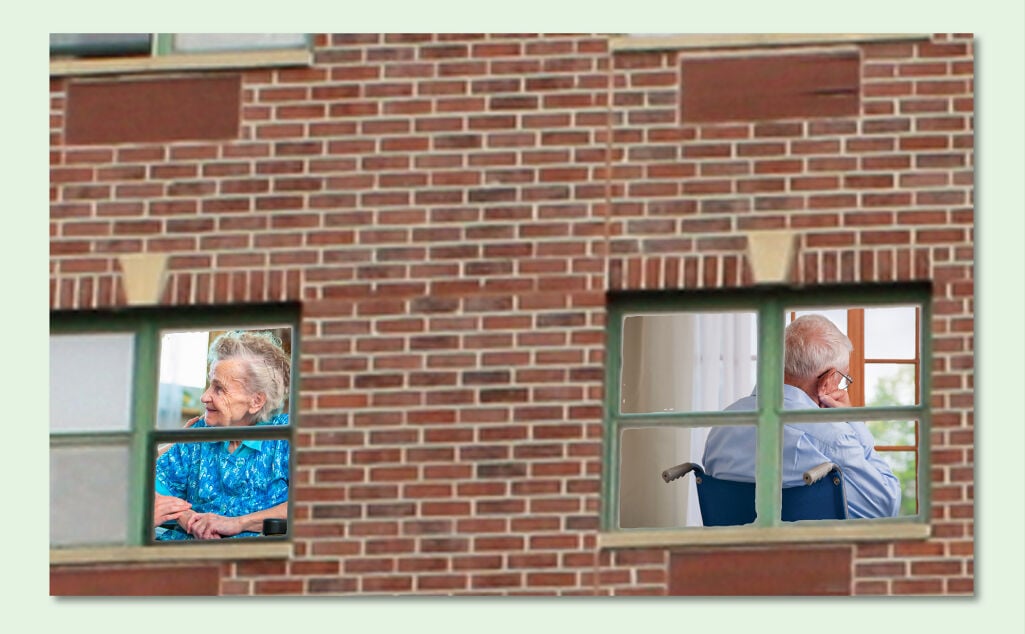 Facing a revealing report and mounting political pressure, Gov. Cuomo has admitted the state underreported the Covid-19 death toll in nursing homes but defended doing so because of the magnitude of the pandemic. 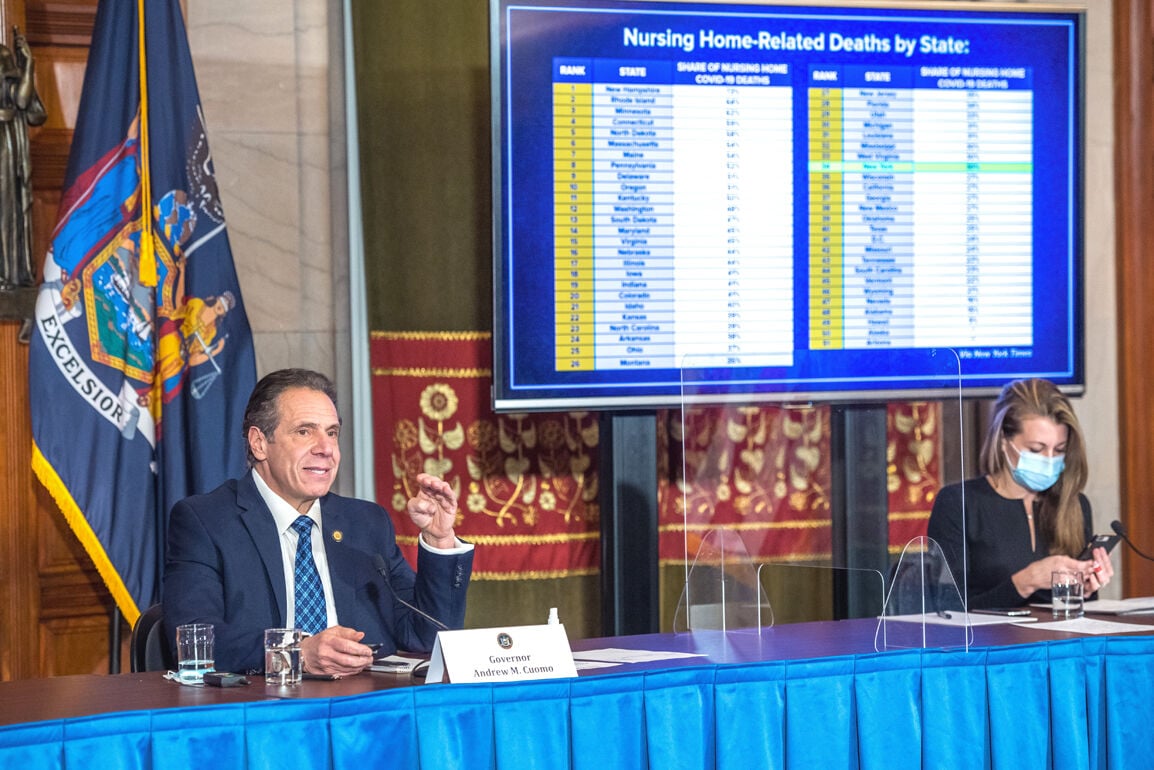 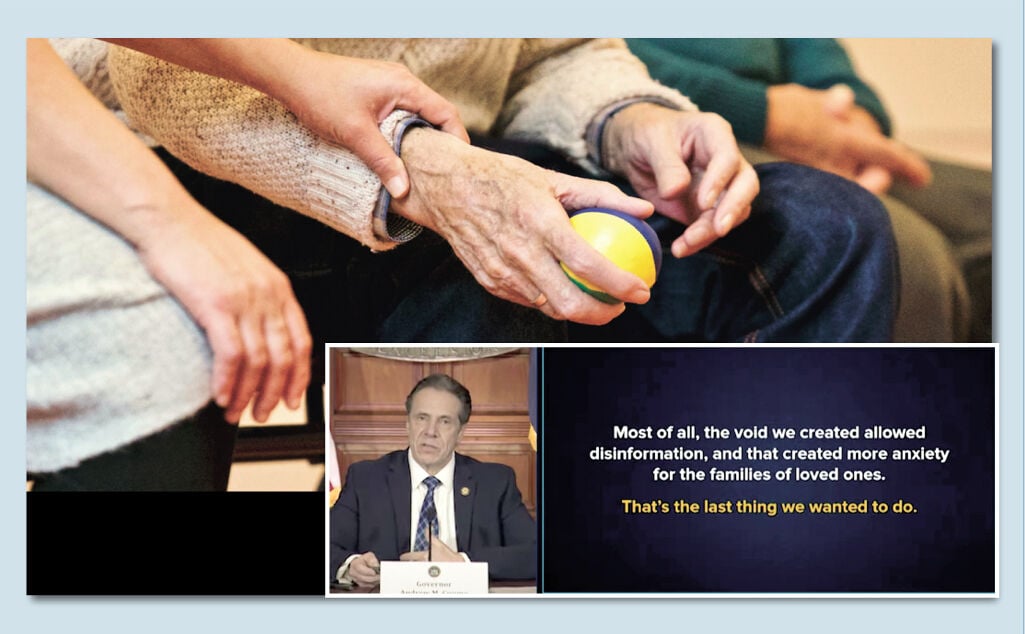 Addressing the allegations that the state was hiding a significant death toll by excluding nursing home deaths that occurred outside the care facilities, Gov. Cuomo said the state was reporting the numbers it had on hand. He added that he should have communicated the 50 percent higher rate, uncovered by the state Attorney General, more clearly.

Facing a revealing report and mounting political pressure, Gov. Cuomo has admitted the state underreported the Covid-19 death toll in nursing homes but defended doing so because of the magnitude of the pandemic.

Addressing the allegations that the state was hiding a significant death toll by excluding nursing home deaths that occurred outside the care facilities, Gov. Cuomo said the state was reporting the numbers it had on hand. He added that he should have communicated the 50 percent higher rate, uncovered by the state Attorney General, more clearly.

Gov. Cuomo admitted that the state had been underreporting nursing home deaths at the beginning of the pandemic, though he chalked it up to a delay in data collection.

“Everyone was busy,” he said at his Feb. 15 press briefing. “We’re in the midst of managing a pandemic. There was a delay in providing the press and the public all that additional information.”

A Jan. 28 report by state Attorney General Letitia James found that the Department of Health had been drastically underdisclosing virus-related deaths in nursing homes. According to the report, the state hadn’t been including the number of deaths that happened after residents were transferred to hospitals from the homes.

Following the release of the exposé, the DOH updated its data page to include a new section: “Covid confirmed out of facility deaths of nursing home residents (hospital-other).” As of Feb. 17, approximately 4,067 out-of-facility deaths were reported in the state, as well as 6,304 deaths inside the homes. The figures don’t include the 3,011 deaths inside adult care homes presumed to be virus-related.

Cuomo defended the accuracy of the reporting at the time despite being off by about 50 percent. He said that the low numbers were what the state had access to at the time and that it took officials time to fulfill information requests pertaining to where a nursing home resident died if it had not been inside the facility.

He also said the delay was caused by the Department of Justice’s investigation into his March 25 directive that prohibited nursing homes from refusing to admit a resident based on a confirmed or suspected Covid-19 diagnosis. Critics said the executive order put healthy residents at risk of exposure, and Cuomo ultimately reversed the rule on May 10.

Several days before Cuomo admitted to and defended the state’s underreporting, the New York Post revealed that Secretary to the Governor Melissa DeRosa held a private video conference with state representatives to apologize for the coverup. According to leaked audio obtained by the media outlet, the state aide claimed officials “froze” out of fear the numbers would be “used against” them by federal prosecutors.

Cuomo said that the void left by state officials allowed disinformation and skepticism to flourish.

“We should have provided more information faster. We were too focused on doing the job and addressing the crisis in the moment, and we did not do a good enough job in providing information. I take total responsibility that,” the governor said.

Assemblymember Ron Kim (D-Flushing), whose uncle succumbed to the virus in a nursing home, took to Twitter to denounce Cuomo’s statements, particularly stating that the governor was claiming that nonresidents were responsible for bringing the virus into the facilities.

Kim did applaud Cuomo for his belief that for-profit nursing homes require reform because they create tension between patients and profits. Kim has been calling for reform for nearly a year.

He introduced a bill in June to repeal article 30-d of the Public Health Law, enacted as part of the fiscal 2021 budget under Cuomo. The law gives care providers immunity from liability for “any harm or damages” sustained as a result of providing healthcare services during the Covid-19 pandemic, unless the act was “willful or intentional criminal misconduct, gross negligence, reckless misconduct or intentional infliction of harm.”

Nursing home deaths are sad, but how can they be a priority in a pandemic? These people are at the end of their lives; some suffer from dementia. I don't mean to sound callous, but we can't focus all our energies on nursing homes.

Gotta be honest that is callous kinda messed up 😬

If we blamed trump for withholding info then we have to blame cuomo too.