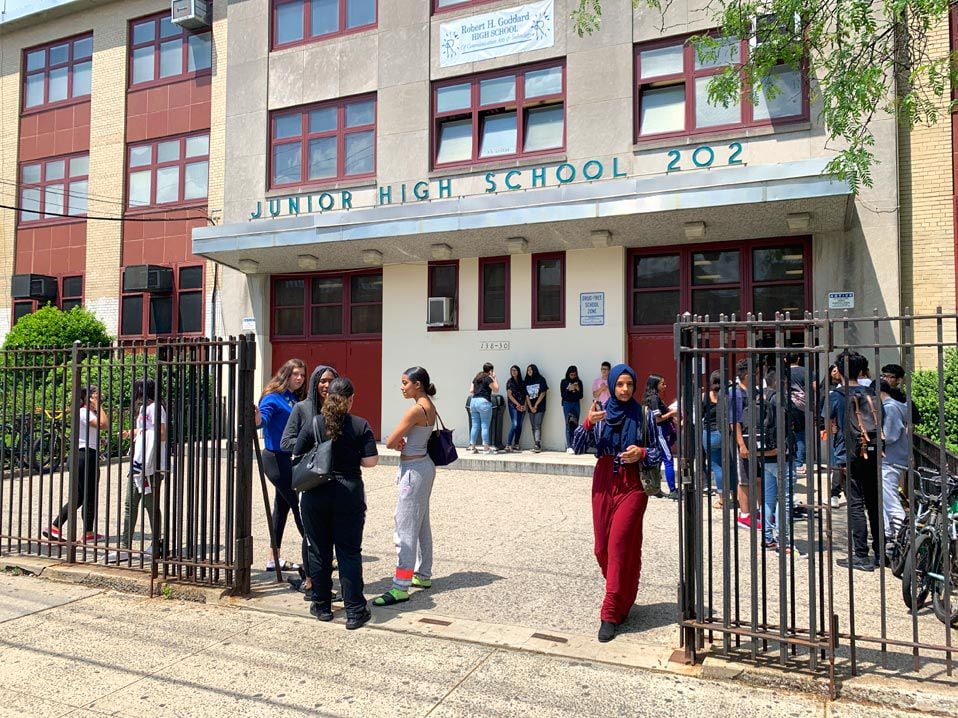 The knotty system of applying to high school and middle school is changing this year, effective for the 2020-21 school year. It’ll be simpler but will it be fairer? 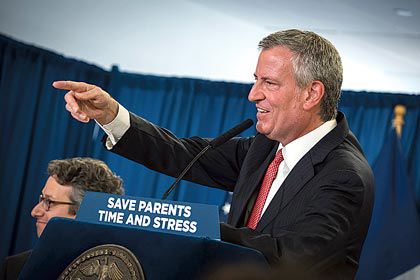 Mayor de Blasio came back from the campaign trail to make the announcement about the changes in the way students apply for high school.

The knotty system of applying to high school and middle school is changing this year, effective for the 2020-21 school year. It’ll be simpler but will it be fairer?

Mayor de Blasio came back from the campaign trail to make the announcement about the changes in the way students apply for high school.

That rite-of-passage for New York City teenagers — the nerve-racking experience of applying to high schools — has been unchanged for years.

The kids starting eighth grade next month weren’t even born when today’s knotty system of algorithms, ranked choice and travel hardship was introduced.

Earlier this month, the city announced a significant overhaul of the high-school admissions system, the first since they started putting cameras in cell phones.

The new high-school admissions process comes when the entire system of school assignment is in question, largely due to de facto segregation, but the changes do not directly address those concerns.

However, they do show how intent Mayor de Blasio has been in taking over the reins of the education system since the Legislature renewed mayoral control of city schools last spring.

Put it this way, de Blasio, who has been traveling around the country in recent months in a bid for the Democratic nomination for president, arranged to be in the city to announce the changes himself at an Aug. 15 news conference at a middle school in the Kensington section of Brooklyn.

“There will be one application round and one deadline to make everyone’s lives easier,” the mayor said.

The changes will go into effect immediately. Parents will be able to tell by early next year if the overhaul does indeed make the selection process as simple as the mayor and schools chancellor promised.

New York City’s application system is unusual in that it allows students a wide range of schools to choose from.

The Department of Education rolled out a new online enrollment system, MySchool, last year to make it easier.

But the system proved difficult for many to navigate and the city had to extend the deadline for applying to high school by two weeks into mid-December.

Some aspects of the new, simplified application program have still not been worked out by the DOE. But here’s what we know so far:

A student who is not matched with his or her first choice will be placed on a waiting list with a number. Students will be informed of their rank on the waiting list, according to Schools Chancellor Richard Carranza, and be able to follow online what numbers are being offered admission.

If a student is not matched until his or her fourth-ranked school, for instance, his or her name will be added to the waiting lists of the top three ranked schools and the ranking posted online.

“You’ll know your spot and if the seats do open up, you get an offer — it’s that simple,” Carranza said.

In the past, if none of the 12 preferred schools offered a student a spot, he or she could apply to 12 others in a second round.

That second round has been eliminated from the application process.

Now, if none of the 12 schools listed offers admission, the DOE will make the assignment, something it started doing on a limited basis last year.

The DOE suggests that will be a rare occurrence. Some 97 percent of students get into one of the 12 schools they apply to, according to the department’s official admissions guidebook.

Parents and students can appeal their assignments at one of Queens’ four Family Welcome Centers around the borough.

• What will stay the same?

The schedule for the process also remains the same. Students can obtain applications from their guidance counselors in October and submit them by the Dec. 3, 2019 deadline.

On March 1 or so, schools will inform students if they have been offered admission.

• Who will manage the waiting lists to ensure they are honest?

Waiting lists are not new to New York City schools. That admissions system has been used for kindergarten assignments for years.

But making sure a school follows its own rules is not always easy.

“Anyone who tells you they follow a strict queue is lying — either to you, or to themselves,” Alina Adams, a columnist for the education website New York School Talk, wrote last week.

“Working the waitlist is a thing,” she said. “If it happens at the elementary school level, it will happen at the middle school and high school level.”

“Schools will manage the process, as our elementary schools who already manage waitlists do,” said a spokesman for the DOE. “There will be DOE oversight.

“Schools will only be able to enter an offer for the next student on their waitlist into our online system,” the spokesman said.

• Can students be assigned to schools they did not list?

Yes. That was always the case.

It used to be that students were assigned if they could not get a match after the second round.

Last year, the DOE began assigning students who did not get a match after the first round, but permitted them to try elsewhere in round two.

Now, if a student is matched to a school not on his or her list after the first round, the only recourse is to appeal.

• Can you still appeal?

Students have always been able to appeal school assignments based on hardship. Too much travel time, medical reasons, disabilities and safety concerns are the most common grounds for appeal.

Under the old system, a student was allowed to appeal to only three of the 12 schools she or he had ranked.

Because there is no longer a second-chance round, parents would like to have the option of appealing to all 12 ranked schools.

That decision has not been made yet.

• Will there be any diversity criteria applied to the new waitlists to make sure there is a racial or gender balance?

The new application itself, said a DOE spokeswoman, is intended to increase at least the chance for more diversity.

“These changes are focused on making the process easier for families — only one application round and deadline,” she said in an email.