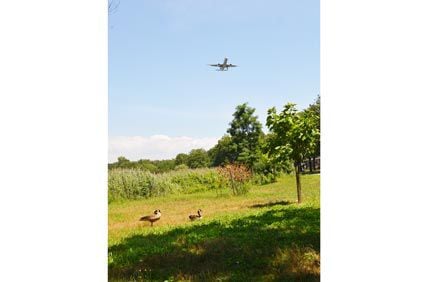 Five weeks ago, federal authorities removed and killed about 50 Canada geese from Brookville Park out of concern for the safety of planes flying into John F. Kennedy International Airport. By last Friday, 40 or more had taken their place. 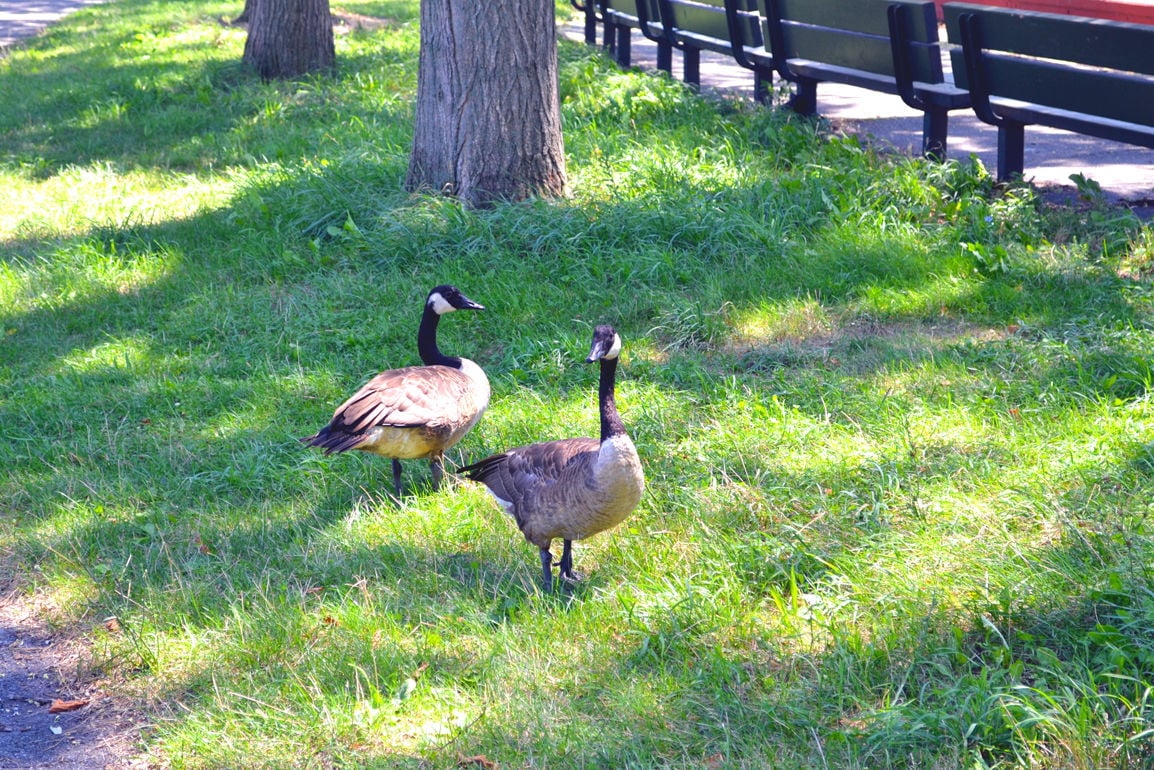 Canada geese at Brookville Park are considered a threat to aviation into and out of nearby Kennedy Airport. Advocates for the birds want an alternative to killing them. The city is working on accomplishing just that.

Five weeks ago, federal authorities removed and killed about 50 Canada geese from Brookville Park out of concern for the safety of planes flying into John F. Kennedy International Airport. By last Friday, 40 or more had taken their place.

Canada geese at Brookville Park are considered a threat to aviation into and out of nearby Kennedy Airport. Advocates for the birds want an alternative to killing them. The city is working on accomplishing just that.

On June 27, approximately 50 Canada Geese were rounded up from Brookville Park — located blocks north of Kennedy Airport — and killed.

The periodic roundups take place out of concern that the geese threaten the safety of commercial jetliners that leave JFK or come into it directly over the park.

But on Aug. 5, an informal count taken by the Queens Chronicle determined that 40 or more of the birds had returned to the shoreline of the large pond in the park’s center.

“The lesson is that they cleared out Brookville park, and six weeks later, more geese had taken their place,” said David Karopkin, founder of Goose Watch NYC.

The jurisdictional overlapping for geese removal from Brookville Park is tremendous, involving the city’s Department of Environmental Protection, the U.S. Department of Agriculture, the Port Authority of New York and New Jersey, which operates the airport, and the Federal Aviation Administration, which sets airline safety standards.

And all are concerned with avoiding a repeat of Jan. 15, 2009, when simultaneous bird strikes destroyed both engines on US Airways Flight 1549, resulting three minutes later in the Miracle on the Hudson.

Several people who visit Brookville Park regularly say they are very conscious of the need to protect the planes. “But there has to be an alternative to killing the geese,” said nearby resident Guy Lalanne, an opinion universal to every park user asked. On Tuesday, a city spokesman said that may be coming.

“Aviation safety is a significant concern to the city and we have a contract with USDA to control the goose population near airports,” the spokesman said in an email to the Chronicle. “However, it is also important to note that for the first time, the city has begun non-lethal management this year to reduce the number of geese producing offspring.”

He said the city is working with nonprofit partners to create a long-term strategy aimed at using nonlethal management.

Jim Hall investigated numerous airline crashes in the seven years he served as chairman of the National Transportation Safety Board under President Clinton.

“I think the safety of flights is imperiled and the birds have to be taken,” Hall told the Chronicle. “Maybe you could move the geese to other locations. But [aircraft-wildlife encounters are] commonplace around the country, and it isn’t just birds. It certainly is a danger that has to be addressed.”

Karopkin said while relocation of goslings has had some success, adults tend to fly back to their original locations.

He would like to see the airlines, Port Authority and FAA work on radar that helps airports spot flocks of birds like the one that brought down Flight 1549. He said improvement is needed because the system tends to report too many false positives.

Karopkin said a practice known as oiling of goose eggs keeps populations down by preventing the eggs from hatching.

His group’s website lists means that municipalities, airports, golf course operators and others can use to make areas near water unattractive to geese, such as adding plants, grasses and shrubs that are unpleasant to a goose’s senses or block the clear lines of sight they seek to protect themselves from predators.