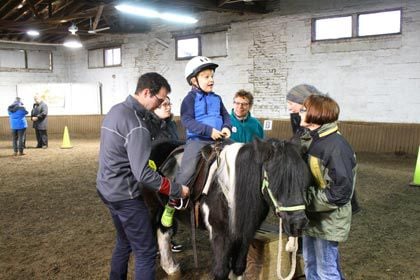 Volunteers help an excited child onto Butch the horse at GallopNYC’s open house for its new Forest Hills location on Monday. The therapeutic riding company acquired the site in January. 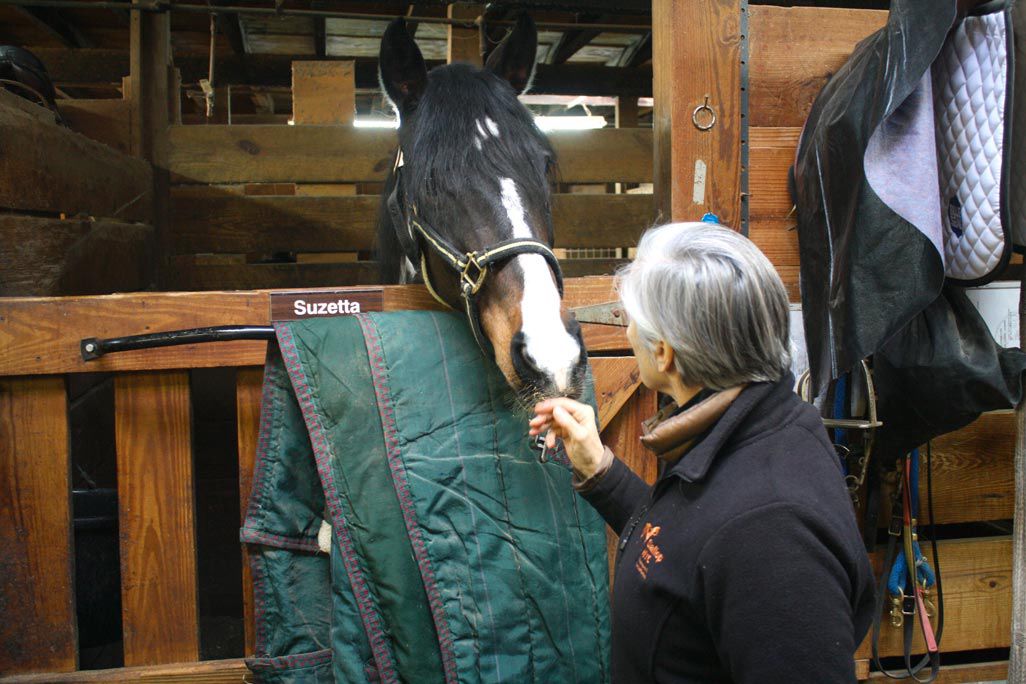 Volunteers help an excited child onto Butch the horse at GallopNYC’s open house for its new Forest Hills location on Monday. The therapeutic riding company acquired the site in January.

Getting that rural farm feeling in the middle of the big city is apparently really popular in Forest Hills.

Dozens poured into therapeutic horseback riding company GallopNYC’s new location at 88-03 70 Road during Monday’s open house to meet the steeds, enjoy the live music and even go for a quick ride.

Despite the bitter cold outside and the chill inside the barn, excited children spent hours petting and feeding the welcoming horses while their parents took pictures.

After getting to know the animals, a few of the children and some of the adults present took turns riding them slowly around the barn while instructors taught them how to stop, start and control the horse.

All the while, a banjo and violin duo played a selection of country music tunes in the background.

The stable of horses had long been owned by Lynne Holzhauser and her family, who operated Lynne’s Riding Center at the site for decades.

But in early January, Holzhauser sold the barn and stable and donated her horses and equipment to the Brooklyn-based GallopNYC, which provides therapeutic riding programs to children and adults with disabilities and special needs.

Holzhauser — who was present at Monday’s open house, helping children interact with the horses — is still involved with the stable’s daily operation.

Prior to the purchase, the group had been renting horses by the hour from the riding center to use for its programming for the last five years.

“We are getting a lot of calls, more than we had expected,” GallopNYC Executive Director Alicia Kershaw said of the interest in the stable since the acquisition. “It’s great. The therapeutic part is our primary focus but we really want to be good neighbors, so we’re happy to have people come ride.”

GallopNYC at Forest Hills offers two sets of horses for people with or without special needs to ride: ponies for children — the majority of the company’s riders — and full-size horses for adults.

Community Board 6 District Manager Frank Gulluscio visited the site during the open house and said having GallopNYC in Forest Hills will be a huge benefit for children and families across the district.

“I love this,” Gulluscio said. “It’s great to have this here in the community. It’s just great for these kids.”

A number of volunteers were on hand to help the riders and control the horses, with Kershaw saying GallopNYC is working on creating a program under which those who sign up to volunteer at the Forest Hills site get discounted riding lessons.

One Whitestone woman named Jean said she hopes as many kids as possible take advantage of the new opportunity to ride.

“I’m just so excited you’re in the boroughs,” she said to Kershaw, “and that city kids have this opportunity.”