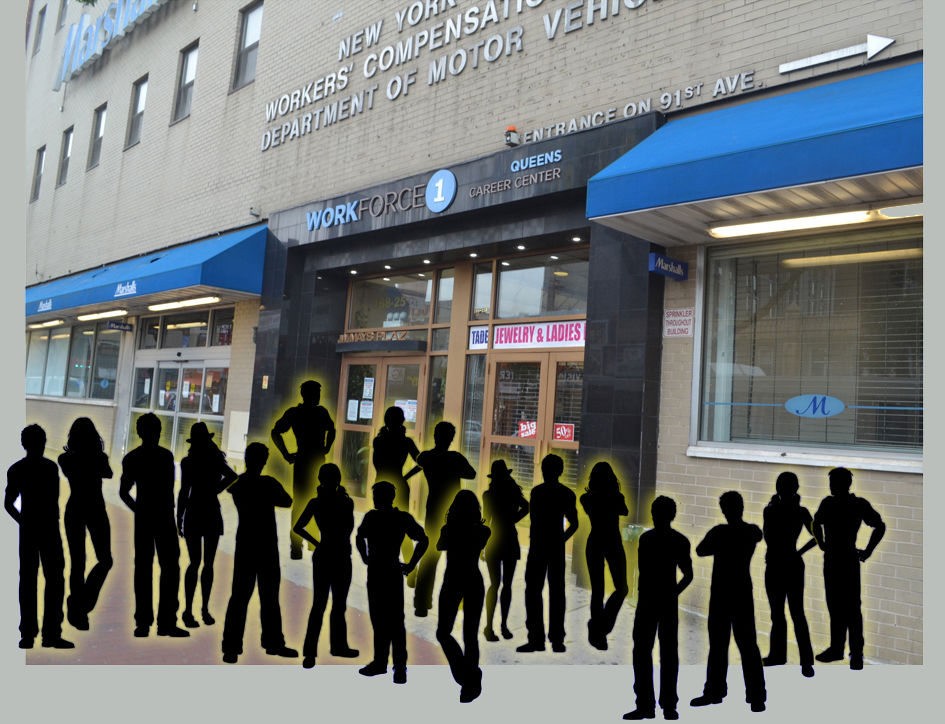 The unemployment offi ce in Jamaica has gone virtual like so much else as COVID-19 sweeps through society, but the line would be long if it were open.

Unemployment nationwide has now offi cially reached 14.7 percent, and is believed to be more, in a situation not seen since the Great Depression. 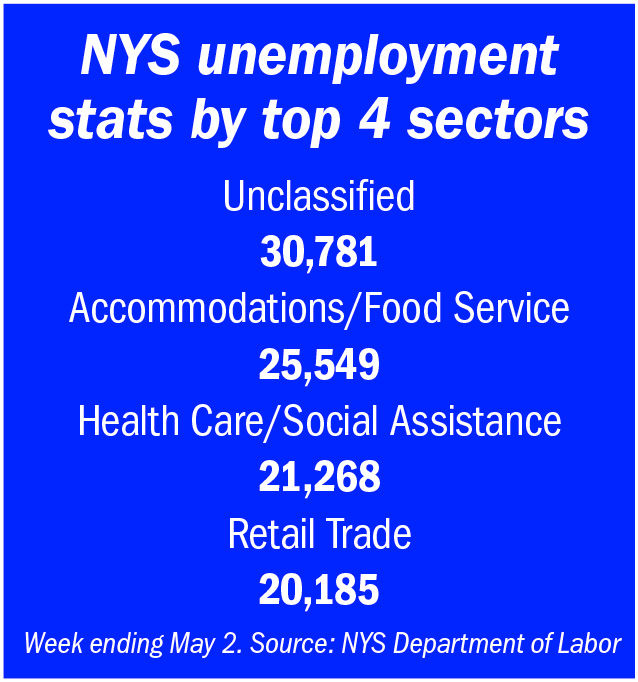 The unemployment offi ce in Jamaica has gone virtual like so much else as COVID-19 sweeps through society, but the line would be long if it were open.

Unemployment nationwide has now offi cially reached 14.7 percent, and is believed to be more, in a situation not seen since the Great Depression.

“When the pandemic started we were so worried because some restaurants decided to close. We [considered] the tough decision that maybe we’d close, but people in this area might need food so we decided to stay open,” said Chen Chen of Little Pepper, a Sichuan restaurant in College Point. “Normally we’re pretty busy, but when we started to have the [pandemic] our business just dropped ... we still have income. It’s not a lot, but we’re not in urgent need.”

Chen said the restaurant suffered between a 70 to 80 percent decline in business since March 16 when Gov. Cuomo ordered food services to be takeout and delivery only. In order to offset the financial losses, Little Pepper told its five staff members to stop coming into work, though Chen says they were not laid off.

“Because they live in Flushing we didn’t want them to travel. You don’t know who they’re going to contact on their way to work, so they’re home and resting,” Chen said. “They told us they were worried to come to work because Asians are already so prepared [and] they knew it was going to go bad. The conditions were not good. They were worried about their own health.”

When Cuomo announces that restaurants can reopen their doors, Chen hopes to ask her staff to return to work, but says she “can’t use the word ‘guarantee’” when it comes to assuring her employees that their jobs will be waiting for them. In the meantime, the staff members are just a few of the 23.1 million individuals across the United States to file for unemployment benefits in order to sustain them financially until the public health emergency is lifted.

Unemployment throughout the country is officially at 14.7 percent — total nonfarm payroll employment fell by 20.5 million jobs in April, after declining by 881,000 in March. The April over-the-month decline brought employment to its lowest level since January 2011, and is over 11 percent lower than it was in April 2019.

According to federal data, the Food and Drink Service industry suffered the highest plummet for April. The 5.5 million lost jobs account for nearly 27 percent of the total nonfarm payroll employment for the month.

“[Businesses were] staying open and doing takeout, but they soon realized they couldn’t sustain just doing takeout. Sales of alcohol — after dinner drinks — and table service are how they make their money,” Tom Grech, the president and CEO of the Queens Chamber of Commerce, told the Chronicle Tuesday. “From a Queens perspective, many businesses now have limited hours or shut down entirely, so that explains that spike [in food service unemployment claims].”

In New York State, according to Department of Labor data, 1,837,766 individuals filed unemployment claims between March 9 and May 2. For the week ending May 2, initial claims for unemployment insurance increased over the past year by 600 percent. “Unclassified” occupations made up the largest portion of claims with 30,781, followed by Accommodations and Food Service jobs at 25,549, Health Care and Social Assistance at 21,268 and Retail Trade at 20,185. The only industry to see an increase during the week was Transportation and Warehousing, which saw a 31 percent decrease in claims between April 27 and May 2.

Also for the week ending May 2, New York City reported 84,169 claims, making it the region with the largest over-the-year increase in initial claims. Queens filed more claims than any other county in the state — the borough filed 32,610 during the week, nearly 2,800 more than Brooklyn, which filed the second-most claims. Though still high, the amount of claims is lower than in previous weeks — Queens filed about 5,500 fewer claims in the first week of May than in the last week of April.

“There’s no easy answers or easy comments, but Queens County has had the highest concentration of COVID cases and the highest amount of deaths,” Grech said. “It’s impacted everyone greatly, our psyche. People are sheltering in place and not leaving for anything, not buying anything. It’s tied directly to that.”

Grech also said the new unemployment data are grounds not to impose costs on business, such as the City Council’s proposal to require companies with at least 100 employees to give frontline workers hazard pay, whether hospital employees, grocery store clerks or any number of others still reporting to jobs that are considered essential. The extra pay would total $30 for shifts under four hours, $60 for shifts of four to eight hours and $75 for shifts longer than that. The measure is part of an Essential Workers’ Bill of Rights introduced late last month.

“It’s just another reason why some of the current legislation being put forth in the City Council on some of these bills regarding hazard duty pay and so on are a huge mistake,” he said. “Sadly, we can say we’ve probably never had unemployment this big, even during the Great Depression, and we need to make sure that our businesses are able to go out there once they’re able to reopen and hire people they want to hire as much as they can and do their business without interruption or interference from government.”