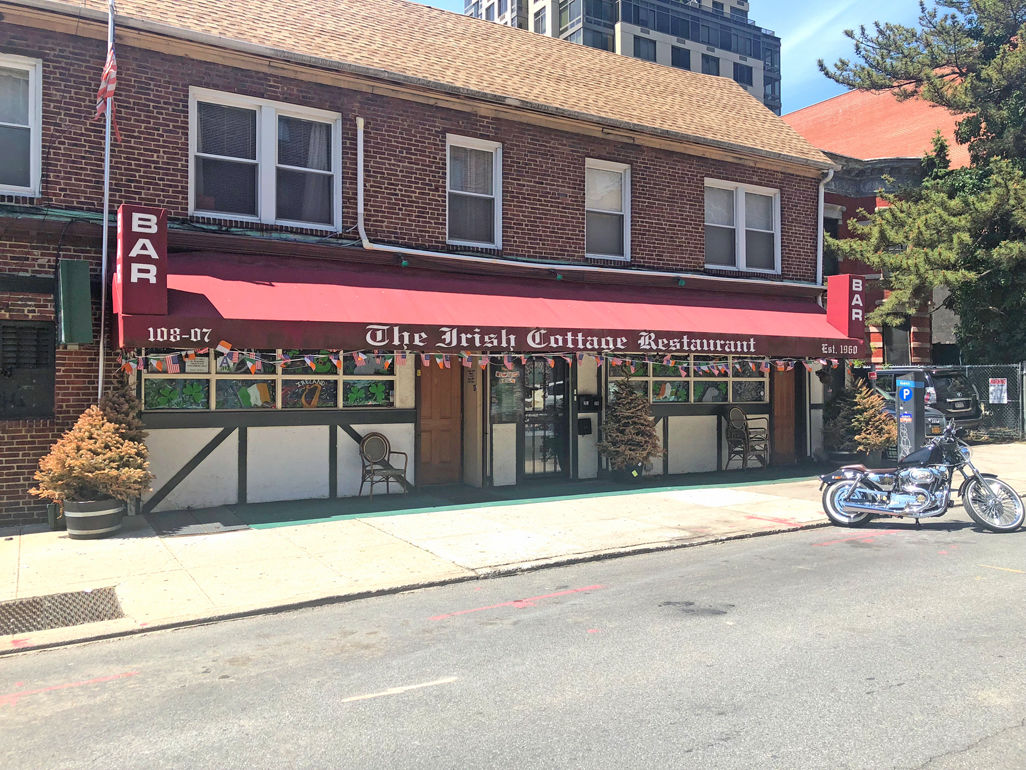 The Irish Cottage has closed after being in business in Forest Hills since 1960. Owner Kathleen McNulty, left with her son Danny, died from COVID in April. 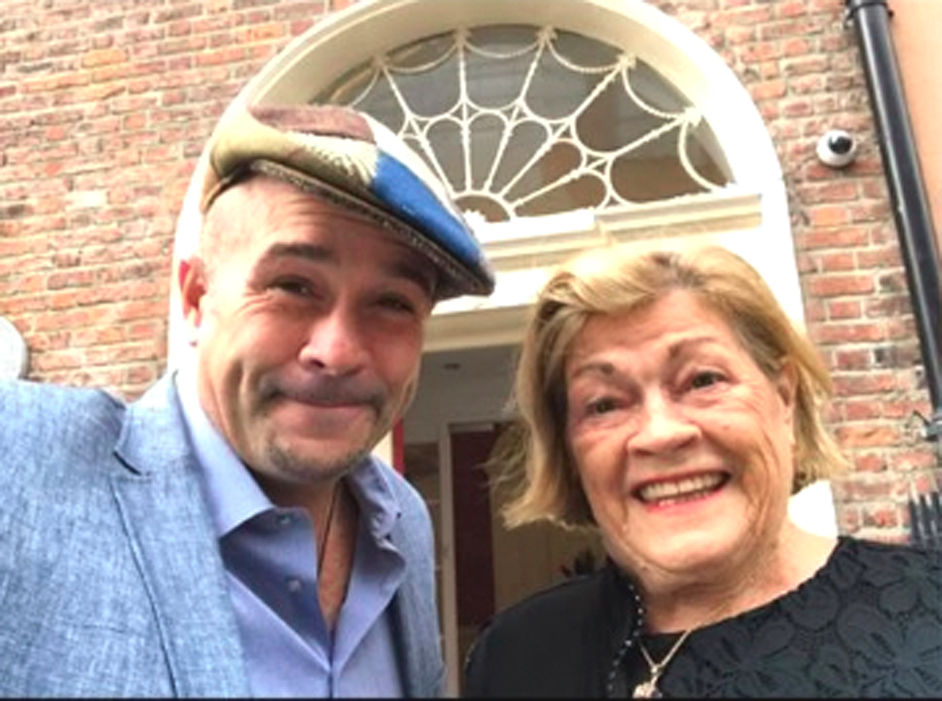 Owner Kathleen McNulty with her son Danny, died from COVID in April.

The Irish Cottage has closed after being in business in Forest Hills since 1960. Owner Kathleen McNulty, left with her son Danny, died from COVID in April.

Owner Kathleen McNulty with her son Danny, died from COVID in April.

“Come in as a stranger and leave as a friend.”

That was a popular saying from Irish Cottage owner Kathleen McNulty, who died last month from the coronavirus at Meadowbrook Care Center in Freeport, LI.

May 3 marked the final day for the Forest Hills bar and restaurant that had been around since 1960.

“It’s like losing another family member,” her son, Danny, told the Chronicle Tuesday about the oldest family-run Irish bar in the borough.

Kathleen, who is survived by three children and three grandchildren, took over in 1986 after her husband died.

“It was hard back then because women in business were treated very, very differently,” Danny said. “Men were very chauvinistic and machismo. She met them tooth and nail.”

That could be even more amplified in a bar setting. There was a time a mobster offered her “sanitation services” and threw her up against the wall.

Her response: “Many a men have put me up against a wall but never through it.”

From County Donegal in Ireland, McNulty would give people from the old country jobs at the bar and sponsor them for green cards.

“She was the toughest boss you could ever work for but the nicest person you would ever want to meet,” Lisa Loughery said.

Danny recalled being a porter at the bar when he was 10 years old and “straighten up drinks” for customers who would give him a quarter to play arcade games.

“That was my babysitter, the Pac-Man machine,” he said.

Danny and his siblings grew up helping out at the bar. Another fond memory: “St. Patrick’s Day always meant having the next day off.”

He also credited getting behind the bar for jump-starting his acting career. Danny played Harley on the 1990s sitcom “Boy Meets World” and again in the “Girl Meets World” reboot.

“Once I stepped back there, you kind of have to be a performer,” he said. “I got over my shyness that way.”

He believes the business could have kept going if not for the coronavirus but as it stands “nobody can make it in this business right now.”

Even a three-month break on rent wasn’t enough to keep the business going.

“That’s great but then you owe the rent three months from then and it’ll be like $40,000 or $50,000,” Danny said. “Nobody knows when bar or restaurant business is going to get back on its feet fully.”

Restaurants are open for takeout and delivery only and, as Danny points out, part of the fun of the Irish Cottage was entertaining customers and talking.

“It was a real melting pot of all different kinds of people from all walks of life,” he said.

There were customers who met there and have been married for decades.

“They come back and they go, ‘Yeah, we met in that corner over there,’” Danny said.

“The Irish Cottage has been a local favorite in Forest Hills. Generations have enjoyed the food, spirits and good times at ‘the Cottage,’” Brown said in an email, adding that Kathleen held fundraisers including for 9/11 and Hurricane Sandy.

Michael Perlman, chairman of the Rego-Forest Preservation Council, called the closing of the business a “sad day in Forest Hills history,” adding its “unique ambiance is one-of-a-kind in our neighborhood, as well as in Queens.”

Danny said the site at 108-07 72 Ave. would be good for someone who wants to run a similar business. The bar isn’t being dismantled.

“We’re going to leave it with some dignity,” he said.

As for Danny, he wants to move back to Los Angeles to rejuvenate his acting career “and do whatever I can to make my mom proud.”

Danny, you'd make ''Mom'' proud if you picked up where she left off, forget acting for now and keep the tradition alive and running for the next generation.

My people are from Limerick [Doon] and I know the spirit of the Irish well, it's in you so let it out..

This pandemic has wrought so much devastation that even with the Irish spirit, it would be difficult to continue making a success of the Cottage in this climate. Danny cannot afford to take on so much debt that he never gets out of the hole. Sometimes, even when you don't want to, you have to cut your losses and move on.

I wish him much success in reviving his acting career.