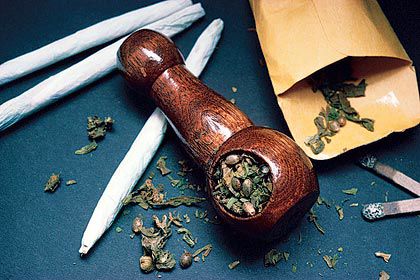 Queens District Attorney Richard Brown has no immediate plans to change his prosecution of marijuana cases. 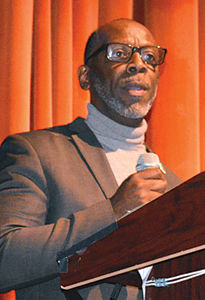 Councilman Daneek Miller is calling on the Queens DA to change his marijuana enforcement policy. 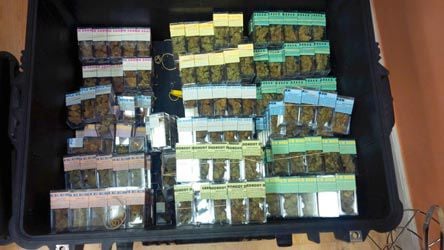 Mayor de Blasio and some elected offi cials are calling on the NYPD and city district attorneys to stop criminalizing low-level marijuana offenses, as some are already doing. NYPD Commissioner James O’Neill has put together a panel to help him make his own decisions on future policies.

Queens District Attorney Richard Brown has no immediate plans to change his prosecution of marijuana cases.

Councilman Daneek Miller is calling on the Queens DA to change his marijuana enforcement policy.

Mayor de Blasio and some elected offi cials are calling on the NYPD and city district attorneys to stop criminalizing low-level marijuana offenses, as some are already doing. NYPD Commissioner James O’Neill has put together a panel to help him make his own decisions on future policies.

Queens District Attorney Richard Brown is in no rush to change his marijuana enforcement policy — even as the city, and possibly the state, begin to look at changing their rules on pot.

“In my view, the wisest course for all of us at this point is to allow the Police Commissioner’s Working Group to do its job,” Brown said in a letter to a group of elected officials who had asked him to end the prosecution of those caught smoking weed in public. “I am confident that the resulting report will help shape our determination of what is best for our city.”

The district attorney was referring to a group formed by Police Commissioner James O’Neill last week, empaneled after Mayor de Blasio announced he would be instructing the NYPD to change its policy on marijuana enforcement in an effort to end the racial disparity of those arrested for holding or smoking cannabis.

An analysis by The New York Times found that black and Hispanic people are eight and five times, respectively, more likely to be arrested for smoking pot than white people.

“We must and we will end unnecessary arrests and end disparity in enforcement,” de Blasio said at the Center for American Progress’ Ideas Conference. “It’s time for those to be a thing of the past in New York City and all over this country.”

The mayor on Monday said he will instruct the NYPD to issue summonses to most of those caught smoking in public, rather than arresting them.

Further steps will be taken by the city, de Blasio added, as the state continues to look into possibly legalizing recreational marijuana; medicinal marijuana is already legal in this state. Gov. Cuomo recently has said he’d be supportive of making pot smoking legal, saying neighboring states have or are planning to do soon.

O’Neill, in a statement, acknowledged racial disparity in arrests must end but denied his officers target people of specific races.

“Among the reasons for enforcement are officer observations, and community complaints received from 911 and 311 calls, and from meetings like tenant associations, community councils, and Build The Block sector meetings with neighborhood police officers,” O’Neill said.

But a New York Times report found, despite the racial disparity in arrests, that white and black neighborhoods had similar levels of 911 and 311 calls about pot use.

Unlike Brown, one district attorney is not waiting for the NYPD’s report to change his policy. Manhattan District Attorney Cyrus Vance announced last week his office would stop prosecuting most marijuana possession cases and expects the number of cases it handles to drop from 5,000 to 200 per year, a 96 percent decrease.

The Brooklyn District Attorney’s Office has declined to prosecute most low-level possession cases since 2014.

“We implore you to consider the damage suffered by the men and women of color in Queens who have been unfairly prosecuted under a conspicuously biased approach to policing and embrace a policy overhaul similar to the ones currently underway in Manhattan and Brooklyn, and ultimately citywide, without delay,” the politicians said. “As more insightful data becomes available, attitudes towards marijuana become more tolerant.”

Councilman Daneek Miller (D-St. Albans) — chairman of the Black, Latino/a and Asian Caucus — says the racial disparity in marijuana arrests is one of the top issues in his district.

“When you see young people, time and time again, complain to our offices that they’re being stopped in their cars and the suggestion they’re smoking marijuana ... it’s an everyday occurrence in Southeast Queens,” Miller told the Chronicle.

The politicians in their letter noted that the 105th Precinct, which patrols mostly black neighborhoods, has led the city in marijuana summonses for years.

In 2017, the command wrote 2,199. Additionally, the officials say, 416 arrests for smoking pot took place in Jamaica and Hollis in 2016 — both communities are 82 percent black and Hispanic.

“We’ve been talking about this for a number of years but each year over the past three ... those numbers get higher,” Miller said.

The councilman in recent weeks had clashed with Jeffrey Schiff, the former commanding officer of the 105th Precinct who was transferred from the command on Monday, over their differing views on broken windows policing.

Schiff is a supporter of the crime-fighting method, while Miller is against it.

Brown, in his response to the politicians, said 75 percent of the 2,094 people arrested for smoking marijuana in Queens were issued desk appearance tickets and not held in custody for arraignment. Of those, 21 percent failed to show up on their court dates and warrants were issued for their arrest.

Only 2.4 percent of the arrests ended with a conviction for a crime — 69 percent concluded with an adjournment in contemplation of dismissal, which means the charges were tossed if the defendant did not get into further legal trouble.

“Thus, over 97% of the public smoking cases did not result in a criminal conviction,” Brown said.

Still, Miller says the Queens district attorney needs to take action now and not wait for the NYPD commission report.

“I think they should take the lead,” he said.

But for Miller, changing the policy for those caught smoking weed in the future is not enough.

He’s also asking for those who have been punished by the criminal justice system to be made whole again “Whether it’s through by way of expunging records or some form of compensation in terms of police-community relations or resources so that we don’t see this again.”

The lawmaker also wants to examine “what policies allowed for the disproportionate amount of summonses and arrests to exist,” so that the city does not find itself in a similar situation down the road.

Others in Queens were skeptical of loosening marijuana enforcement rules, or possibly ever making it legal to smoke in public. Kevin Forrestal, president of the Queens Civic Congress, said he would rather wait to see how other states balance recreational pot and quality-of-life concerns.

“Let’s see how they deal with things like impaired driving,” he said. “We have an opportunity to sit back and say, ‘Let’s see what happens elsewhere.’ We should hold off at least another year.”

Speaking for himself, and not the civic congress, Forrestal said he’s “generally in favor of restricting smoking in most public places.”

Joann Ariola, chairwoman of the Queens County Republican Party, said she is wholeheartedly against the mayor’s plans.

“The bottom line is, as of right now, the sale, purchase and consumption of marijuana is illegal,” Ariola said. “This is the mayor pandering to a single demographic.”