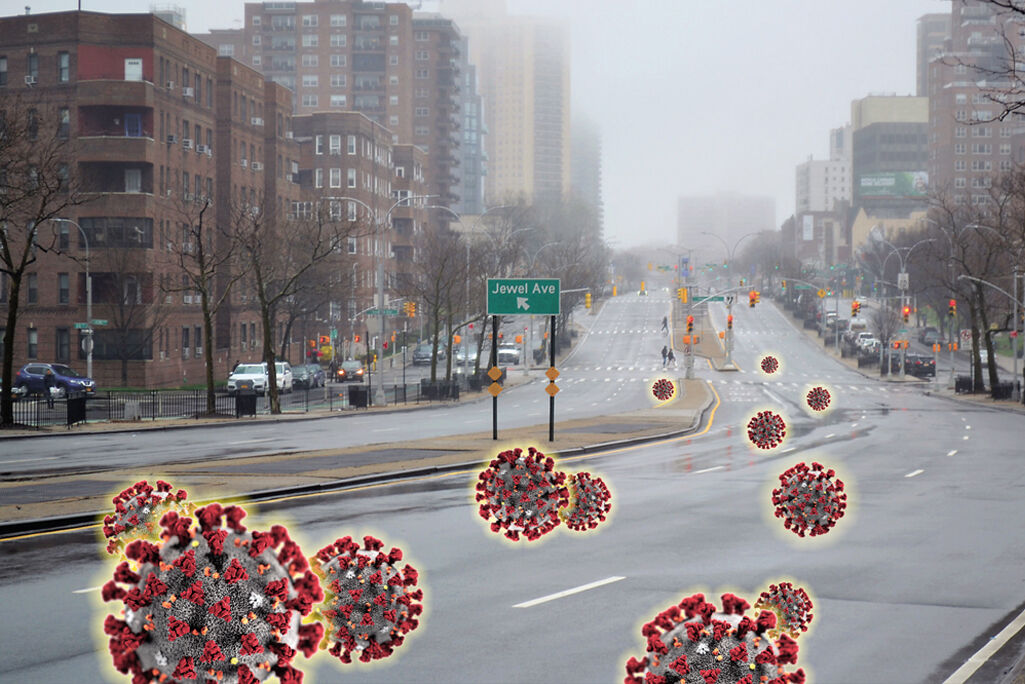 After New York seemingly got its COVID-19 cases under control, some neighborhoods, including in central Queens, reported a surge in positive tests, possibly endangering school and business reopenings. 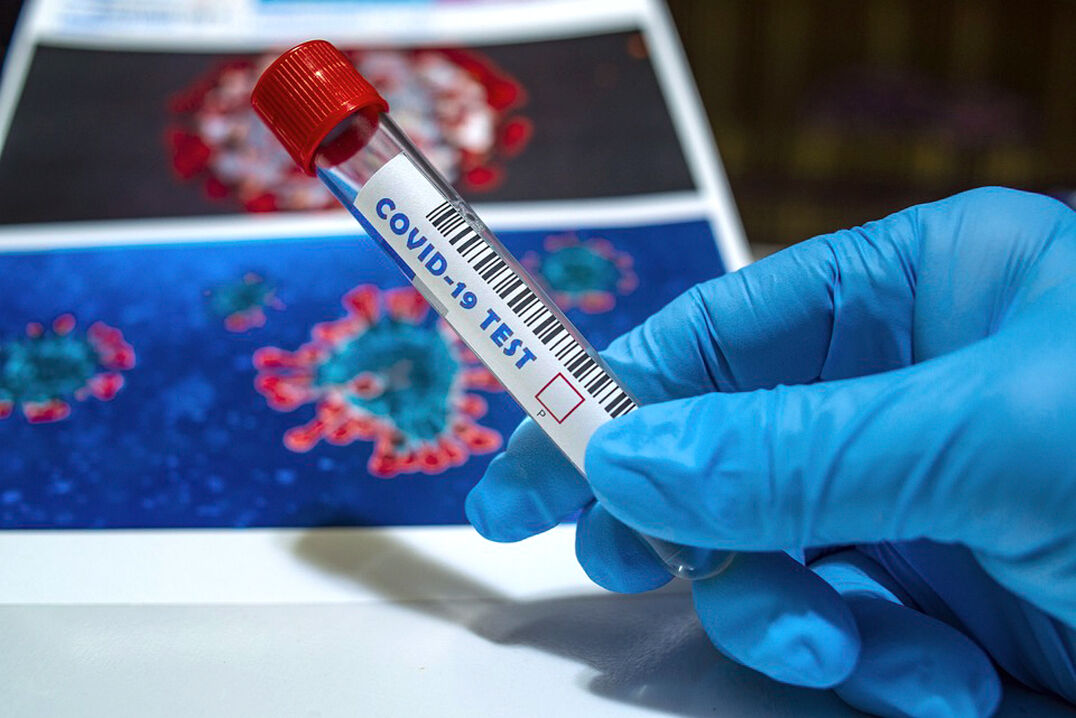 Coronavirus rates are increasing in a number of Queens neighborhoods.

After New York seemingly got its COVID-19 cases under control, some neighborhoods, including in central Queens, reported a surge in positive tests, possibly endangering school and business reopenings.

Coronavirus rates are increasing in a number of Queens neighborhoods.

The city’s daily COVID positivity rate dropped to 0.94 percent Mayor de Blasio announced Wednesday, a day after a reported 3.25 percent rate marked the highest number since June, prompting warnings that schools and businesses could be shut down again.

Areas of concern include Kew Gardens with a 3.31 percent infection rate, Edgemere/Far Rockaway at 4.91 percent and Kew Gardens Hills/Pomonok with a 3.60 percent rate over the past two weeks.

According to city numbers, St. Albans has seen a 550 percent increase in two weeks with 14 total cases, and Hamilton Beach/Howard Beach/Lindenwood had a 213 percent hike with 33 cases.

De Blasio announced Tuesday that people who refuse to wear masks in select neighborhoods, including Kew Gardens, can be fined up to $1,000.

The city’s Department of Health warned last week that all nonessential businesses could be closed in impacted areas if the numbers do not improve.

That was met with some criticism.

Queens Chamber of Commerce President Tom Grech said the city and state should be “surgical” in any effort to shut down places.

“At this point in the pandemic, every business is essential to the people that own it, that work there and to the community,” he told the Chronicle Monday. “And to do a broad brush-stroke approach to shut down an area is counterproductive.”

Grech said if authorities see violators, they should use their power to take the necessary action but that it would be unfair to punish everybody.

“There’s no way that the selfish actions of a few, for whatever reason, should stop the efforts of the governor to reopen up our restaurants, our neighborhoods and our businesses,” he said.

Grace Anker, who owns The Potter’s Wheel on Lefferts Boulevard, said things could be better if people followed protocols.

“I see people walking around without masks, which is rather disconcerting. Everybody should know better,” she said, adding, “I think there’s still a segment of the population in denial or ignorance about all this.”

Anker, who runs the art business and teaches classes, said people have been asking her if they can have birthday parties at the store, “which is not happening.”

Only 10 people, with masks, can come in at a time, and must be six feet apart. They have to register for time on the business’ website.

Anker, like Grech, is not happy about the possibility of all area stores closing. “I think that’s pretty draconian,” she said. “Why should they punish all the businesses?”

De Blasio also said Tuesday that the uptick could mean schools would have to go all online. The announcement came two days before public high schools are scheduled to begin in-person learning. De Blasio initially said schools would not open for in-person learning if the city’s infection rate on a seven-day rolling average hit three percent or higher.

The Health Department also issued a commissioner’s order last Friday to nonpublic schools in affected areas, stating all individuals on the school premises should remain at least 6 feet apart at all times, face coverings should be worn at all times, and that administrators must coordinate with the DOH and Trace Corps and follow protocols if a student or a staff member is confirmed to have it.

Schools not in compliance with the order will face violations and possible closures, as well as a $1,000 fine.

“Everybody wants reassurance and we are happy to provide that,” Carla MacMullen, head of school at the Kew-Forest School, told the Chronicle Wednesday.

MacMullen said many of the protocols were already part of the school’s reopening program and that the school is “watchful and vigilant” of the numbers but is not changing its plans.

There are almost 230 students enrolled in the school, with around half of them on-site and more than 100 in a full-remote environment. MacMullen said nobody from the DOH has visited the school yet.

“But we understood that’s a possibility and we’re ready,” she said.

Teresa Amato, the director of emergency medicine at Northwell Health’s Long Island Jewish Forest Hills, said there has been an uptick in complaints over the last week.

“We don’t know yet if this is a blip or possibly a bigger outbreak,” she told the Chronicle Tuesday.

During the height of the pandemic, there were fewer patients in the emergency department, down to about 80 percent of its usual numbers because of concern about going in. Amato said over the past few days, the number is starting to go back to its normal numbers, with 150 to 160 a day.

When the Kew Gardens statistics were released, a number of asymptomatic patients went to the hospital because of the concern. There also were a few patients sick enough to be admitted, though she said the hospital hasn’t seen a big uptick.

Amato says the hospital is prepared for a second wave and has learned things in the past several months, such as putting sickened people on their stomachs for longer periods of time leads to better outcomes.

She said social distancing, mask wearing and hand hygiene are three things “you can absolutely do that will decrease your chances of getting COVID or being exposed to COVID.”

Amato added people who think they have been exposed should call their doctor and find out if he or she wants the person to be tested. A mobile testing site will be at The Painter’s Playground in Rego Park and Borough Hall in Kew Gardens through Friday from 10 a.m. to 4 p.m. according to Community Board 6.

Many of the increases have been in heavily Jewish areas, though Amato held off on making a direct connection between the rise in cases and the Jewish new year.

“It’s really hard to say right now because we don’t have the clear data yet of exactly where these patients have been and what they’ve done over the last few weeks,” she said, adding, “If you could avoid being in a large group in a small area, that’s still probably the safest thing to do.”

Rabbi Romiel Daniel of the Rego Park Jewish Center says he has been “extremely careful,” and is only allowing 45 people in the location, which can hold about 700. Visitors have to wear masks, and there is hand sanitizer and temperature checks available upon arrival. “Only 45. Can you believe that? In a sanctuary of 700. We can’t help it,” Daniel told the Chronicle Wednesday, adding, “We don’t want to take any chances.”

He advises people not feeling well to stay home and says they can listen to services online. Daniel said there could be some anti-Semitic attacks if COVID numbers go up, especially with people looking to “take advantage of these holidays, especially when they see Jewish people congregate.”

Though some Hasidic Jewish people in the city have refused to wear masks, Daniel said, “We are not the ones who say, ‘We’re not going to put on masks.’”

For the rabbi, “COVID-19 is not something you can fool around with.”

As you have already known the numbers of the covid-19 are increasing in some neighborhoods regardless of who lives in these areas It's not about Race or Religion it's only about keeping people from getting sick. Because this covid-19 Only recognizes How to cause illness and DEATH ! so please wear your mask use hand sanitizer and wash your hands we must keep these numbers down otherwise The Next Person that Dies may be someone you Love. also schools and businesses will be closed again and we all need Money and I'm sure no one wants DEATH and Loss of Income, So please do the right thing . Thank You.