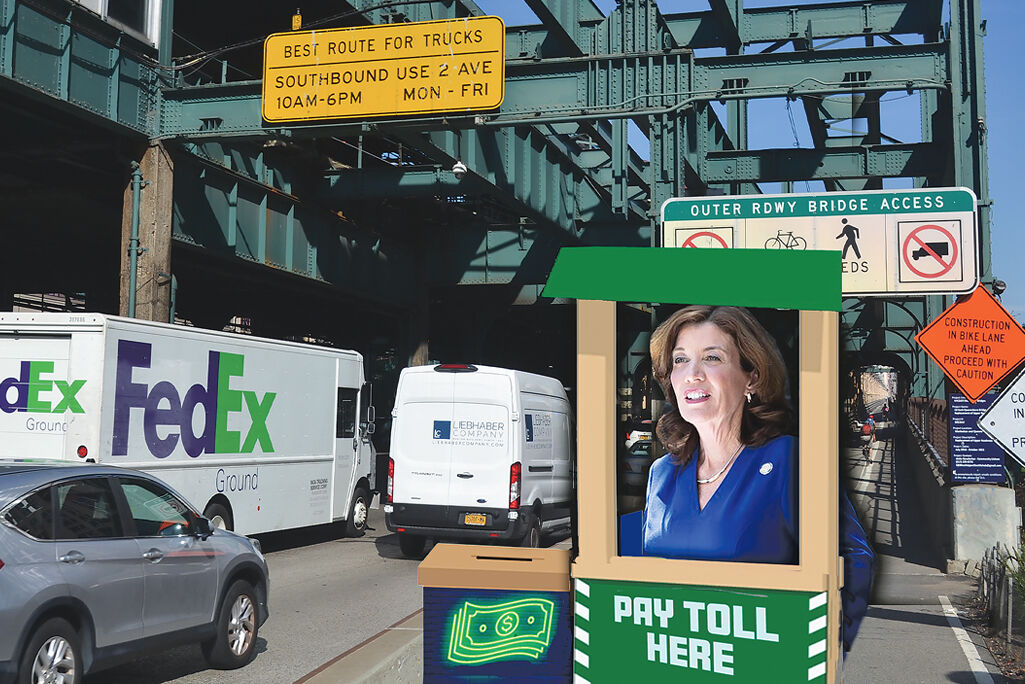 Congestion pricing — the imposition of new fees on drivers headed into most of Manhattan via routes that are now toll-free — appears to be moving along with a series of online public meetings set to start Sept. 23. New Gov. Kathy Hochul, right, supports the plan. 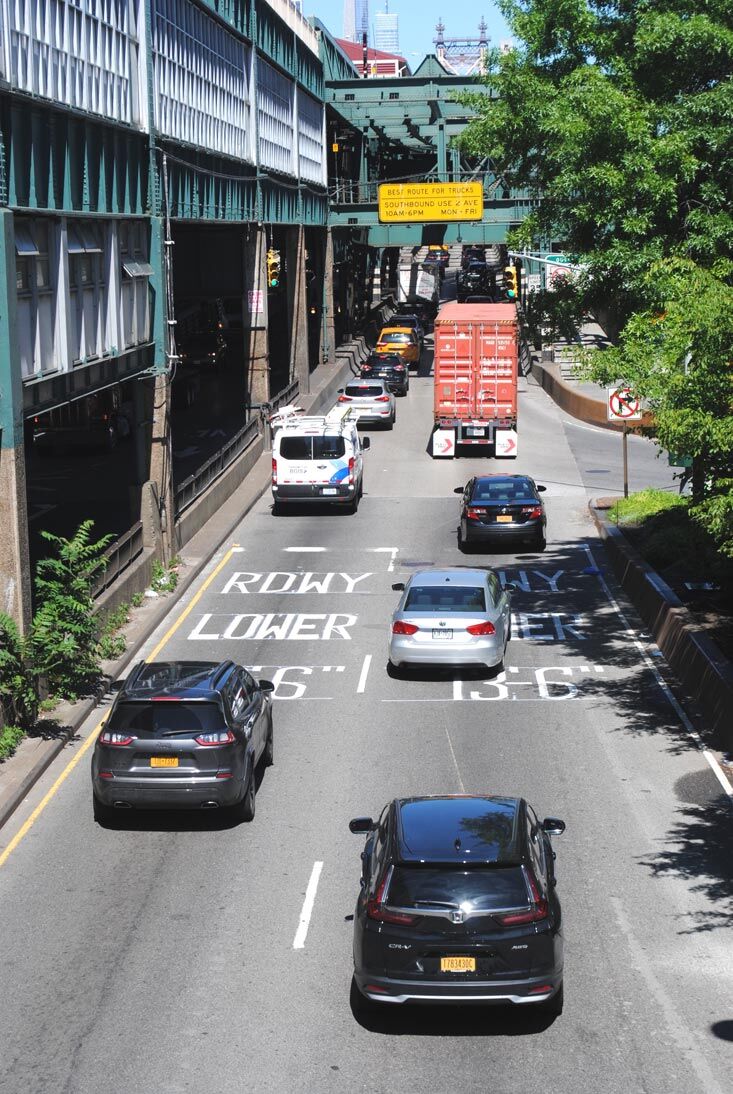 The ball now is rolling on the Metropolitan Transportation Authority’s plan for congestion pricing into Manhattan.

Congestion pricing — the imposition of new fees on drivers headed into most of Manhattan via routes that are now toll-free — appears to be moving along with a series of online public meetings set to start Sept. 23. New Gov. Kathy Hochul, right, supports the plan.

The ball now is rolling on the Metropolitan Transportation Authority’s plan for congestion pricing into Manhattan.

It was proposed back in the Michael Bloomberg administration, fought for since then and, some proponents claim, delayed by President Donald Trump’s Department of Transportation.

Now, seven months after it received federal approval, congestion pricing will be the subject of 10 meetings the Metropolitan Transportation Authority has scheduled for those who want their say or just information about the plan, marking the start of what will be a 16-month study.

Two of the regional meetings, on Sept. 23 and Sept. 30, will include time dedicated to the specific concerns of people in Queens, though anyone may register to attend or speak at any or all of the meetings online at new.mta.info/project/CBDTP.

The aim is to create a tolling system that would charge drivers for entering Midtown or Downtown Manhattan either by bridge, tunnel or by crossing a yet-to-be-designated street — 60th Street, one block north of the Ed Koch Queensboro Bridge crossing, has been suggested countless times — into the Manhattan Central Business District.

The stated goals are:

• to reduce traffic congestion and vehicle exhaust pollution; and

• to raise $1 billion a year in revenue for the MTA, which the agency would use to leverage $15 billion in loans to advance its five-year, $51 billion capital plan for modernization of rail and bus service.

MTA acting Chairman and CEO Janno Lieber called the study “a crucial project for the MTA and our riders” in a press release issued Aug. 20.

While congestion pricing was able to pass the state Legislature back in 2019 when it finally got the approval of former Gov. Andrew Cuomo, Gov. Hochul’s views had been the subject of speculation in the days leading to her swearing-in on Aug. 24.

In an email to the Chronicle on Friday afternoon, Hochul’s office included a quote from an interview with The New York Times on Aug. 25.

“I’ve supported it from its inception,” said Hochul, now the de facto head of the MTA. “I believe it has to happen for all the reasons we know congestion pricing works. But I also got to work on finding out the rollout time. I know they’re saying from 18 months to 16 months, but I want to check into that.”

She said earlier in the month that the state will have to keep an eye out to see if the Covid-19 pandemic comes into play as the plan is developed.

Opponents of the plan say it is nothing more than another tax on drivers who already fund the MTA through mandatory fees on car registrations, gasoline taxes and bridge and tunnel tolls that keep skyrocketing even as bus and subway fares have been at $2.75 per single ride since 2015.

“Or as I also like to call it, the Manhattan Moocher Prevention Act,” Gottheimer said according to a transcript obtained from his official website. He said it could cost a typical New Jersey commuter $3,000 per year with none of the money benefitting the Garden State or New Jersey Transit.

Gottheimer’s bill would, if passed into law, prohibit U.S. Transportation Secretary Pete Buttigieg from awarding any new capital investment grants to any MTA project until drivers from New Jersey are exempt from the fee if entering Manhattan via the already-tolled Holland or Lincoln tunnels or the George Washington Bridge.

It also would establish a year-end federal tax credit for New Jersey drivers equal to the amount they are charged in congestion pricing tolls.

On Aug. 24, however, Hochul received a letter imploring her support, with 29 signatories including Betsy Plum of the Riders Alliance; Jean Ryan of Disabled in Action of Metropolitan NY; Mary Barber of the Environmental Defense Fund; Catherine Gray of the League of Women Voters; Julie Tighe of the New York League of Conservation Voters; Jaqi Cohen of NYPIRG Straphangers Campaign; James Whelan of the Real Estate Board of New York; Tom Wright of the Regional Plan Association; and Danny Harris of Transportation Alternatives.

The meeting schedule and geographic regions are as follows:

• Thursday, Sept. 23, 6 to 8 p.m. focusing on the Manhattan Central Business District (60th Street and below);

• Wednesday, Oct. 6, 6 to 8 p.m. focusing on Manhattan outside the Central Business District (61st Street and above).