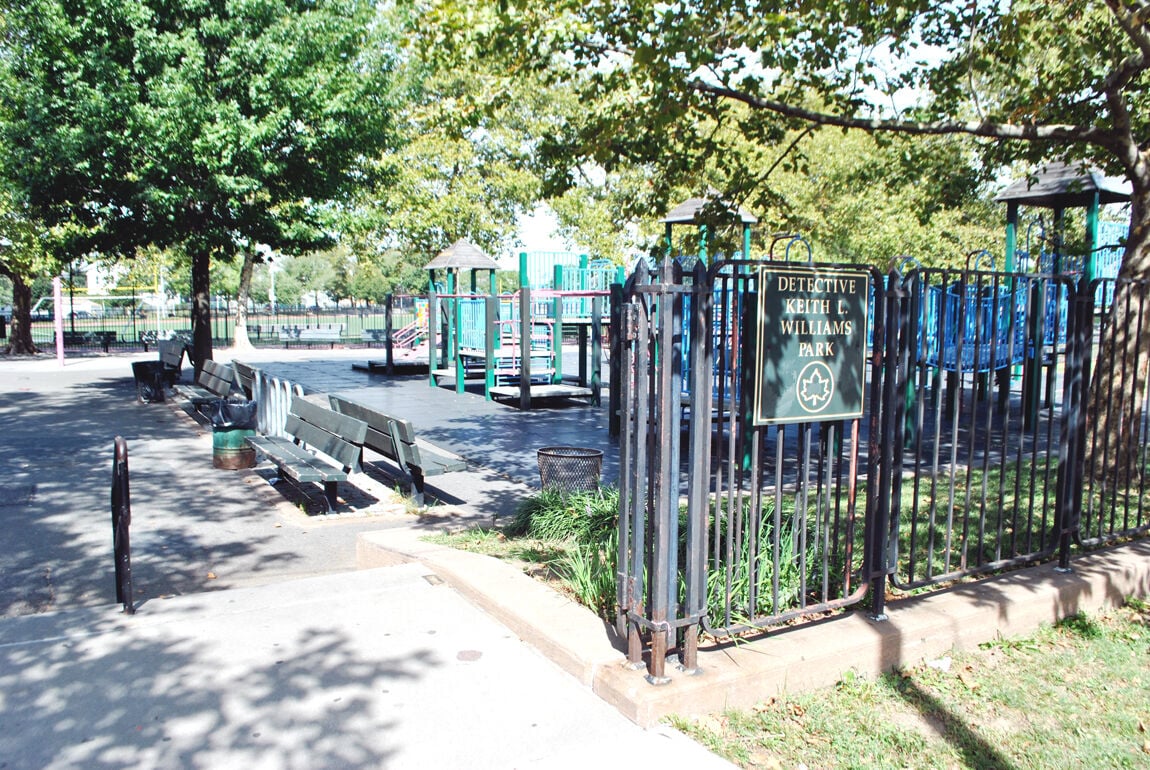 The city is planning a $15.4 million renovation of more than four acres of Detective Keith L. Williams Park in Jamaica. The late police officer’s family participated in a community input session that was set up to solicit residents’ ideas for the finished product. 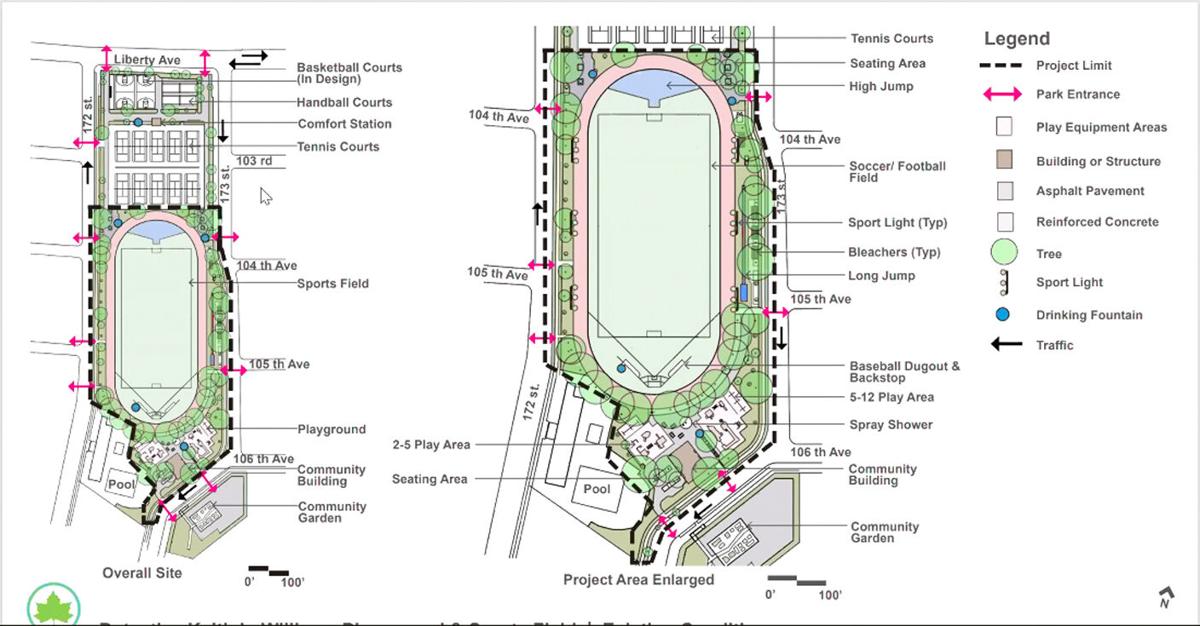 Planning is underway for the modernization of the athletic fields and playground at Detective Keith L. Williams Park in Jamaica. The city’s Department of Parks and Recreation also is looking to see what new amenities may be possible. 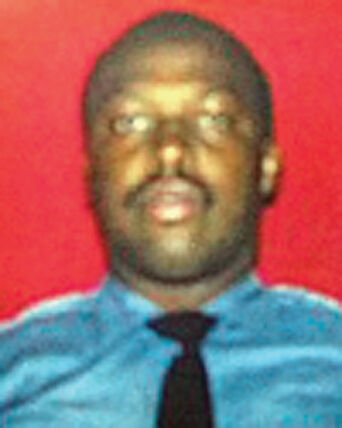 The city is planning a $15.4 million renovation of more than four acres of Detective Keith L. Williams Park in Jamaica. The late police officer’s family participated in a community input session that was set up to solicit residents’ ideas for the finished product.

Planning is underway for the modernization of the athletic fields and playground at Detective Keith L. Williams Park in Jamaica. The city’s Department of Parks and Recreation also is looking to see what new amenities may be possible.

NYPD Det. Keith Williams was known in his Jamaica neighborhood for giving generously of himself — especially for youth activities — before giving his life for the city in the line of duty in 1989.

Now the city is planning a $15 million project to modernize and upgrade the children’s playground and the athletic complex in the seven-acre park named in his honor.

Councilman Daneek Miller (D-St. Albans) and representatives of the city’s Department of Parks and Recreation hosted a Zoom meeting last Thursday seeking public input on what should be added or improved at Detective Keith L. Williams Park, located on 173rd Street in Jamaica between 103rd Road and 16th Avenue.

More than 40 people, including Williams’ widow, Rita, and their daughter, Tennille, participated in the meeting.

Williams, 34, was an eight-year veteran assigned to the Queens District Attorney’s Squad on Nov. 13, 1989 when he and his partner, Det. Richard Guerzon, were detailed to transport a prisoner from Rikers Island to the DA’s Office in order to take a polygraph test.

At one point the man was left handcuffed to a bar, but was unsupervised. He was able to break into a locker within his reach and steal a handgun.

Williams and Guerzon were shot and killed on the side of the Grand Central Parkway near LaGuardia Airport. Their killer was free for only a few hours when he was arrested. He was convicted and sentenced to 91 years to life in prison.

The former Liberty Park was renamed for Williams in 1991. The corner outside the park at 172nd Street and Liberty Avenue was co-named Det. Keith L. Williams Way in September 2019. Among the community activities he led at the park during his lifetime was the annual “Keith’s Roundball Classic” basketball program. He also sponsored an afterschool program at PS 116, The William C. Hughley School.

Miller was excited by the turnout from the start of the meeting last week.

“Hopefully this means they want to be fully engaged in what Keith L. Williams Park can look like in the future,” Miller said.

Queens Borough Parks Commissioner Michael Dockett was on the call, as were Deputy Queens Borough President Rhonda Binda and the Rev. Carlene Thorbs, chairwoman of Community Board 12.

“Your input this evening, your comments, your engagement is going to be the basis of what will go on this blank canvas tonight,” said JoAnne Amagrande, the chief of staff for the Parks and Recreation in Queens.

“I was in a radio car when the call came in,” he told the Chronicle in an interview.

DiGiacomo said he has become close with Williams’ family, and that the park and the city’s plans are important gestures in these times.

“Keith Williams is a hero who represents the greatest detectives in the world,” he said.

Emmanuel Thingue, a designer with Parks and Rec, said the work deals with about 4.5 acres of the park, including the playground, the area around the periphery of the 400-meter running track and the all-purpose synthetic turf field in the track’s interior, which will be replaced.

“The seating in the park is functional, but it needs to be upgraded,” Thingue said. “The turf field has reached its life expectancy.”

Thingue also said the new playground equipment will satisfy all modern safety standards that have been adopted since the original amenities were installed.

Tennille Williams, in a question-and-answer session during the meeting, was at first somewhat disappointed that the project did not include her father’s beloved basketball courts — but delighted to learn they are part of a separate project already underway.

“He was very active in basketball,” she said with pride.

She and her mother also raised the possibility that the center court might possibly bear Williams’ name in the future, an idea that was discussed in at least two of the breakout sessions.

Naomi Osaka, the world’s second-ranked women’s tennis player, is teaming with BodyArmor to refurbish the tennis courts, which she played on as a child.

The pool at the southern end of the park and the garden across the street are not part of the project itself, but Thingue said the latter will be taken into account by the design team as that section drains toward the athletic field.

“We want to know what you would like to see and what you would really not like to see in this park,” said Eric Mattes, Parks’ team leader for capital projects in Queens. Among the suggestions were more adult exercise equipment around the exterior of the track and a bit of separation between the playground for the littlest children and those who are older.

Camila Vasquez, who works at the park, said the water spray area of the children’s playground tends to flood.

The park has a problem with people dumping their garbage and residents were told that A, more trash receptacles would be coming, and B, that city Park Enforcement officers have been engaging in surveillance operations and catching some of the culprits.

Other ideas discussed in breakout groups were making the entrances more inviting; making markings on the turf permanent for things like football, soccer and baseball; possibly putting Williams’ name in the football end zones; and finally replacing the last of the old Liberty Park signs.

The entire process is expected to take between 30 and 45 months, with the last 12 to 18 being the actual construction. Funding was provided by Miller’s office and the offices of Mayor de Blasio, Borough President Donovan Richards and Council Speaker Corey Johnson (D-Manhattan).