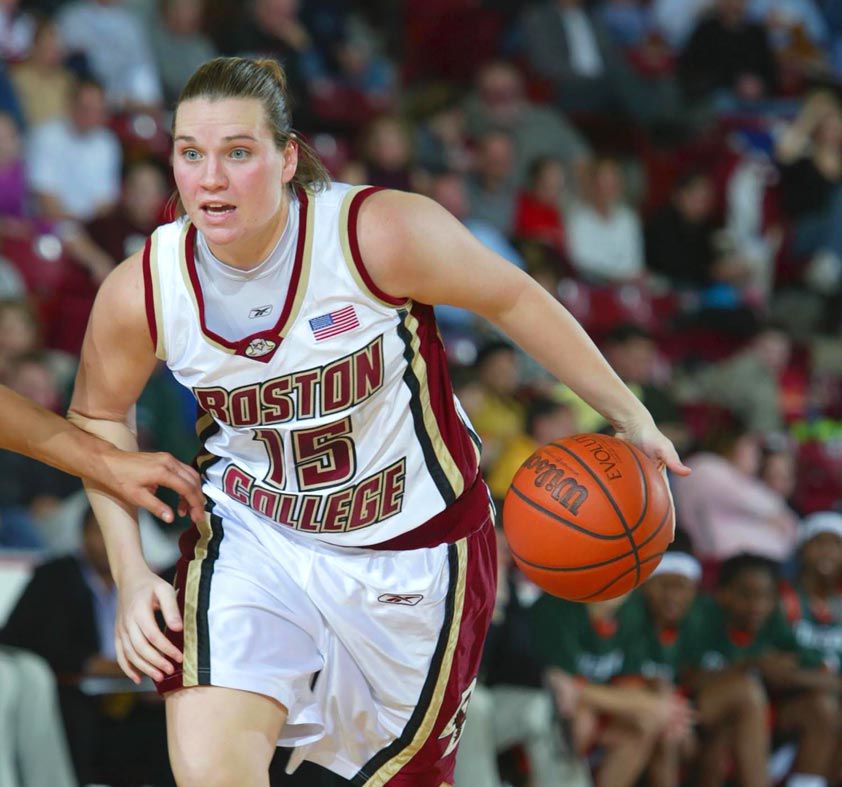 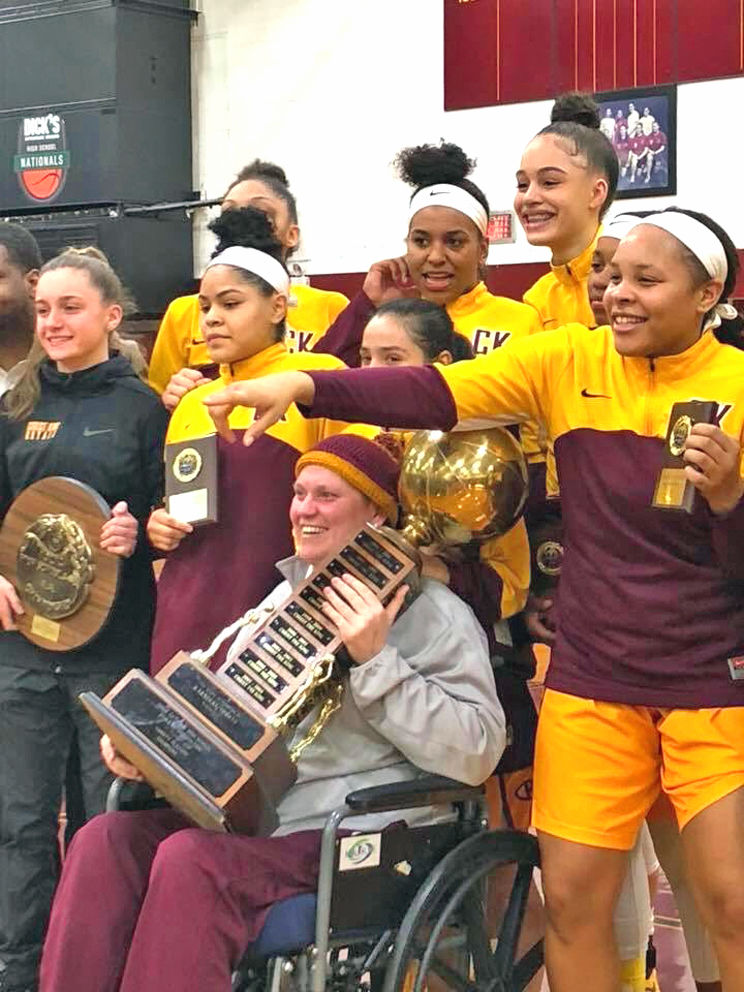 Clare Droesch has long been a Christ the King High School legend, going back 20 years to the days when she was a smooth shooting All-American.

But as great as she was on the court, Droesch will be remembered by many for how she stared down adversity off of it.

After more than six years of fighting, the Rockaway native lost her battle with stage four breast cancer last Friday.

The news of her passing left those in the high school and college sports world heartbroken, as condolences poured in from across the city and country.

“It was not the jump shot or the silky smooth passes that made Clare Droesch an All-American at Christ the King and later at Boston College, it was the way she could light up a room with her infectious laugh and piercing blue eyes,” CTK head girls basketball coach Bob Mackey said in a statement. “She leaves behind a legacy as an outstanding player and coach. She made a difference in the lives of players and coaches.”

During her time at Christ the King in the late 1990s, Droesch was arguably the best high school player in the state, as she helped lead the Royals to an absurd 106 wins compared to a mere 10 losses.

Christ the King also won three state federation championships in her time at the Middle Village school, which ended with an All-American selection in 2001.

Droesch then went on to star at Boston College, where she helped lead the Golden Eagles to four straight NCAA Tournament appearances, including two trips to the Sweet Sixteen.

“Clare’s passion for helping others as a coach and the courage and grace with which she faced her battle with cancer are an inspiration to us all,” former Boston College coach Erik Johnson said.

After a brief stint playing professionally in Portugal, Droesch began her coaching career, one that saw her serve in a variety of roles at Vanderbilt and St. John’s.

She came back home to New York City a decade ago to coach on the high school level, beginning with Scholars Academy in Rockaway Park. It was during her tenure as an assistant at St. Edmund Prep in Brooklyn when she was diagnosed with breast cancer.

But she never stopped patrolling the sidelines, even as she underwent chemotherapy to battle the disease — which eventually spread to her spine and hips.

“Everyone is crying around me,” she said in 2013. “I’m the one patting them on the back, telling them it’s going to be alright.”

Most recently, Droesch served as an assistant to Mackey at Christ the King. Coaching from a wheelchair in what would be her final season on the sidelines, she helped lead the Royals to a state championship — bringing her basketball career full circle.

“One thing I express to them is that you can’t take life for granted,” Droesch said of her players four years ago. “You don’t know what tomorrow is going to bring. You have to live every day like it’s your last and leave it all out on the court.”

Survived by her parents, older brother, nieces and nephews, the CTK Hall of Famer was laid to rest Wednesday in Farmingdale, LI.