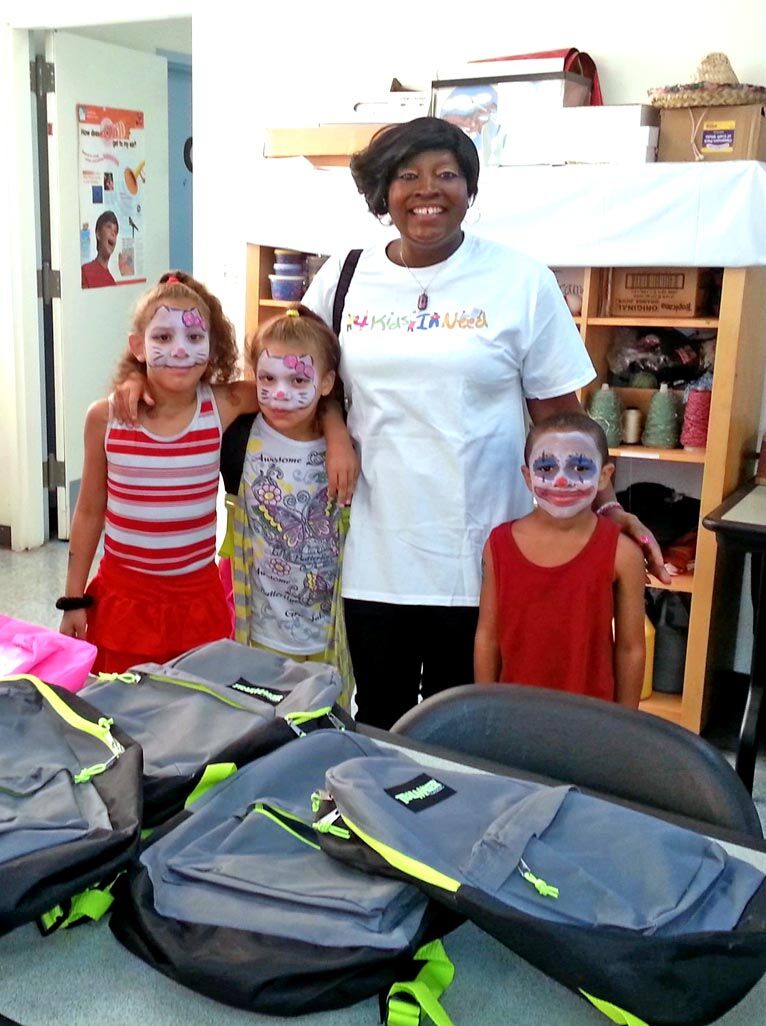 Rhonda Williams shares a moment with some beneficiaries of one of her 4 Kids In Need backpack and school supplies giveaways. 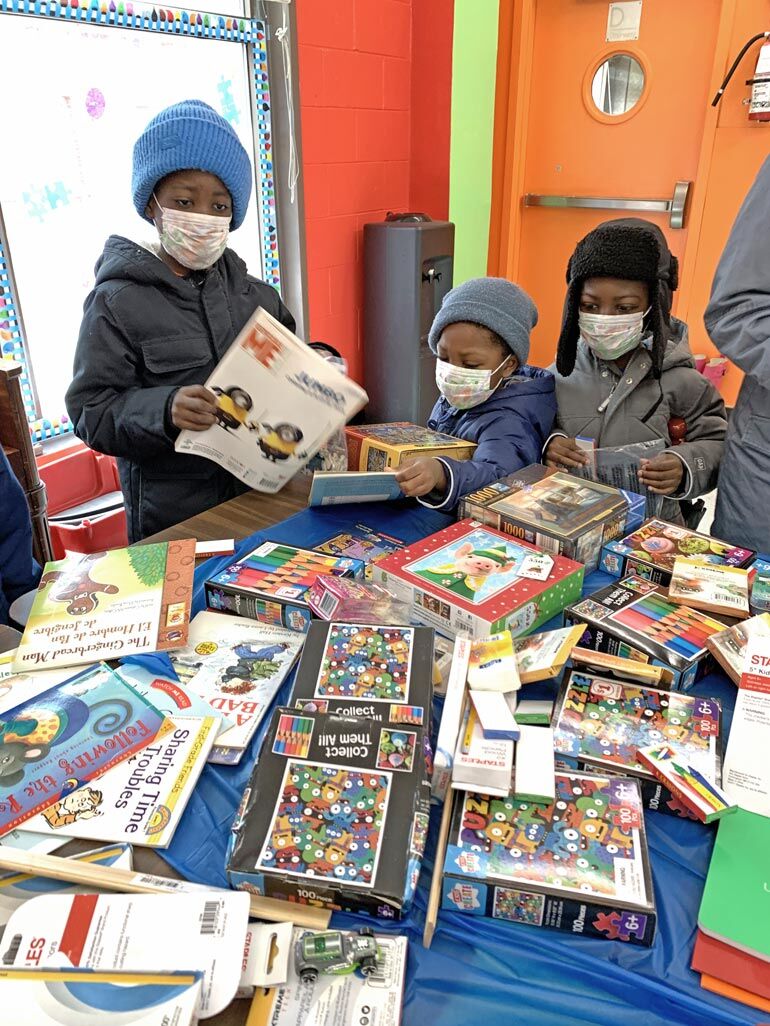 Youngsters at a shelter enjoy gifts provided by 4 Kids In Need.

Rhonda Williams shares a moment with some beneficiaries of one of her 4 Kids In Need backpack and school supplies giveaways.

Youngsters at a shelter enjoy gifts provided by 4 Kids In Need.

Two years following her first visit to a shelter, Williams began a nonprofit called 4 Kids In Need to make a full-time commitment to helping those children in the shelter system. Since the organization’s inception, Williams and various volunteers have brought donations and educational programs to over 5,000 children in homeless shelters.

Within Queens, Williams assists four shelters in and around Jamaica — the Belt Park Family Shelter, the Briarwood Family Residence, the Saratoga Family Residence and the Springfield Family Residence. Explaining the mission of her organization, Williams states, “We have a 12-month out of the year program. We do homework help, tutoring. Then we do backpack and school supplies twice a year. Thanksgiving would be a meal for the children and bags of canned goods. Christmas would be the full Christmas event with Santa and activities for the children. During the year, we support the STEM program, which is the science, technology, engineering and mathematics program.”

Williams knows how important the donations and educational contributions are for the children. According to statistics she provides, 97 percent of homeless children have been moved at least once on an annual basis, which has a negative effect on academic achievement.

Explaining the emotional toll that takes on children, Williams says, “They don’t know where they’re going to sleep at night and they don’t know where they’re going to get their next meal from and things are scarce. That has a direct impact on children. So when you think about children, schooling for homeless children is often interrupted, delayed. Because of that, they are twice as likely to have a learning disability, repeat a grade, or be suspended from school.”

Collaborating with local vendors, Williams has been receiving continual support because businesses “are aware of the direct impact on the recipients which are the children living in shelter.” For example, Staples provides Williams with back-to-school supplies, which she was able to donate to the children of the Briarwood Family Residence this past August. Another local store, Trader Joe’s, gives her canned goods for the annual Thanksgiving meals. Besides receiving support from area stores, Williams, with whom this reporter has done some volunteering, also has individual contributors who work at different companies and give monetarily or donate personal care items, clothing and toys to the children throughout the year.

To expand upon her educational programs in the shelters, Williams created another nonprofit organization called BluePrint 4 Kids. Describing the work of that group, Williams said, “Now we have BluePrint 4 Kids, which is the mentoring and scholarship programs for the high school and college students. The scholarships would be a donation that we give to whomever that person is in the shelter whether it be for high school or college.”

In the future, Williams would like to collaborate with another organization to open a space for BluePrint 4 Kids where children in shelters could come to receive homework help, tutoring, college preparation and afterschool programs. She would also like the to assist children in shelters for the real world by preparing resumes and portfolios for job applications and giving them an opportunity to go into different work environments. These experiences would allow the children to have a better idea about what they would like to study in college.

Williams’s work in the shelter system has not gone unnoticed. In 2019 she received citations for her leadership from the offices of then-City Councilman Donovan Richards and state Assemblyman Edward Braunstein. The women’s nonprofit organization ProVoice/ProVoz, also in 2019, awarded Williams with the Spirit of Leadership Award for her work in homeless shelters.

In retrospect, Williams exudes pride about her 15 continuous years volunteering at various New York City homeless shelters. She adds confidently, “Our organization, we demand the best of ourselves and our colleagues. We set very, very high goals and we are firmly committed to improving the quality of everything that we do for children. We believe that children have the ability to transcend their circumstances if given the opportunity and the support.”

For anyone interested in making a contribution to 4 Kids In Need and BluePrint 4 Kids, Williams can be contacted via email at info@forkidsinneed.org or by phone at (212) 961-7990.