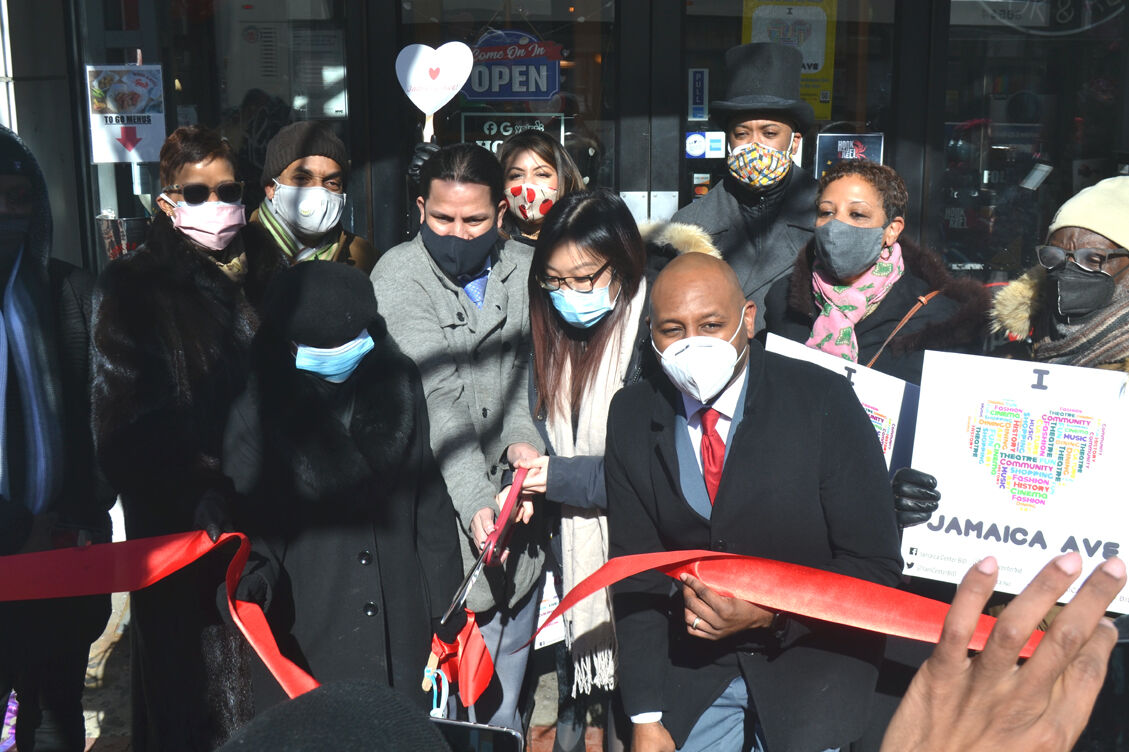 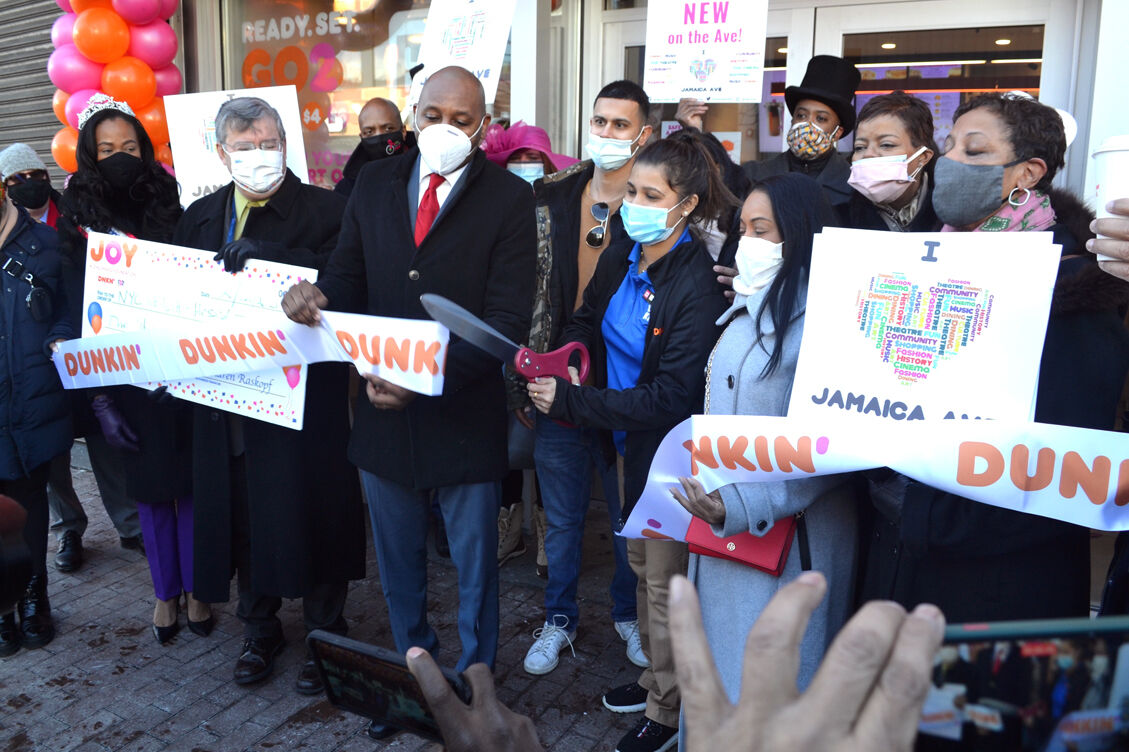 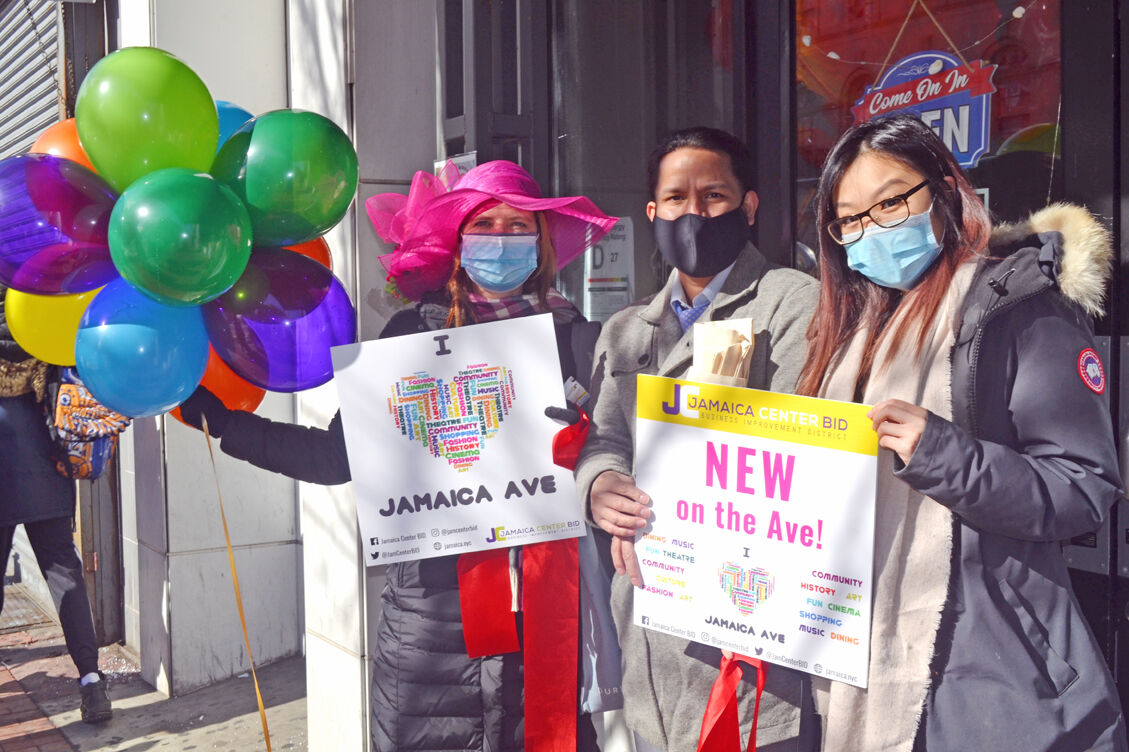 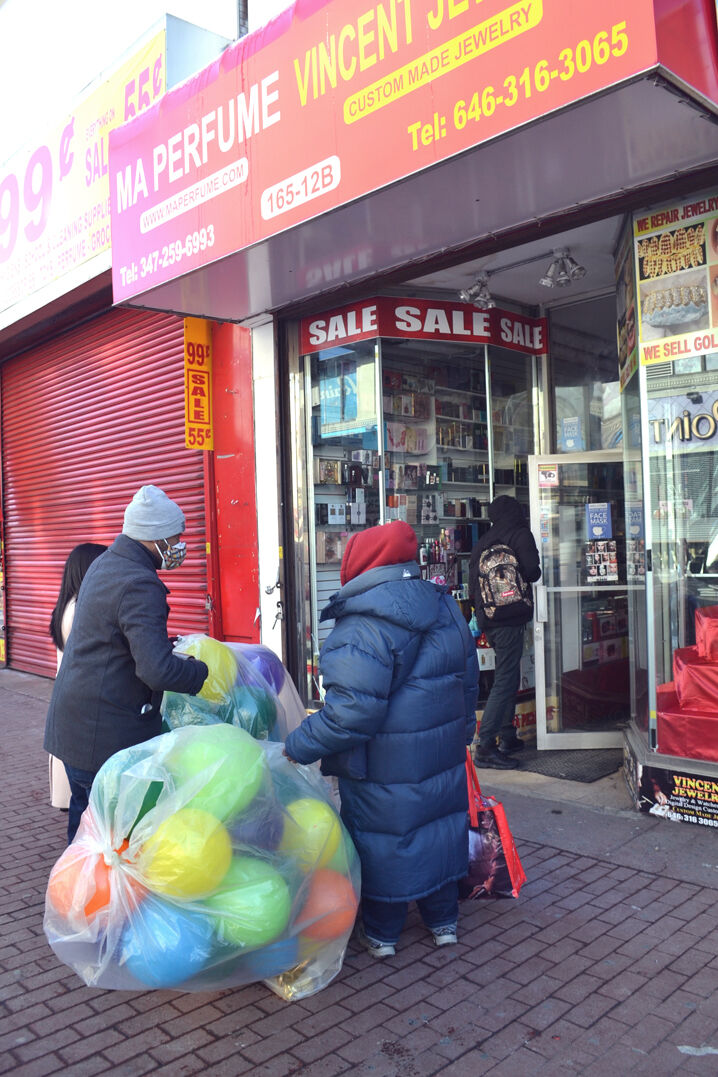 The Jamaica Center BID prepares for a celebration at MA Perfume.

The Jamaica Center BID prepares for a celebration at MA Perfume.

Small businesses, a challenge at any time, sometimes have had to try hard to find reasons to celebrate in the last year.

So when the Jamaica Center Business Improvement District wanted to recognize the opening of five businesses on Jamaica Avenue, its members took to the street on Feb. 11 and went door-to-door for a series of celebratory ribbon cuttings with balloons, elected officials and a four-member brass band.

New Borough President Donovan Richards was out at the head of the welcome wagon while the band Underground Horns offered some selections at each site.

And Jennifer Furioli, executive director of the Jamaica Center BID, was sporting a festive hat suitable for an Easter parade or Churchill Downs during the Kentucky Derby.

“This is a celebration of businesses that have opened during one of the toughest times ever for small businesses,” Furioli told the Chronicle. “We’re proud that businesses on Jamaica Avenue are not only surviving, but thriving.”

Yazeen Rowzani, owner of Dunkin’ Donuts, welcomed Dean Mihaltses, CEO of NYC Health + Hospitals/Queens, who accepted a donation of $1,000 for the hospital.

Rowzani said they officially opened last month, but welcomed the crowd as his store manager, Sabina Koli, cut the ribbon outside.

“We’re happy to be part of the Cowntown Jamaica community,” he said.

Hook & Reel is one of the exceptions, having opened originally last March.

“But right before Covid hit, when everybody had to close indoor dining,” said Trey Jenkins of the BID. He said with Gov. Cuomo’s clearance to reopen to indoor dining the next day, they felt the ribbon cutting that could not take place last year was appropriate.

General Manager Romeo Siguenza said, for example, that the restaurant had just that day obtained its liquor license.

“And we’ll be open for Valentine’s Day,” said owner Wendy He.