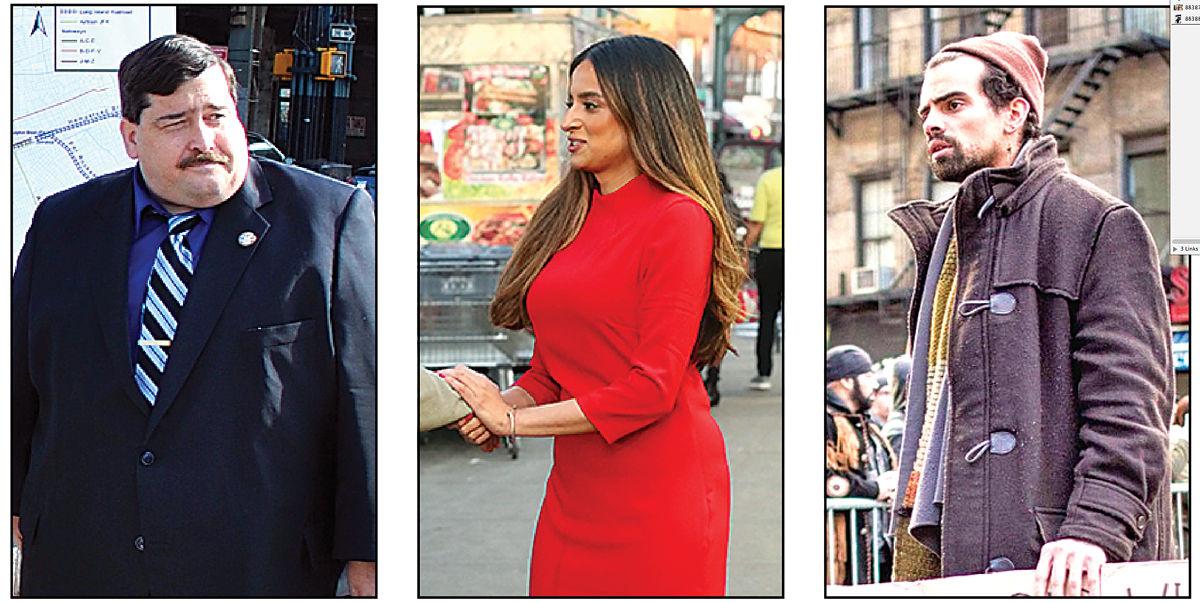 Democratic Assemblyman Mike Miller, left, has a pair of primary challengers in the 38th District, in Jenifer Rajkumar and Joey De Jesus. 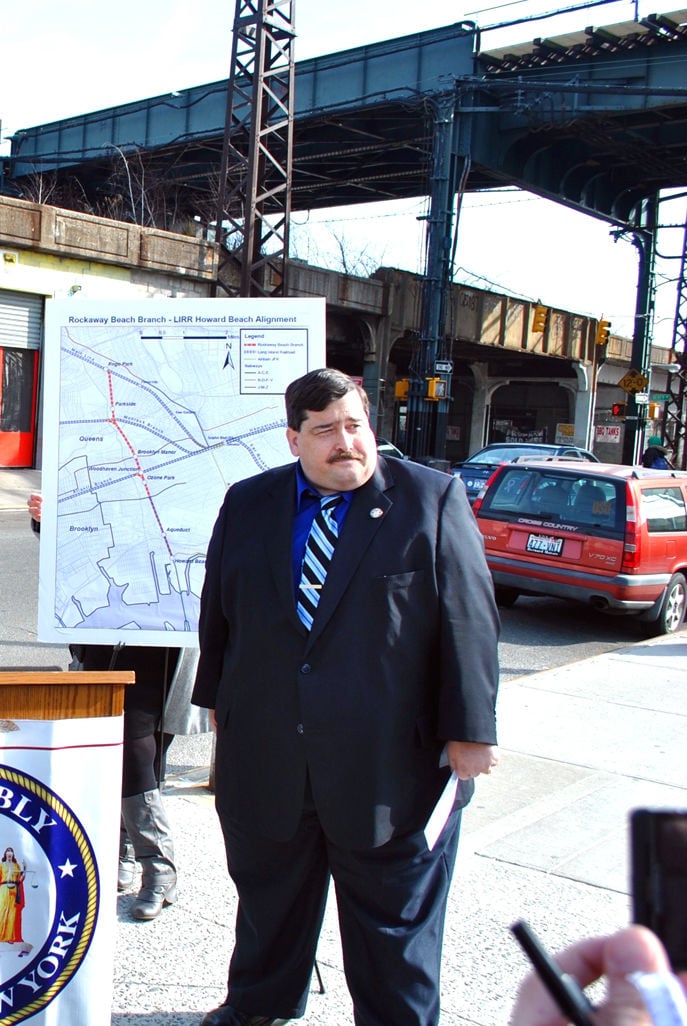 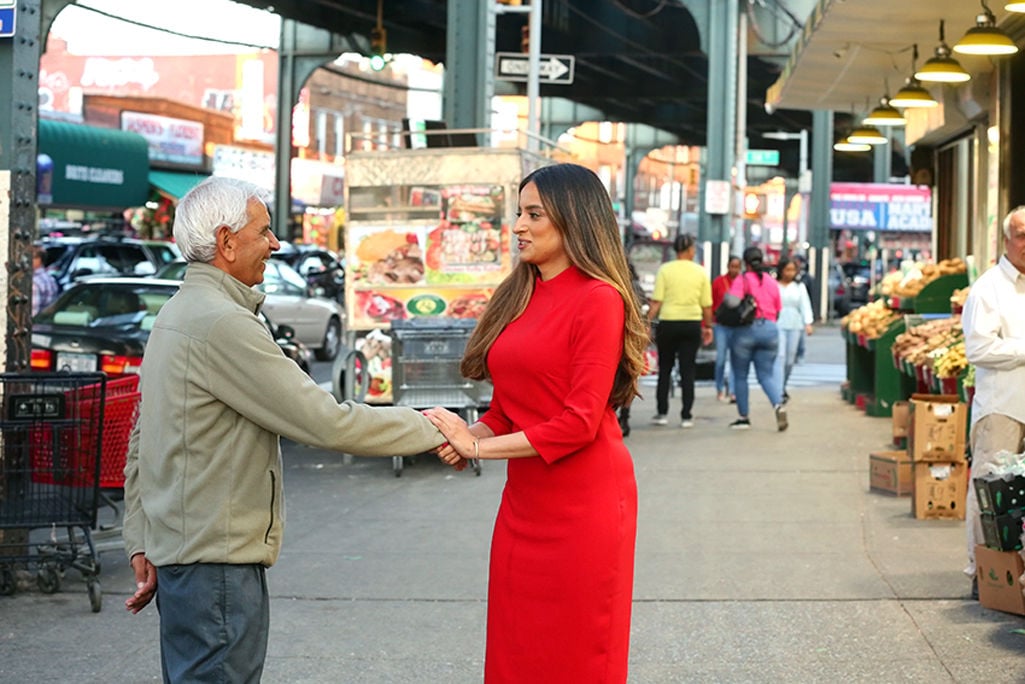 Jenifer Rajkumar, a Democratic primary challenger in the 38th District. 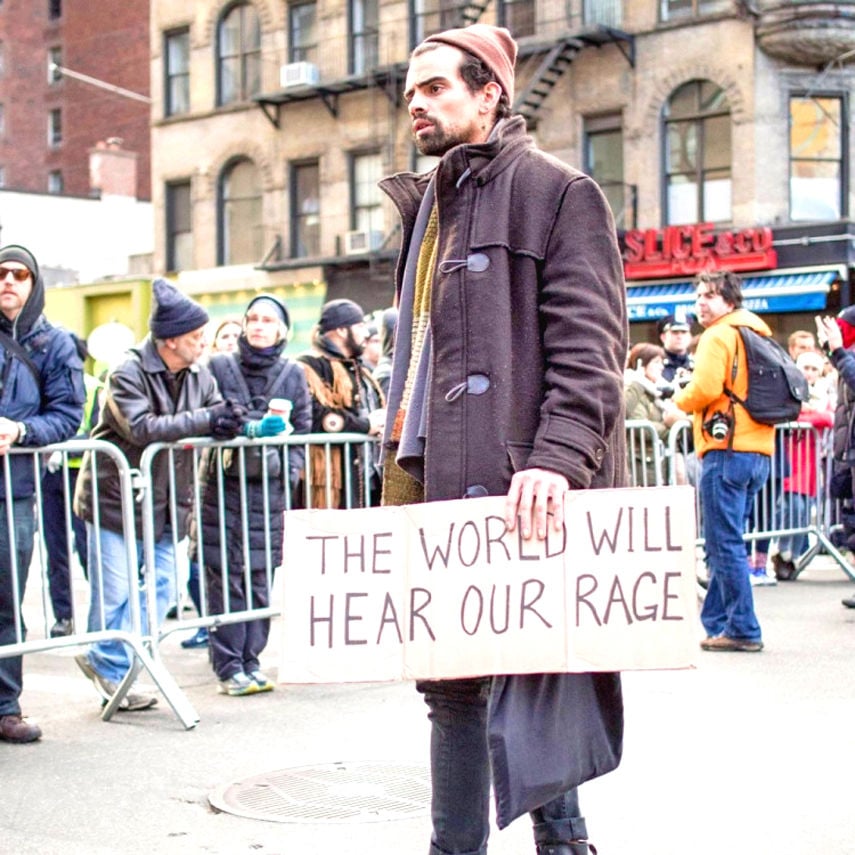 Democratic Assemblyman Mike Miller, left, has a pair of primary challengers in the 38th District, in Jenifer Rajkumar and Joey De Jesus.

Jenifer Rajkumar, a Democratic primary challenger in the 38th District.

In 2018, the lowest voter turnout of any Assembly district in Queens was in District 38, which straddles Forest Park to encompass Glendale and Ridgewood to the north and Woodhaven, Richmond Hill and Ozone Park in its bottom half.

Neither the suspense of the gubernatorial primary between Cynthia Nixon and Gov. Cuomo, nor the occasion of the midterm election following President Trump’s election brought its voters out. It had the fourth-lowest turnout of all New York City Assembly districts.

Part of the reason that it was lapped in turnout by other historically disenfranchised Queens neighborhoods like Corona and Elmhurst, in which turnout dramatically dropped off during the 2019 general election, was that those districts had competitive primaries.

State Sen. Jessica Ramos (D-East Elmhurst) and Assemblywoman Catalina Cruz (D-Corona) both pulled off dramatic upsets by bringing constituents out to the polls in impressive numbers.

Two years later, Democratic challengers have arrived in the southwestern Queens district, but the question remains: Can fresh blood energize unengaged voters in the time of COVID?

On Primary Day, June 23, Assemblyman Michael Miller (D-Woodhaven) will face his first primary challenge in eight years, but under different and more chaotic circumstances than the blue wave of 2018. Two young candidates to his left have emerged. One — Jenifer Rajkumar — outfundraised him early on in her campaign by a considerable margin.

In conversations with the Chronicle, all three candidates argued that turnout was going to spike, but for different reasons.

Rajkumar, director of immigration affairs for the state and a political science professor at CUNY, and her fellow challenger Joey De Jesus, a Ridgewood resident and adjunct poetry professor, both argued that a marginalized electorate, composed predominantly of immigrant groups in the south, is ready for change.

Miller, on the other hand, chalked up his belief that the turnout would increase due to boredom from quarantine.

“I really think a lot of people are going to be coming out this time to vote because they want to get out,” Miller said, adding that the presidential primary would also be a draw.

Miller originally won the seat back in 2009 in a special election in which less than 8 percent of registered voters participated. He ran to replace a disgraced Anthony Seminerio, who resigned after pleading guilty to taking more than $1 million in influence peddling payments, including more than $300,000 from Jamaica Hospital Medical Center.

A year later, after an unopposed primary, Miller won the 2010 general election in a turnout that was the third-lowest of any Assembly district in the whole state.

The one time Miller faced a challenge from a Democrat was during President Obama’s 2012 re-election campaign, and turnout was even lower than in his special election. Just over 2,000 people cast votes between the two candidates in the primary — a whopping 6 percent of all 32,616 registered Democrats that year. Miller received about 70 percent of the vote.

Asked why he thought participation was so low in his district, Miller surmised it was age.

“There’s a bunch of reasons that could lead to it being low. We have a bunch of seniors and sometimes they can’t make it out to go vote. You have to have a reason to have an absentee ballot. This might change it this time,” Miller said.

The New York City Campaign Finance Board reached different conclusions about the source of the low turnout: socioeconomics and demographics. In its analysis of voter turnout in Queens Community Districts 9 and 10, which overlap with three of the borough’s lowest-voting neighborhoods — Woodhaven, Richmond Hill and Ozone Park — the CFB suggested voter apathy is a symptom of underserved neighborhoods.

“The people of AD38 say: ‘All politicians are the same. Why should I vote?’ We are here to change that and provide strong, energetic leadership,” said Rajkumar of why she thought turnout is so low.

De Jesus put even more of the blame on the role of legislator.

“The onus isn’t on the people. It’s on Mike Miller. It’s his responsibility as the assemblyperson to assemble the people,” he said.

Miller said in addition to assembling a voter registration program several times a year, much of the work he’s done has been legislative. He said that he supported pre-registration and early voting legislation that Gov. Cuomo signed into law last year.

De Jesus would go further, supporting a version of the New York is Home Act, a bill introduced by state Sen. Gustavo Rivera (D-Bronx) in 2014 that would extend the right to vote to noncitizens who meet certain criteria.

All three candidates stopped their canvassing efforts as soon as Cuomo made the PAUSE order. Miller and Rajkumar have taken different approaches to mutual aid.

While Miller has worked closely with civic groups like the Ozone Park Residents Block Civic Association to hold food drives, Rajkumar said she created a coronavirus hotline that operated in seven languages, including Bengali, Punjabi, Hindi, Albanian, Polish and Spanish, in addition to providing groceries to families in need.

"De Jesus, who goes by they/them pronouns, contracted the virus in April which brought them close to their “deathbed,” but has since recovered while their team has continued to make social media posts and work through call sheets.

Absentee ballots for the primary are available for all who request them atnycabsentee.com/absentee. Early voting will begin June 13. Residents can find early voting sites at voteearlyny.org.

This story has been updated to include Joey De Jesus' use of the pronouns them and they.