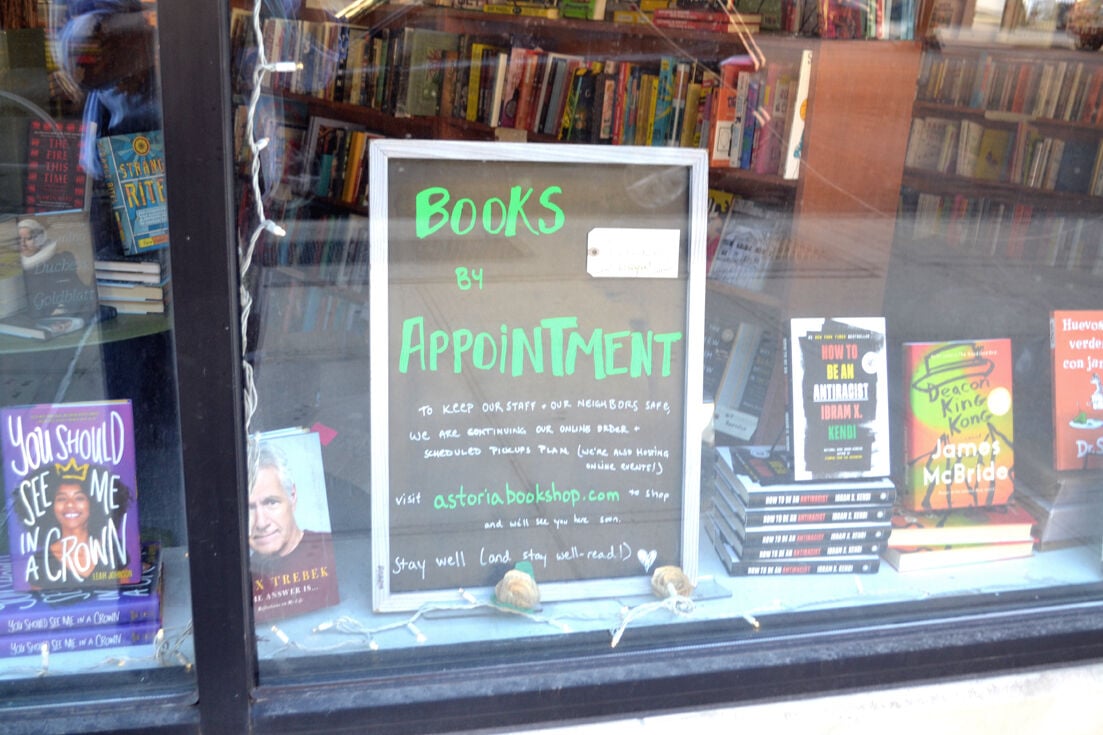 Astoria Bookshop is adjusting to life during the coronavirus with books by appointment, as customers order online and pick up materials in person, one at a time. 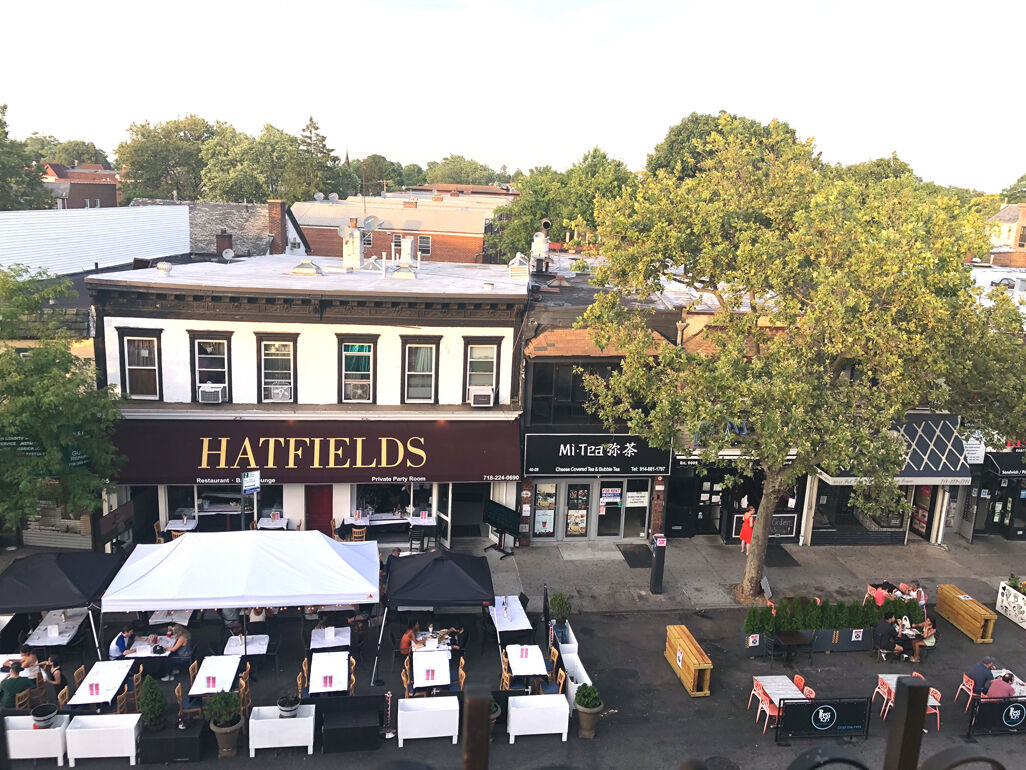 Many restaurants have provided outdoor seating to add business during the pandemic. 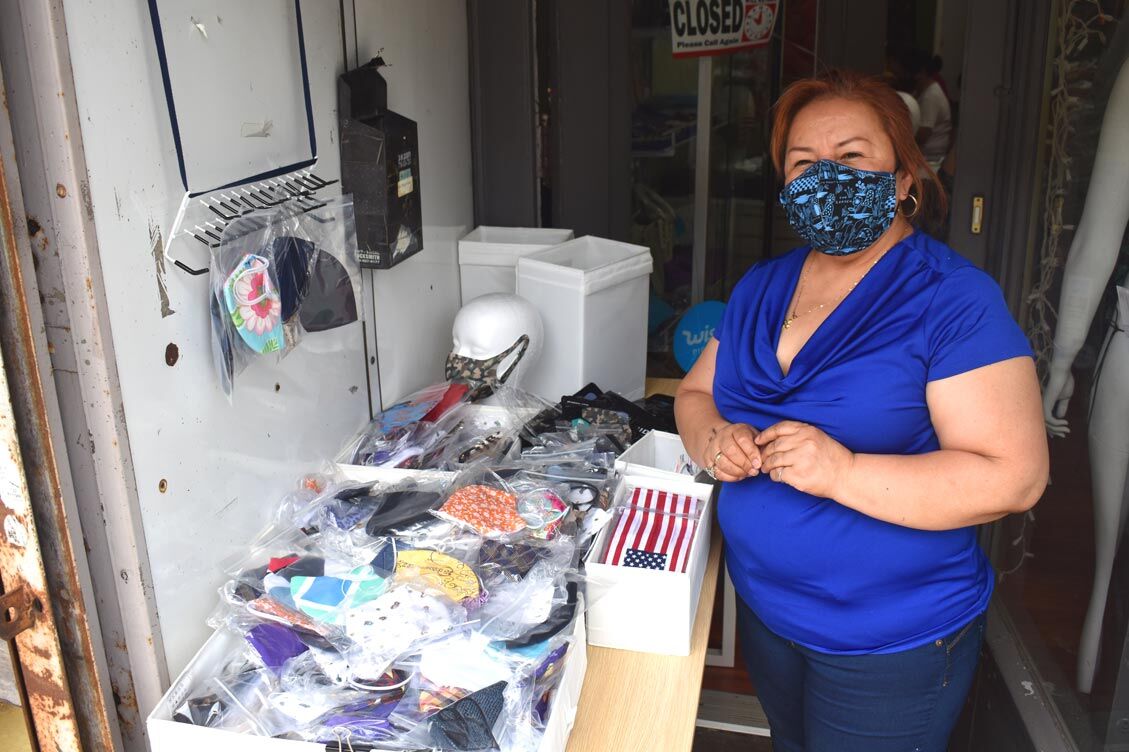 Jina’s Design Studio in Glendale began making and selling masks as sales on alterations declined sharply during the crisis.

Astoria Bookshop is adjusting to life during the coronavirus with books by appointment, as customers order online and pick up materials in person, one at a time.

Many restaurants have provided outdoor seating to add business during the pandemic.

Jina’s Design Studio in Glendale began making and selling masks as sales on alterations declined sharply during the crisis.

The good news is the number of coronavirus cases in the city is minimal compared to three months ago at the height of the pandemic. The bad news is many businesses are still struggling and figuring out how to make it work.

The vast majority that are still open are on life support, according to Queens Chamber of Commerce President Tom Grech.

She said there is a learning curve for businesses, especially as city and state guidelines for reopening seem to change on the fly.

“There’s a scramble for information, to adhere to changes and mandates,” Bean said, adding, “A lot of businesses have really struggled to comply and have been put in a very difficult position of being enforcers with their clients.”

Almost every step of the business approach has changed, according to Bean.

“You really do have to change, adjust your operational approach to almost everything,” she said.

“They’re sort of thinking about all of the ways in which you can serve customers and at the same time mitigate the risk of actually being in contact with so many people on a daily basis,” she said.

“What’s the first thing that a lot of people are going to do if they take their mask off? They’re going to put it down on the table,” Bean said of the potential contamination risk. McSorley provides a bag to customers to put their mask in so it’s not touching a surface.

“Obviously she’s cleaning the surfaces but she is somebody who is really trying to use an abundance of caution and keep the public safe,” Bean said.

She said a number of owners became creative during the pandemic. Bund on Broadway was offering dumplings in different flavors and customers who spent a certain amount could get them delivered.

“Especially when people were not going out and sort of staying at home, there were some restaurants that were really thinking very creatively,” Bean said.

She has not seen a large number of permanent business closures in the area though some owners have told her they’re in trouble.

“They are on their last legs,” Bean said on some feedback she has received. “They are desperately trying to make ends meet and make things work and they don’t know how much longer this can hold out.”

Businesses were also encouraging people to use credit cards in order to make contactless payments, though that costs the business some money on the transaction.

“But now they’re using it at a lower level,” he said.

One pizzeria, on the other hand, on Myrtle Avenue in Glendale had a surcharge added to the price for customers using a credit card.

Greenidge said business owners have to check the pulse of the community.

“The key to any business right now is adaptability and being aware of what’s coming down the pike,” he said. “If you’re not able to do that as a business manager, as a business owner, you’re going to get lost in the sauce.”

Just one borough business that’s changed is Astoria Bookshop, which offers books by appointment with online ordering and scheduled pickup plans, with one customer being allowed in at a time.

Another, Jina’s Design Studio, a clothing business in Glendale, focused on making and selling masks as alteration sales plummeted.

Restaurants have had the biggest challenge, according to Greenidge, as they’ve needed to redesign entire marketing plans and make sure they have delivery and outdoor seating. Many have shifted to outdoor dining, though if it rains, a day of business is lost.

“There’s still so much instability. People really don’t know how long this is going to last,” Greenidge said. “How long are we going to be in this state? What’s going to happen in September when there’s supposed to be a second wave?”

He said the innovation of managers and store owners has varied.

“I’ve seen some businesses go all out and really fully prepare, take care of the customers, and then I’ve seen other businesses that just put up the minimal acceptable and that was it,” Greenidge said.

A lot of smaller businesses did not receive paycheck protection program loans. He also believes bigger businesses received more, noting than an average loan was around $80,000.

“Which is substantial but when you think about it for a small mom-and-pop business, they’re not going to get $80,000. They don’t have that kind of payroll,” Greenidge said.

In order to expand, he has also advised business owners to build up their websites as many residents are still hesitant to travel outside.

“I’ve been telling businesses if you don’t have an online portion, now’s the time to develop it because we don’t know how long we’re going to be in this thing,” Greenidge said.

Grech is also advising people to look into digital platforms. The chamber is offering social media courses “for what the new environment seems to look like.”

While many businesses already had a website, Grech said there was a lot of room to improve them.

“They had websites but it wasn’t really a focus. Many of them were outdated,” he said. “Many of them did not put current products and merchandise on them and now it’s a matter of survival in many cases.”

The most important outcome of the situation, according to Bean?

“Really working to keep our spending local and to keep dollars in our local economy,” she said.