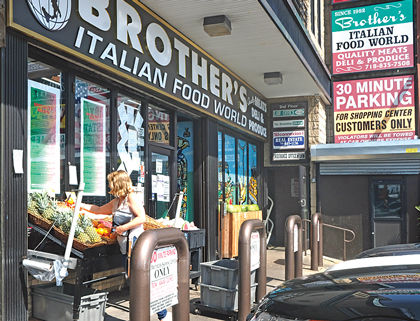 The storefront of Brother’s Italian Food World has been beckoning customers from Cross Bay Boulevard for nearly four decades. 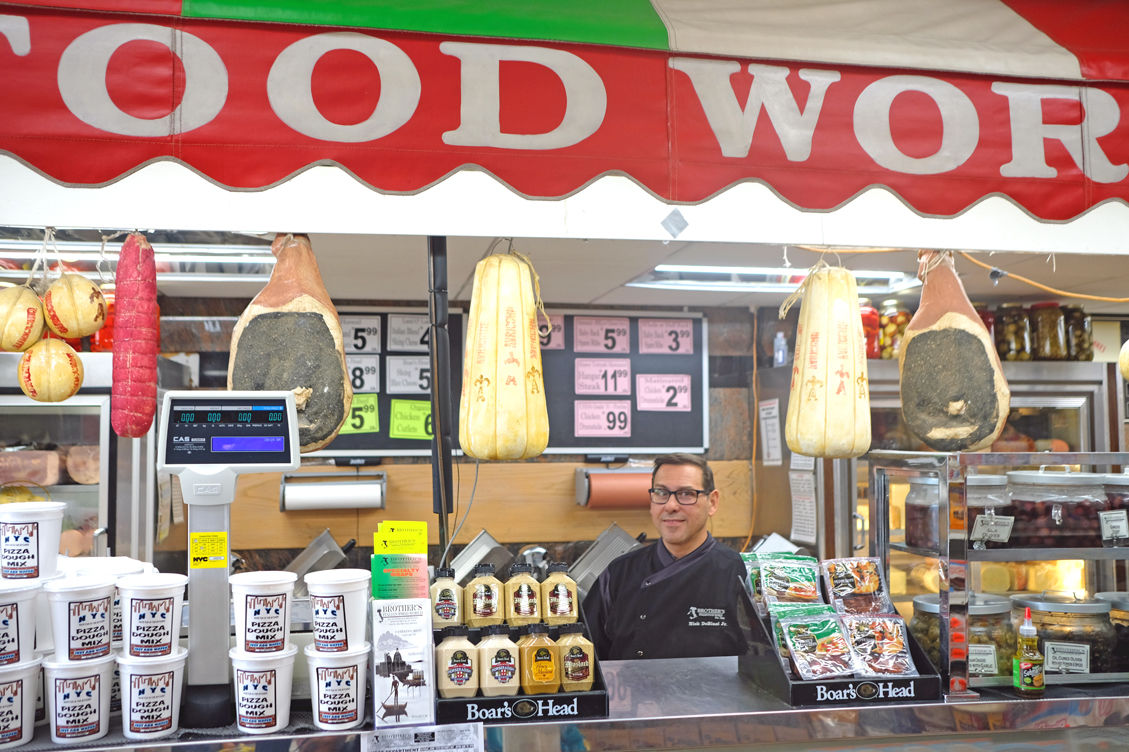 Brothers's Italian Food World owner Nick DiBasi darts in and out of the specialty store regularly to buy his inventory directly from farmers and suppliers.

The storefront of Brother’s Italian Food World has been beckoning customers from Cross Bay Boulevard for nearly four decades.

Brothers's Italian Food World owner Nick DiBasi darts in and out of the specialty store regularly to buy his inventory directly from farmers and suppliers.

Getting fired was not the worst thing ever to happen to Nick DiBlasi’s uncle Joe.

In fact, DiBlasi — owner of the unforgettable Brother’s Italian Food World in Howard Beach — can’t thank the guys enough who showed his Uncle Joe the door.

“I was 10 years old when it happened,” he said last week. But it’s the kind of thing you don’t forget.

Long story short, Nick DiBlasi Sr. was the district manager for a chain of Italian groceries in Brooklyn and Queens 37 years ago.

“The owners had some falling out with my uncle,” said Nick.

“One thing leads to another, they fire my uncle. Behind my father’s back.”

Next day, Nick Sr. quits his manager’s job and decides, with his brother, they are perfectly capable of going into the grocery business for themselves.

Nick Jr. suspects his father, who used to drive around the area scouting possible locations for the chain, had his eye on an empty storefront at 161-10 Cross Bay Blvd. for a while.

Cut to the final scene, the Italian chain is no more and Brother’s, an institution in Howard Beach, is 37 years old this week.

DiBlasi said he had no special plans to mark the anniversary, other than his usual weekly sale.

He still hasn’t gotten over the disappointment of Brother’s 25th anniversary when he decorated the place and arranged for a radio station to do a remote broadcast from the store.

“It rained all day and nobody came,” said DiBlasi. “Never again.”

Memories of his father building the store by hand and getting established in Howard Beach are a big part of his wonder years.

“For the first two years, he used to sleep here,” said Nick Jr.

“He would come home to eat dinner with us, then go back.

“When I was a kid, he took me to the market in the Bronx, Hunts Point, and showed me how to pick the produce. And how to make sure the guys wouldn’t cheat us.”

Father and son still drive three times a week to farms and distributors of specialty produce in New Jersey, Delaware and Long Island.

The Amish farmers in Pennsylvania “would make you go into the fields yourself to pick,” he said. “They’d hand you a box.”

Since then, he has added organic produce to the inventory (“Now, it’s the farmers who are the prima donnas.”) and his meat products have had starring roles on Jimmy Fallon and the Food Network.

Year 38 is starting out right.