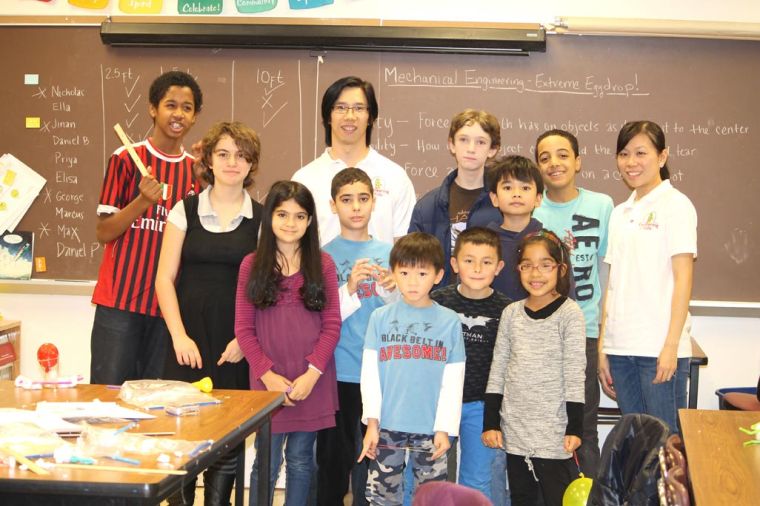 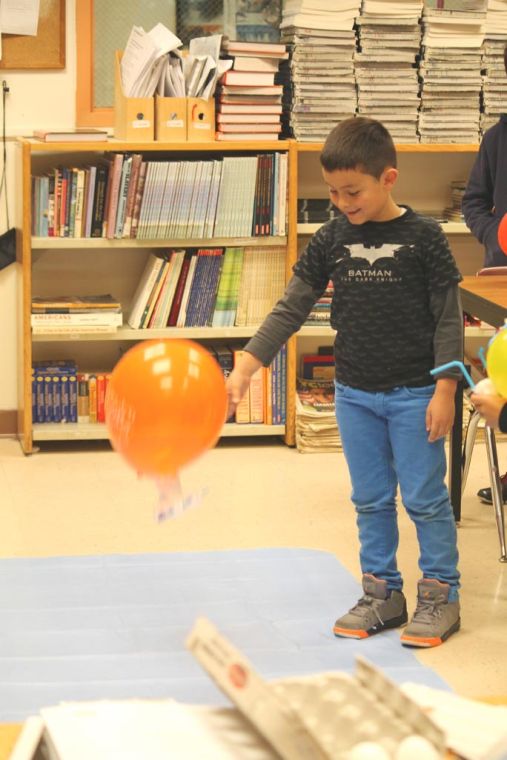 Six-year-old Nicholas drops an egg from several feet in the air to test his packaging and see if it would protect the egg. It did.

Six-year-old Nicholas drops an egg from several feet in the air to test his packaging and see if it would protect the egg. It did.

It’s Saturday morning in Jackson Heights. Outside the Renaissance Charter School at 81st Street and 37th Avenue, young children begin filing into the facility for class.

But there is little resistance to going into a classroom at 10 a.m. on a weekend. Instead, these kids, who range in age from 6 to 13, are excited and anticipatory.

Lupita Chen, one of their two instructors, tells a parent the plan for today.

“They’re going to develop protective packaging for eggs and drop them from different heights,” she said. “The kids are going to have fun with it.”

A half-hour later after a short lecture, they each received a Ziplock bag with an egg, a plastic cup, Styrofoam pellets, three straws, a balloon and cotton balls. They spent the next hour trying to figure out how to protect the egg when dropped from three heights — 2.5 feet, 5 feet and 10 feet. Chen’s husband, De Chen, assisted in helping the students build their packages and dropping it.

In the end, four of the 10 children in the class built packaging that kept the egg from breaking in a 10-foot drop. Some packed the egg in the cup tight with Styrofoam and cotton, others put cotton on the inside of the cup and Styrofoam on the outside. Some used the balloon as a parachute to slow the drop and one child used the straws to build legs for the cup carrying the egg to land on, similar to NASA’s Mars Rover, which was discussed earlier in the class.

For two hours on six Saturdays this autumn, the 10 students, many from Renaissance Charter but some from other area schools, meet to do similar projects to help them learn the basics of engineering.

The Chens are operating a Queens franchise of Engineering for Kids, a Virginia-based organization with over 60 locations throughout the United States and internationally, offering classes on aerospace, chemical, civil and industrial engineering to help kids from 4 to 14 develop math and science skills.

Chen said Engineering for Kids helps fill in a void in the American educational system left due to the lack of curricula in science, technology, engineering and math, also known as STEM, which is more common in other countries, such as China and India.

“It helps supplement their education and give them a leg up on STEM programs,” he said. “That’s an area that is lacking here.”

The workshop is limited to only 10 students.

“We aim to keep the class size small,” Chen noted.

It’s not a typical class. The organization is not directly associated with the city Department of Education, so the classes actually act as after school programs. The lab experiences take the place of homework and tests.

“We take the pressure of doing homework and studying for exams away,” he said.

The Chens’ mechanical engineering class ends in December and is one of many different programs they offer. They will soon move into new office space on Queens Boulevard in Forest Hills, which will include some space for the workshops.