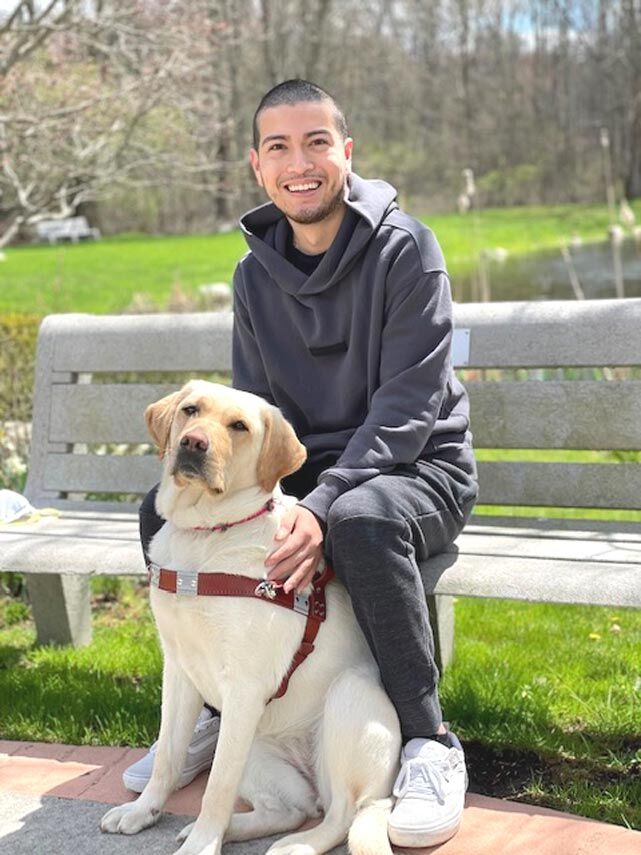 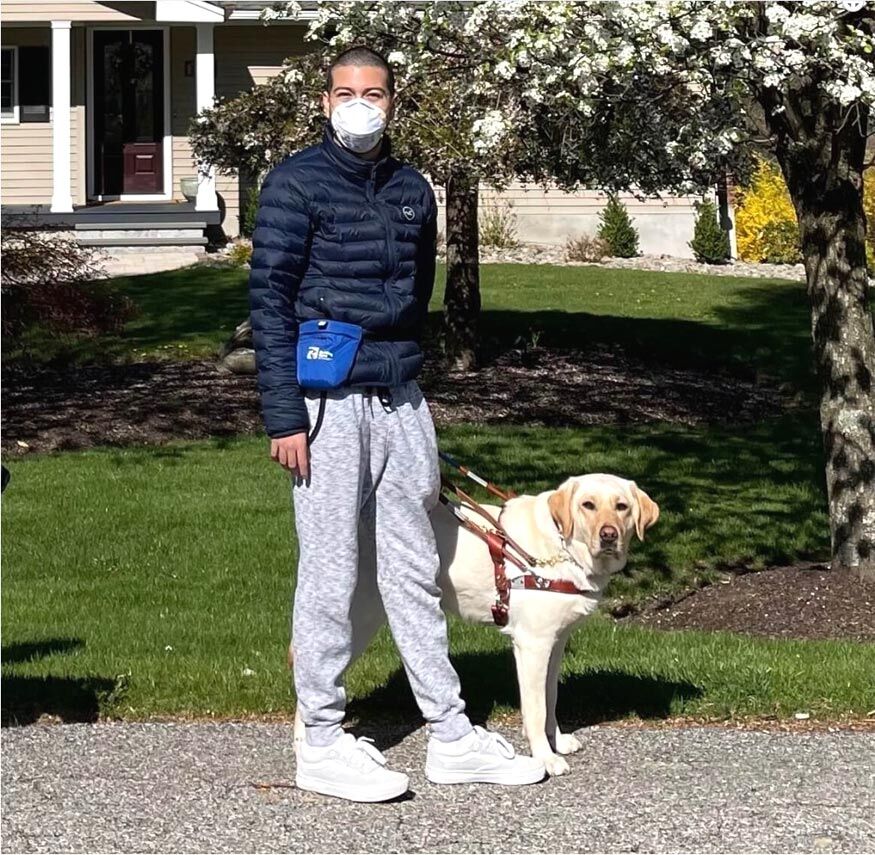 Arturo Soto can take on the world now that he has Vangie by his side.

The Flushing native recently graduated from Guiding Eyes for the Blind, an organization that equips the visually impaired with service dogs. Once matched up, the teams spend some time training together in preparation for their new lives ahead.

“I call her my superdog,” Soto said of the 2-year-old yellow Lab. “She’s a great listener ... she’s a partner in crime. I owe a lot to her because she’s given me new strength.”

Soto, who also graduated from Benjamin N. Cardozo High School this spring, lost his vision in early 2020. The drastic life transformation left him discouraged. He self-isolated from social events and withdrew from friendships.

Before Vangie, Soto relied on the use of a white cane to detect obstacles. He quickly grew tired of bumping into objects and other people’s feet. People in Soto’s life suggested he get a guide dog, who would not just detect obstacles, but help Soto navigate his surroundings and protect him from danger.

Vangie has proven to be much more than a guide dog. She’s a companion and a friend, and she helped Soto recover the self-confidence that had begun to wither along with his vision. With Vangie as support, Soto found his voice as an advocate for the blind and vision-impaired.

“When I was being trained with Vangie, we spoke about the importance of self-advocacy,” Soto said. “You don’t realize it as blind person until you’re in a situation where you have to stand up for yourself.”

For Soto, that moment was when he and his companion tried to enter a store and were turned away. The employee refused to allow Vangie indoors, despite trained service dogs being permitted in any venue when they’re serving their person, as per the Americans with Disabilities Act.

The experience inspired Soto to found the EVS Blind and Low Vision Empowerment Group with help from his teacher of the visually impaired. The group had its first meeting in June, and though not without its hiccups, was widely successful.

“Almost all of them told me something very similar [to my story],” Soto said of the participants, who mostly included young people from Queens and Brooklyn. As the group continues to grow, he hopes to include members from every corner of the city and show them that blindness isn’t a life hindrance.

“I feel like when you go through the vision loss process, what almost every person experiences is insecurity and fear. The unknown,” Soto said. “I was there and I want to guide these kids through these questions. I want them to know they can go further than they ever imagined.”

Soto is headed to Queens College in the fall, a goal he hadn’t seen himself achieving when he first became blind. He noted that continuously advancing technology would only help blind and low-vision people accomplish anything they set their mind to.

“There are really no setbacks,” Soto said, especially with Vangie at his side. “Blindness isn’t an obstacle to success ... We can go far greater distances than even sighted people can.”