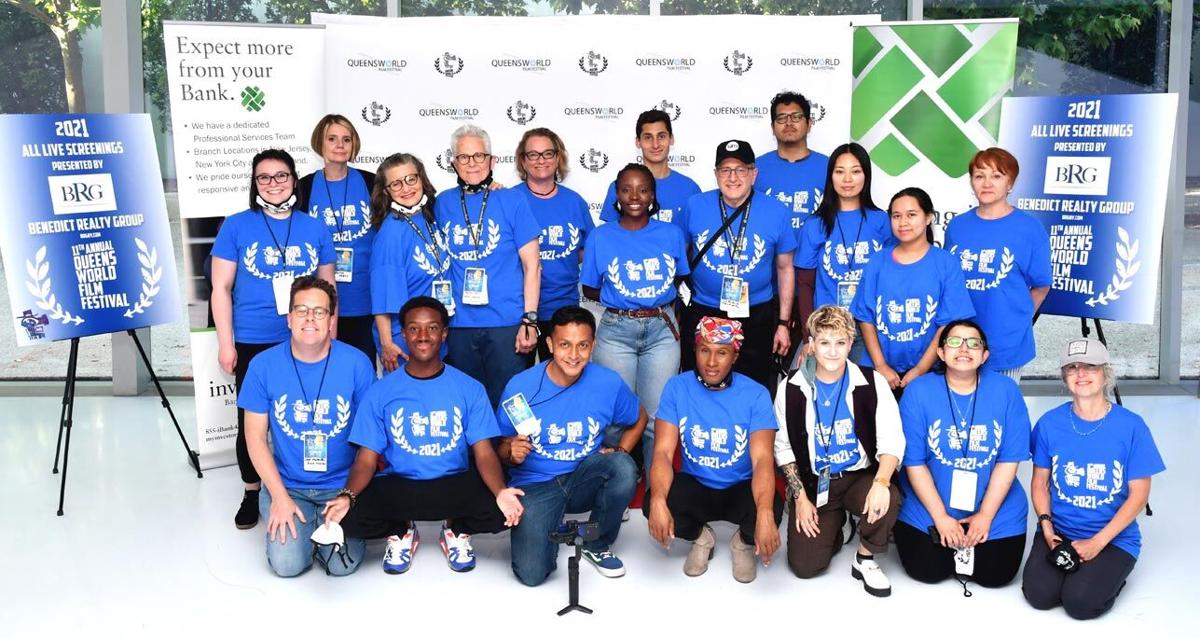 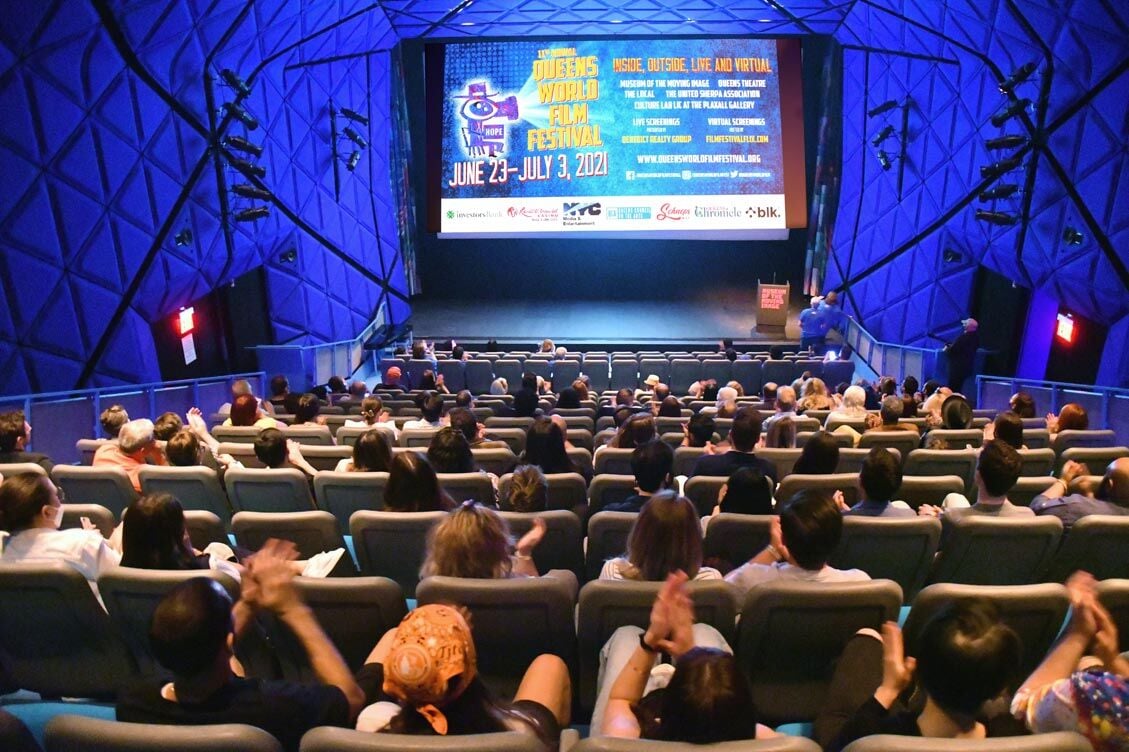 The 11th annual Queens World Film Festival opened June 23, with 198 films from 33 nations running virtually on FilmFestivalFlix.com and 133 of them screening live at five venues in Queens through July 3.

At the top, QWFF volunteers joined festival directors Katha and Preston Cato, third and fourth from left in the rear, for their own moment in front of a camera. The opening event at the Museum of the Moving Image in Astoria, above, included screenings of festival feature film “Mouse” by Queens filmmaker Adam Engel and “Rewind,” a short piece by Joseph Eigenmann. Catya Plate received the Lois Weber Pioneer Award for her forward-thinking and socially active stop-motion animation work. Opal Hope Benet received the Trailblazer award for opening doors for young women of color to take their rightful place in the next generation of curatorial talent.

Afterward, everyone gathered at Sac’s Place for food and an opening-night toast.

Queensworldfilmfestival.org has all one needs to know about the 11-day event.